03 May 2021 --- Brazilian meatpacking heavyweight JBS has launched a blockchain-powered platform to support its direct suppliers looking to boost the traceability of sustainable beef cattle breeding in the Amazon Biome. The solution monitors beef supply chains in this critical region for deforestation, labor violations and the invasion of indigenous lands.

Developed by Brazilian blockchain start-up Ecotrace, Transparent Livestock Farming Platform is an open source platform, meaning that other companies within the industry are invited to use the system. Beef producers can voluntarily sign up to the platform to keep a register of their suppliers of animals.

“Monitoring the entire beef cattle supply chain is a complex task and a challenge for the entire sector,” explains Renato Costa, CEO of JBS packaged meat brand Friboi. “JBS is contributing with a robust solution based on a continuous improvement approach.” 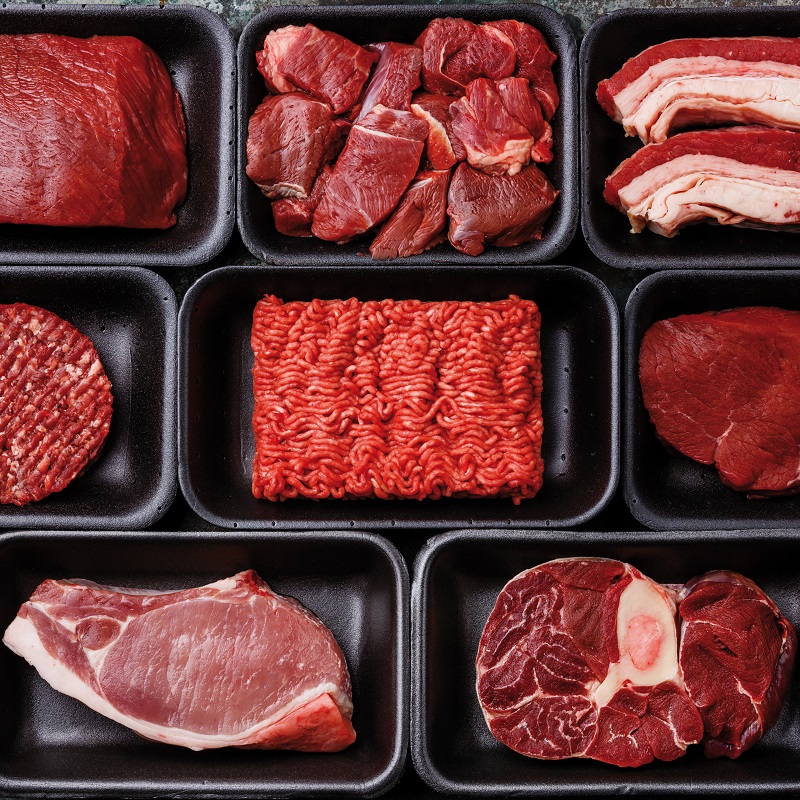 JBS aims that by the end of the year the Transparent Livestock Farming Platform will have registered producers with a total turnover of one million animals.

JBS aims that by the end of the year the Transparent Livestock Farming Platform will have registered producers with a total turnover of one million animals.

Last month was deemed the start of an essential phase in the implementation of the project, which is targeting “ground-breaking advances” in traceability. The JBS blockchain platform is one of the latest examples of the meat industry driving its transparency forward. This is in line with Innova Market Insights Top Ten Trend 2021, “Transparency Triumphs”  which signals a new era of consumer and manufacturer awareness for sustainable sourcing.

Globally, consumers are wanting to know more about their food than ever before, including its ethical and environmental impact. This is particularly poignant in the meat industry as livestock sectors are linked to greater carbon emissions and animal welfare issues come into play.

Conserving indigenous lands
The data will be sent electronically for validation by Agri Trace Rastreabilidade Animal, the system of the Brazilian Confederation of Agricultural and Livestock Farming (CNA).

Once authorized by the producer, the CNA checks if the list of suppliers is complete.

Companies accredited on the platform, like Agrotools, will process the socio-environmental compliance analysis based on the same criteria currently used by JBS, in an agreement with the Federal Prosecution Office (MPF), to check for the existence of:

The outcome of the analysis will be sent directly to the JBS supplier who will be able to view socio-environmental compliance throughout the entire supply chain for the first time.

This means they will be able to develop plans to mitigate risks and engage in actions that help producers to regularize their situations when necessary.

JBS will not have access to sensitive information, only to the consolidated analysis of its suppliers, it maintains. With blockchain technology, it will be possible to maintain the commitment to the confidentiality of third-party information.

Overall, the platform touts monitoring with “security of the data, reliability and producer engagement.”

Full engagement by 2025
A fundamental part of the project is a supply chain engagement ambition to accelerate compliance to socio-environmental standards. All beef cattle suppliers of JBS will sign up to the program by the end of 2025.

This is also the deadline, according to the Net Zero 2040 commitment announced by JBS, for the company’s beef cattle supply chain, including its suppliers’ suppliers, to be “free of illegal deforestation in the Amazon Biome and the other biomes in Brazil by 2030.”

JBS’ monitoring activities span a region greater than the size of Germany and evaluates 60,000 potential supplier farms every day.

The global market’s second-largest food company and animal protein heavyweight has also made a commitment to zero the balance of its greenhouse gas emissions across its entire, diversified value chain, reducing the intensity of direct and indirect emissions and offsetting all residual emissions.

Monitoring its entire production chain in the Amazon is deemed a fundamental part of the JBS strategy on the path to carbon neutrality. The JBS’ net zero target covers the company’s entire global transactions – spanning farm farmers, suppliers and clients – in its efforts to achieve net zero emissions in 2040.

Monitoring a region larger than Germany
For more than ten years, JBS has monitored all its beef cattle supplier farms for the company using a satellite imagery system. This monitoring includes over 540,000 km² (or 54 million hectares, greater than the size of Germany), and evaluates 60,000 potential supplier farms every day.

Based on this system, more than 11,000 properties have already been suspended for not complying with the JBS Responsible Raw Material Procurement Policy, the meatpacking giant reports.

The system is touted by the company as “the world’s largest program of its kind” and the data it gathers are independently audited.

The most recent audit confirmed that 100 percent of the company’s direct purchases of beef cattle were compliant with strict policies on the acquisition of raw materials, JBS maintains.

Road to end-to-end traceable food systems
Over the last year, the transparency movement in the F&B sector has gained traction with the introductions of blockchain-enabled livestock tracking, “bean-to-bar” cocoa tracking, anti-deforestation geospatial surveillance and ingredient sourcing that uses AI.

What is pegged as the “first blockchain coffee coming from Honduras” was recently released by Massimo Zanetti Beverage Group. The “farm-to-cup” traceable beverage offers consumers a scannable QR code on packs of Segafredo Storia to discover what kind of coffee it is, where it has been grown, and by whom.

Last March, Farmer Connect, a global supply chain software, secured US$9 million in a Series A investment round for its platform that helps promote traceability for raw material commodities.