Meanwhile, the pig disease has been confirmed in South Korea as it continues to spread across Asia

18 Sep 2019 --- The National Pig Association (NPA) in the UK has called for a more robust approach from Government and the UK port authorities to prevent the outbreak of African swine fever (ASF) spreading to Britain – something which one UK minister has recently flagged as “likely within a year.” Farming Minister George Eustice made the “startling admission” as he responded to a letter from the NPA which is growing increasingly concerned over the possible risks to the country’s pig industry and doesn’t believe government is taking the issue seriously enough.

This news comes as the virus continues to spread across Asia and has now been confirmed in South Korea.

Commenting on the government’s efforts to keep ASF out of the country, Eustice says: “The UK risk level is currently set at medium, which means an outbreak is expected within a year.” Eustice said Department for Environment, Food and Rural Affairs (Defra) and the devolved authorities are actively working with UK Border Force to improve intelligence sharing and detect and seize illegal imports and to raise awareness among travelers about the risks of bringing in potentially infected animal products.

Last July, Defra launched a border protection campaign to safeguard the country’s pork and pig industries and warned holidaymakers of contamination risks. At the time, it was understood this campaign signaled that the UK government was stepping up its efforts to keep the damaging animal disease out of the country.

“If the disease was found in this country, it could have a devastating impact on the UK’s commercial pig stock of five million pigs, as well as the trade of our pork products,” Defra warned as it rolled out the campaign.

The disease, which poses no threat to human health but is fatal for pigs, has already spread widely across Asia – including China and Vietnam – and parts of Central and Eastern Europe. Cases have also been reported throughout Sub Saharan Africa.

ASF has led to the deaths of more than 800,000 pigs and wild boar in Europe and an estimated four million pigs in Asia, causing global pork prices to rise. The outbreak has also led to ASF-prevention measures being introduced in several countries. Earlier this month, the European Commission underscored the crucial importance of multi-sectoral cooperation to control ASF and prevent further spread across Europe. Extra vigilance and preparation are imperative, particularly “due to the peak of the disease during the summer season,” it warns. 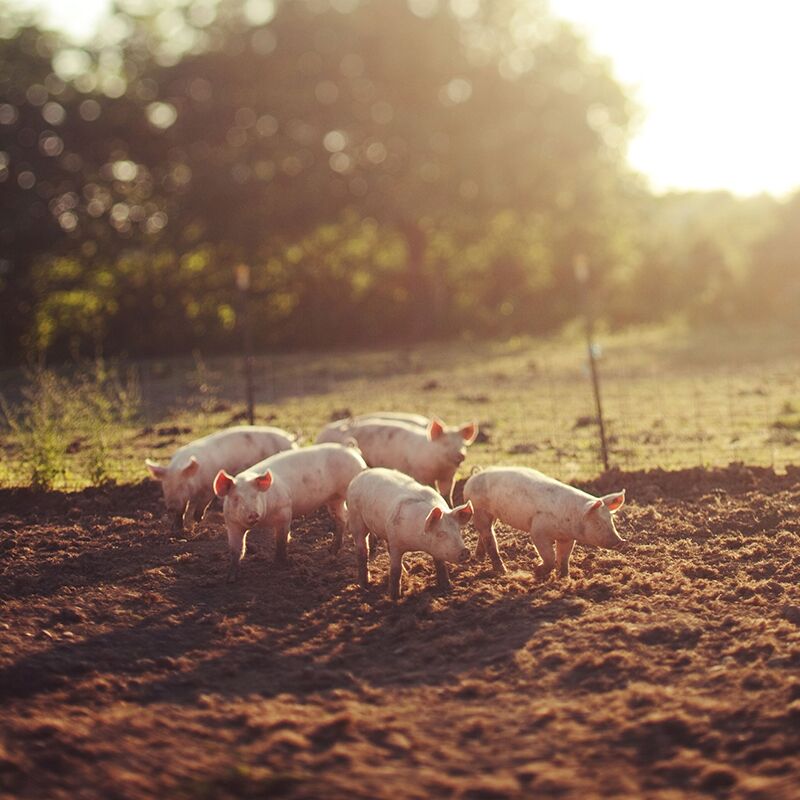 Click to EnlargeThe disease, which poses no threat to human health but is fatal for pigs, has already spread widely across Asia.Lackluster implementation?
Yet since last summer’s Defra-run campaign, the NPA says it has witnessed “precious little evidence that the policies are being implemented with any rigor.”

“We don’t think UK Border Force is taking this seriously enough,” says NPA Chief Executive, Zoe Davies. “We are not seeing the posters being displayed with any consistency or prominence at ports and airports and there has been little interest shown in helping Defra to promote these crucial messages.”

The authorities in England are lagging behind the Devolved authorities, which have been far more proactive in displaying posters and checking baggage, she explains. For example, checks in Northern Ireland in June resulted in the seizure of 300kgs of illegally imported meat and dairy products and the worrying discovery of the ASF virus in sausages.

“But in England, we haven’t seen any posters at all and Border Force has stated that they do not intend to carry out targeted baggage checks. There are also only two sniffer dogs deployed across the entire country, which is woefully inadequate. We have called for more, but are told it is too expensive.”

“If a government minister really thinks the virus will be here within a year, it is patently obvious that more resources and effort is needed to keep it out. And Border Force needs to demonstrate that it understands the scale of the threat.”

ASF has wiped out almost half of China’s pig herd since last August, which equates to the entire EU production.

Now, the NPA is concerned about the chances of an ASF outbreak in the UK which would have a devastating impact, not only on the UK pig sector but also on the many families and businesses that rely on rural trade.

The government has estimated it could cost the country £90million (US$112m) – which the NPA believes is actually an underestimation as it does not take into account the loss of export markets, currently worth £470 million (US$585) a year.

Asia outbreak
The virus was discovered at a pig farm in Paju, near the border with North Korea, which reported its first case of ASF in May, South Korea’s agriculture ministry said earlier this week.

Nearly 4,000 pigs will be culled to prevent the spread of the virus, while South Korea is raising its addition animal disease alert level to the maximum. The ministry also ordered a nationwide movement ban of pigs and related livestock for 48 hours while it looks into the source of the virus.

The virus has spread across Asia since it was first detected in China in August 2018. It has also affected Vietnam, where more than 2.6 million pigs have been culled, Mongolia, Cambodia, Laos, Myanmar, Hong Kong, North Korea and the Philippines.

South Korea has a pig population of around 11.3 million and pork is the country’s most popular meat, with 27kg of pork consumed per person in 2018, according to data from the country’s agriculture ministry.

The UK currently exports small volumes of pork to South Korea, according to NPA. The UK and South Korea recently reached an agreement that ensures the current Free Trade Agreement between the EU and Korea will continue to apply in the UK if Britain leaves the EU without a deal in place.

06 Jul 2020 --- New analysis in the journal Proceedings of the National Academy of Science (PNAS) describes a group of H1N1 swine influenza viruses that have “the... Read More

18 Jun 2020 --- The COVID-19 pandemic has left a wide-sweeping mark on the global meatpacking sector, with the Germany-based Tönnies Group’s plant being the latest in a... Read More