You are in : All News > Plastic in a circular economy: Major players form UK Plastics Pact 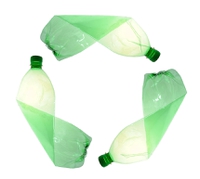 26 Apr 2018 --- The UK Plastics Pact plans to eradicate single-use plastic waste from the supply chain and has been signed by more than 40 major players in the food and non-food industry. Leading UK retailers, Tesco, Sainsbury's, Morrisons and Waitrose are among the businesses supporting the pledge.

The UK Plastics Pact is claimed to be the first of its kind in the world. It will be replicated in other countries to form a global movement for change as part of the Ellen MacArthur Foundation’s New Plastics Economy initiative. The pact is being led by The Waste and Resources Action Programme (WRAP), UK not-for-profit organization and “sustainability experts.”

Moreover, it is a multi-sectoral collaboration which brings together businesses from across the entire plastics value chain, with UK governments and NGOs also on board to tackle the scourge of plastic waste and to transform packaging.

The announcement comes amid a wave of attention focused on plastics plight on the environment in the UK, and a host of interventions have been launched to tackle the mammoth problem. These include a ban on plastic straws and the introduction of a deposit returns scheme. Global-giants such as Nestle have also committed to making leaps toward renewable packaging, striving for a circular economy approach.

The UK Plastics Pact hopes to have a sweeping effect on plastic pollution with its high sign-up rate – the 42 members so far are responsible for over 80 percent of the plastic packaging on products sold throughout UK supermarkets – and its multi-sectoral collaborative approach.

The pact “unites everybody,” as truly reshaping the future of plastics requires “a whole-scale transformation of the plastics system and can only be achieved by bringing together all links in the chain under a shared commitment to act. That is what makes thClick to Enlargee UK Plastics Pact unique,” says Marcus Gover, WRAP CEO.

Furthermore, Ellen MacArthur, founder of the Ellen MacArthur Foundation says, “We are delighted to launch this pioneering national implementation initiative with WRAP in the UK. This bold new pact will bring together businesses, policymakers and the public to create a circular economy for plastics that tackle the causes of plastics waste and pollution, not just the symptoms.”

She goes on to detail how the initiative will focus on innovation, better packaging design and end-of-use systems “that will not only generate long-term benefits for the environment but is also a huge economic opportunity.”

The Ellen MacArthur Foundation was established in 2010 with the aim of accelerating the transition to the circular economy. Since its creation, the charity has emerged as a global thought leader, putting the circular economy on the agenda of decision-makers across businesses, governments, and academia.

FoodIngredientsFirst has previously reported on innovative approaches to alternative materials, including the biobased Extendo and Nativia ranges from Taghleef, that can adequately package foods products and also be couched within a circular economy model.

Food and beverage products launched with biobased and biodegradable packaging claims have quadrupled from 2013 to 2017, Innova Market Insights data has found. This displays clear opportunities for the mainstreaming of innovative alternative materials that could replace single-use plastic, as just one facet of a fully formed approach to creating a circular economy.

The UK Plastics Pact is the first of the initiatives set out by the Ellen MacArthur Foundation’s New Plastics Economy initiative, but the second country, Chile, will follow later this year.

“We encourage others around the world to help drive this momentum towards finding global solutions to what is a global problem,” MacArthur concludes.

Arla Foods UK who have signed up to the pact, tell FoodIngredientsFirst that it aligns with their global 2020 growth strategy of 100 percent recyclability of plastic, 50 percent food waste reduction and zero percent waste to landfills from their sites. In fact, they hope to read these goals before the UK Plastics Pact target of 2025.

They further detail a recent sustainable announcement of a “£33.6 million investment in our Aylesbury dairy, where we will create new facilities for the production of products using flexible pouches. Our Arla Protein pouches have shown that there is a potential market for packaging like this. Flexible pouches are very lightweight, which saves energy during production and transport as well as reducing the amount and weight of packaging material by almost half vs. a conventional plastic bottle (HDPE). The manufacturing process of flexible packages also requires less water, less energy and emits less greenhouse gas. Once empty, the pouches can be flattened, reducing the amount of space they take as waste. We feel this warrants investment so we can further test the potential wide-scale use of this material for our products," says Felicity Callaghan, Head of Media Relations, Arla Foods Limited.

FoodIngredientsFirst has reached out to WRAP, Nestle and Sainsburys for further comments on the announcements.

In similar news, Waitrose announced today that they have pledged £1 million to tackle plastic pollution, in the form of £500,000 to new Commonwealth research fund and £500,000 to the Marine Conservation Society, to aid beach and river cleans across England for another year.

This builds on the industry-leading steps Waitrose has already taken to reduce the risk of plastic reaching marine life. In September 2016, it became the first supermarket to stop selling items containing microbeads and exclusively sells paper stem cotton buds, and of course, it is one of the 40 businesses that has signed up to the UK Plastics Pact.

27 Apr 2021 --- More than three-quarters of UK consumers are concerned about climate change, according to a recent YouGov consumer omnibus survey conducted on behalf of First Milk.... Read More

22 Apr 2021 --- PepsiCo plans to spread regenerative farming practices across seven million acres, equal to the same size of land it uses to grow crops for the F&B... Read More