You are in : All News > Open blockchain pilot: Nestlé tests technology to trace origin of its products 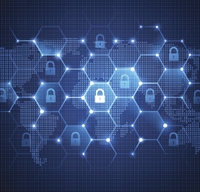 02 Jul 2019 --- Nestlé will “break new ground” in supply chain transparency through a collaboration with OpenSC – an innovative blockchain platform that allows consumers to track their food right back to the farm. As a result, the Swiss giant will become the first major food and beverage company to announce that it will pilot open blockchain technology in this way as part of a group-wide strategy towards full transparency.

The initial pilot program will trace milk from farms and producers in New Zealand to Nestlé factories and warehouses in the Middle East. Later, the technology will be tested using palm oil sourced in the Americas.

Founded by WWF-Australia and The Boston Consulting Group Digital Ventures, OpenSC has developed a platform that will give anyone, anywhere access to independently verifiable sustainability and supply chain data.

Nestlé says these pilots will give the company better insights to understand how scalable the system is.

“We want our consumers to make an informed decision on their choice of products – to choose products produced responsibly. Open blockchain technology might allow us to share reliable information with consumers in an accessible way,” says Magdi Batato, Executive Vice President, Head of Operations, Nestlé S.A.

“This open blockchain technology will allow anyone, anywhere in the world to assess our responsible sourcing facts and figures,” adds Benjamin Ware, Global Head of Responsible Sourcing, Nestlé S.A. “We believe it is another important step towards the full disclosure of our supply chains announced by Nestlé in February this year, raising the bar for transparency and responsible production globally.”

Nestlé has been involved in industry collaboration to improve product traceability and strengthen consumer trust for some time. It has piloted blockchain technology since 2017, most prominently with IBM Food Trust.

In April, the multinational gave consumers access to blockchain data for the first time, through Mousline purée in France. Using the QR code on the product’s packaging, each consumer can use a secure platform on their smartphone to access information on the production supply chain, including the varieties of potato used, the dates and places of manufacture, information on quality control and places and dates of storage before the product reaches the shelves.

Blockchain technology applied to Mousline instant mashed potato, a product familiar to everyone in France, will highlight the expertise of the farmers and those involved in ensuring the quality of the brand.

A blockchain, or distributed ledger, can be defined as a continuously growing list (digital file) of encrypted transactions called “blocks” that are distributed (copied) to a peer-to-peer (P2P) network of computers. The structure of blockchain means that it is a decentralized, distributed and public digital ledger that is used to record transactions across many computers so that the record cannot be altered retroactively without the alteration of all subsequent blocks and the collusion of the network. In turn, this allows the participants to verify and audit transactions inexpensively.

In the food industry, blockchain is presented as an opportunity to bring greater efficiency, transparency and traceability to the exchanges in supply chains. It, therefore, has the potential to play a key role in protecting food integrity.

Events in recent years, such as the sale of horsemeat as beef in Europe and the deliberate contamination of strawberries with needles in Australia, highlight the topicality of food fraud, defense and safety concerns. All food businesses are exposed to such supply chain threats and vulnerabilities, which, if not prevented or adequately responded to, may result in illness and death, as well as in economic and reputational damage to individual companies, and indeed the wider food industry.

Blockchain is touted as part of the solution, with Walmart being the most high profile retailer to make a move in this area, by demanding that suppliers of lettuce and spinach adopt the system. Nestlé started using blockchain in 2017 when it joined the IBM Food Trust as a founding member.

While rapidly pinpointing potential food contamination is one of the major virtues of blockchain, growing consumer demands around exactly what is in food and precisely where ingredients come from as well as any environmental impacts, are also pushing up demand for blockchain technology.

FoodIngredientsFirst has reached out to Nestlé for more information.

Researchers at Finland’s Aalto University have developed and tested a pilot app to help consumers evaluate their shopping choices and offer new insights about the... Read More

A team of biotechnology and blockchain specialists in Greece are using olive oil DNA to generate a fraud-proof genetic barcode for each bottle. With funding from... Read More