You are in : All News > “No-deal” tariffs impact report: Food price spikes, weekly grocery bill set to rise for UK shoppers in wake of Brexit 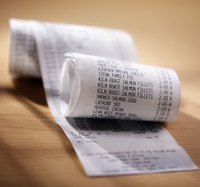 22 Jan 2019 --- A new report examining the potential impact of “no-deal” tariffs on the average weekly shop of UK residents as well as the impact a hard Brexit would have on takeaway/restaurant spending, shows grim consequences for British consumers. The results find that a year's worth of tariffs could come to the same amount as two weeks' worth of groceries and money spent eating out – regardless of budget.

As the UK heads towards the increasingly likely scenario of a “no-deal” Brexit, the anticipated spike in food prices has come under the spotlight once again. Tariffs will affect imports to the UK if there is no trade deal in place by the March 29 (and no transitional agreement to cover the time between leaving the EU and the implementation of a new trade deal). In that case, trade will be bound by the World Trade Organization (WTO) terms and imports to the UK will be subject to “Most Favored Nation (MFN)” tariffs.

Click to EnlargeAccording to NimbleFins, tariffs result in higher food prices because the UK imports 30 percent of the food consumed from the EU. In the event of a “no-deal” Brexit with no trade deal, tariffs will be owed on these imported food items, ultimately increasing costs for the average UK consumer. A company that imports any good(s) from abroad may be required to pay a tariff to the UK government based on the value (and sometimes the weight) of the imported goods. Companies along the supply chain may then pass the tariff costs along to customers through higher prices, making goods more expensive to buy, the report highlights.

Speaking to FoodIngredientsFirst NimbleFins’ Founder and CEO, Erin Yurday, advises consumers to shop with a “watchful eye” in the event of a “no-deal” because the prices of their favorite foods could rise without warning as retailers pass through tariffs.

“Food is a necessity and, for many households, already a significant budget item. Given that we currently import around 30 percent of our food from the EU, it’s critical to consider the direct impact of tariffs on this aspect of everyday household spending. Rising food prices will make it harder for families to find room in their budgets for healthy foods,” she says.

The average UK household (spending £66/US$85 per week on groceries, including drinks) could pay an extra £132 (US$170) per year due to tariffs on their food and beverage shopping. As a consequence of these tariffs, UK households could pay 3.8 percent more to eat at home, raising the cost of the average weekly shop from £66 to £68.54 – an increase of £2.54 (US$3.28) per week. The biggest impacts to wallets would come from dairy, beverages and meat, notes the report.

“There are a lot of scenarios possible, including an Article 50 extension which may see the risk of a “no-deal” Brexit pushed off – but it would still be on the table. People need to be mindful of the potential ‘no-deal’ consequences as they talk with their MPs,” Yurday continues.

A “no-deal” Brexit is also likely to have a disproportionate impact on poorer members of society and any type of rise in the food basket could see families ditching healthy foods, such as fresh produce, in favor of convenient and cheaper items.

Click to Enlarge“We estimate that a year’s worth of ‘no-deal’ tariffs is equivalent to two weeks’ worth of food and drink spending. Households with enough disposable income may find the tariffs frustrating, to be sure, but households with a tight budget may struggle to put the same amount and quality of food on the table in a ‘no-deal’ environment. Many British households will have a harder time sticking to government recommendations regarding healthy eating,” Yurday explains.

“In an environment of rising food prices, we would expect households on a budget to reduce the frequency they eat out, instead opting to save money by cooking at home. The takeaway and restaurant sector could suffer as a result.”

The latest “no-deal” Brexit report comes as UK Prime Minister Theresa May is trying to find a way to break the Brexit deadlock after last week’s historic defeat in the House of Commons where UK MPs rejected the Withdrawal Agreement. May wants to win over the major opposition in the Conservative Party and resolve concerns over the “backstop” which is planned for the Irish border, among other issues.

But the prospect of an impending “no-deal” is plunging the food industry into further chaos as key leaders across various sectors call for clarity, warning of the dangers that a “no-deal” scenario will bring.

Tariffs for different levels of spending

Depending on the size of the budget, UK residents may spend more or less than the “average” household spends on food and drink in total. To consider the impact of tariffs for different budgets, NimbleFins estimated the results for a range of food and drink spending from £50 (US$64) to £200 (US$258) per week. Roughly speaking, for every £50 (US$64) spent on food and drink each week, people should expect to pay around £100 (US$129) extra each year due to tariffs.

Click to EnlargeThe NimbleFins report follows a previous Barclays Brexit report (published in September 2018) which says that failing to reach a Brexit deal could end up costing £9.3bn (US$12.2bn) a year as food retailers and their supply chains face a mass of additional tariffs as a result of the UK not negotiating a trading deal with the EU. The Barclays report calculates widespread disruption and price hikes with the “hard Brexit” model forecast to create an average tariff of 27 percent for food and drink supply chains which is significantly more than the 3-4 percent levy that would hit non-food products.

It also follows warnings from Guillaume Planque, Head of Product Management – Sugar & Sweetening Solutions at French-headquartered Tereos. The executive from the world’s number two sugar producer, claims a “hard” Brexit would have devastating ramifications for the European sugar industry with tariffs of over 100 percent entering into force if no deal is signed prior to the UK’s exit date from the EU.

The NimbleFins report concludes that while no one can predict the time frame for future trade agreement negotiations, with the UK due to leave the EU in less than three months it seems highly likely that imports will be taxed under WTO rules for a time. NimbleFins says that its analysis is meant to determine the potential impact of MFN tariffs on the average UK household's food budget, should this be the case.

Last week, key players in the UK food industry and the European agri-food chain reiterate their grave concerns over the possibility of a “no-deal.” This includes organizations such as the UK Food and Drink Federation, Copa Cogeca and FoodDrinkEurope.

Click to EnlargeIn her latest statement, Helen Dickinson, Chief Executive of the British Retail Consortium, says: “For all the Parliamentary games over the last couple of months, we appear to be little closer to a solution, ready to be implemented before March 30th, that ensures frictionless, tariff-free trade with the EU. And while Parliament remains fractured, the retail industry is united in saying that a ‘no-deal’ Brexit would be disastrous for both business and the public. If we want to avoid higher prices and less choice on the shelves, then Parliament must take steps to ensure we avoid a ‘no-deal’ scenario at all costs.”

“While we welcome the Prime Minister's offer of engaging with business groups, the first priority must be to ensure we have an agreement that can get us to a transition period,” she adds.

She was speaking after May made a speech in Parliament yesterday telling MPs how she plans to get them to back a Brexit deal. While dismissing calls for another EU referendum, May did talk about various aspects such as plans to scrap the £65 (US$84) fee millions of EU citizens were going to have to pay to secure the right to continue living in the UK after Brexit.

28 Sep 2020 --- The US-based National Science Foundation (NSF) is investing US$3.55 million in the long-term sustainability of cultivated meat with a grant to researchers at the... Read More

28 Sep 2020 --- General Mills is pledging to reduce its absolute greenhouse gas (GHG) emissions by 30 percent over the next decade and slash food waste in half. The commitment... Read More