07 Jul 2020 --- Nestlé has renamed its Garden Gourmet plant-based burger patty – from “Incredible Burger” to “Sensational Burger” – after losing a court battle with Impossible Foods over the rights to the name. This comes a little over a year since the offering was first launched. The District Court in The Hague, the Netherlands, claimed that the food giant had infringed upon Impossible Foods’ trademarks, allowing just four weeks to withdraw the burger from retail across European markets or pay a company-wide penalty of €25,000 (US$28,200) in daily fines.

“We see this as an opportunity and look forward to bringing even more great plant-based products to more people. Our strong and recognizable Garden Gourmet brand is well established in now 15 European countries, with further expansion plans for the future,” a Nestlé spokesperson tells FoodIngredientsFirst.

“While we applaud other companies’ efforts to develop plant-based products, we don’t want consumers confused by similarities. We’re grateful that the court recognized the importance of our trademarks and supported our efforts to protect our brand against incursion from a powerful multinational giant,” says Dana Wagner, Impossible Foods’ Chief Legal Officer.

In its ruling, the European court endorsed the validity of the Impossible Burger trademark and noted the visual, phonetic and conceptual similarities between that trademark and Nestlé’s “Incredible Burger” and it cited considerable evidence that consumers and commentators were indeed confused by the similarity in product names. 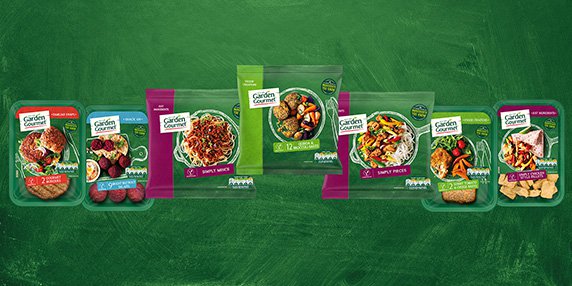 Impossible Foods holds a sizable share of the plant-based market, and has been adapting to the challenges barreling down on the food industry by the ongoing COVID-19 pandemic. Amid the sweeping quarantine lockdowns that have clamped down on out-of-home purchases, the meat analogs heavyweight launched a new e-commerce site for its US consumers to purchase family-size quantities of the plant-based Impossible Burger.

Earlier this year, Impossible Foods unveiled a new addition to its meatless offerings, Impossible Pork. Following the success of its plant-based beef substitute, the company has unveiled another vegetarian creation, declaring “we started with the cow, now we’re taking on the pig.”

Meanwhile, further expansions for Nestlé’s burger and range of other plant-based products are expected later this year. The Garden Gourmet Sensational Burger combines natural soy and wheat protein, color from natural plant extracts, rapeseed and coconut oil and a proprietary method of fermenting plant-based ingredients to boost the umami flavor profile of the burger. Other Garden Gourmet products, including plant-based sausages and grounds, will also carry the “Sensational” name, going forward.

Wayne England, head of Nestlé's food business, comments, “We know plant-based food and we know meat substitutes. We have been doing this as long as anybody and will continue to focus our energy on what really matters to consumers – delivering truly outstanding plant-based products that are good for people and for the planet.”

FoodIngredientsFirst has reached out to both companies for further comment.