You are in : All News > Nestlé Australia to launch new Milo without cane sugar 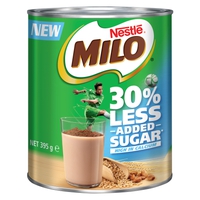 15 Apr 2019 --- Nestlé Australia is set to launch its latest version of Milo, made without cane sugar and with 30 percent less added sugar next month. After more than two years in development, the launch comes in response to the changing nutritional needs of families down under. General Manager Dairy ANZ at Nestle Oceania, Andrew McIver, says the new product still has the “delicious Milo choc malt taste and crunch.”

The announcement comes at a time when global governments are putting pressure companies to play their part in reformulating products and cutting down on sugar content to tackle childhood obesity.

The factory in Smithtown on the Lower Macleay of the mid-north coast of New South Wales, where Milo was first created, has scaled up its production of the new addition to the range, Milo 30% Less Added Sugar, which will be hitting shelves in May.

“Milo was originally designed as a nutritious drink for undernourished children during the Depression, delivering added vitamins and minerals in a format which children enjoyed,” McIver explains. “With parents increasingly concerned about added sugar in their children’s diets, we’ve created an option that is true to the Milo heritage and encourages people to drink milk, but delivers less added sugar.”

The product contains malt barley, milk powder and cocoa – like the original – but replaces cane sugar with stevia for sweetness and soluble corn fiber for texture, to give a new version that looks, tastes and behaves like the original product. It is priced at AUS$6.99 (US$5.02) and will hit the shelves in early May 2019, alongside the original Milo range.

“From the very beginning of development, our focus was on creating a product that both tastes and behaves like the original Milo,” McIver says.

“That means not just keeping the same core ingredients of milk powder, cocoa and malt barley, but also making sure it looks the same, tastes great and has crunchy bits on top,” he continues.

“People will be able to choose whether they want the original Milo, or the new Milo 30% Less Added Sugar, knowing that whatever they choose will taste delicious.”

In June 2018, The Australian Beverages Council called for the industry to cut sugar content by 10 percent by 2020 and by another 10 percent five years later, in a bid to tackle Australia’s obesity epidemic. The country’s biggest soft drink manufacturers, Coca-Cola and Pepsi, vowed to abide to the call. Australian Medical Association President Tony Bartone has criticized the move as not being strong enough. He was quoted by the Sydney Morning Herald as saying the reduction in sugar was, “welcome, but a drop in the ocean when it came to reducing Australians' sugar consumption.”

A Ph.D. student in Australia has discovered and mapped the sequence of an important gene underlying leaf rust resistance in barley. The finding could have significant... Read More

US clinches deal to import infant formula from Australia

Bubs Australia has clinched an agreement with the US to ship 27.5 million bottles of infant formula, according to President Joe Biden. In a Twitter post, he said... Read More