You are in : All News > Moving cell-based closer to nature: Forsea Foods relieving bottleneck in seafood supply, starting with eel meat 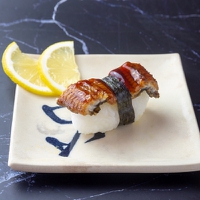 06 Sep 2022 ---Forsea Foods has brought a novel concept “closer to natural perfection,” it states, through its patented organoid technology which helps the production of cell-based eel meat. This comes as seafood suppliers grapple with bottlenecks in global ecosystems.

Speaking to FoodIngredientsFirst, Roee Nir, CEO and co-founder of the Israeli start-up, says the company is aiming at the first commercial launch in late 2025.

“The global demand for eels is valued at US$10 billion annually. The main market is Japan but also Europe, the US and other Asia Pacific countries.”

“We intend to produce a product that will be identical in flavor, texture, appearance and nutritional value to real eel. Organoid technology allows us to design the eel filet exactly as it grows in the ocean, meaning that we can grow it in 3D tissue structure and not grow the fat and the muscles separately,” he underscores.

Previously used in developmental biology, medicine and research, organoids are stem cell-derived, 3D tissue structures that, when used in cell-cultured seafood products, require only a minimal amount of growth factors.

Roee Nir, CEO and co-founder (pictured) of the Israeli start-up, says the company is aiming at the first commercial launch in late 2025.While Forsea can cultivate practically any type of seafood, the company says it is currently focusing its efforts on developing the meat of freshwater eels.

Cell-culturing fish the organoid way
While cell cultivation primarily focuses on a system of directed differentiation, where cells are signaled to differentiate into a specific cell type and are then combined on a scaffold, Forsea’s system grows the aggregate of the various cells already at the initial stage of the process.

“The cells organize themselves autonomously into their innate, purposed structure, just as in nature,” explains Iftach Nachman, a principal investigator at Tel Aviv University and co-founder of Forsea.

The result is sustainably produced, succulent filets of cultured seafood that embody the same taste and textural traits as their ocean-caught counterparts. Unlike those counterparts, however, the resulting product is free from pollutants such as mercury, industrial chemicals, and microplastics.

“This is a function of how you nourish the cells,” asserts Nir, a biotechnologist.

“There are multiple benefits to the organoid method of cell cultivating fish,” he continues. “First, it is a highly scalable platform that bypasses the scaffolding stage and requires fewer bioreactors. This makes the process much simpler and more cost-effective. Additionally, it dramatically reduces the amount of costly growth factors needed.”

Nurtured by The Kitchen FoodTech Hub, the start-up was formed last October, with an initial injection of capital support from the Israeli Innovation Authority and the Strauss Group.

The new venture brought together Nir, Nachman and Yaniv Elkouby, a senior researcher at the Hebrew University of Jerusalem and an expert in cell developmental biology who dedicated numerous years studying piscine biology.

Not so plenty of fish in the sea
“The demand for seafood is showing no signs of slowing down,” asserts Amir Zaidman, vice president of business development of The Kitchen Hub.

Global demand is projected to almost double by 2050, he claims. “But we are rapidly approaching the point where there will simply not be enough fish in the sea to sustain the global community.”

While Forsea can cultivate practically any type of seafood, the company says it is currently focusing its efforts on developing the meat of freshwater eels. Eels are a much sought-after delicacy, especially in East Asia. Yet overfishing has rendered them an endangered species.

“Tremendous” opportunity
Eels are a much sought-after delicacy, especially in East Asia. Yet overfishing in the past decades has rendered them an endangered species. The Japanese eel population alone has declined by 90 to 95%, which has driven prices to astronomical levels.

In 2000, the Japanese consumed 160,000 metric tons. But due to overfishing and rising prices, consumption has dwindled to just 30,000 metric tons, he comments. “There is a huge gap between the supply and the demand for eels which traditional aquafarming cannot accommodate.” Compounding this problem, Europe has barred the export of any eel product. “The market opportunity for cell-cultured eels is tremendous,” Nir asserts.

Eel meat sells in Japan for up to US$70 per kilogram. They are also considered to be the ocean’s most mysterious creatures, undergoing an unusual metamorphosis,” reveals Nir.

“In Japan, the main form of consumption is the traditional dish of Kabayaki, and also, of course, sushi. In Europe and the US, it is primarily consumed either smoked or in Japanese restaurants,” he adds.

Nir envisions cultured seafood to coexist with ocean-caught seafood and lessen this burden.

“We are working on our fish portfolio, evaluating a few additional species. We will announce it in due time,” he concludes.

Beneo buys stake in Grillido, marking its “next step in protein strategy”

Beneo is taking a 14% stake in German start-up business Grillido to “get to know consumer preferences for plant-based meat solutions even better.” According... Read More