You are in : All News > Danone and Delhaize resolve price conflict, dairy products coming back on the shelves

Danone and Delhaize resolve price conflict, dairy products coming back on the shelves 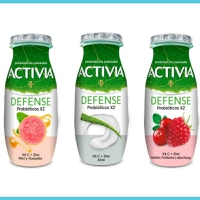 06 Sep 2022 --- Danone and Delhaize have finally reached an agreement on prices following a dairy dispute that led to a lack of products on the supermarket’s shelves.

A wealth of Danone’s dairy products, such as Activia drinks and yogurt, haven’t been available in the last couple of weeks as the two companies were in a stand-off on prices and were negotiating a new deal.

“Danone and Delhaize have always continued discussions in order to find a constructive solution. We can confirm that an agreement, which meets the expectations of both parties, has been reached,” reads a Danone statement.

Restocking shelves
The dispute comes at a time of food inflation, with several countries feeling the pinch as many food items skyrocket.

“Danone and Delhaize are doing everything in their power to get the products in question back on the shelves as soon as possible.”

Products from the French dairy producer have been missing from the shelves of Delhaize and Lidl since August 25.Globally, consumers are shouldering the weight of surging food basket prices as inflation weighs in. In some cases, consumers are reacting to food inflation by making value choices like opting for value-packed products, discounts on offerings with marked-down prices and moving away from luxury brands to cheaper in-house brands.

Products from the French dairy producer have been missing from the shelves of Delhaize and Lidl since August 25.

Delhaize stores put up messages saying several products were temporarily unavailable due to complex negotiations with the supplier.

Meanwhile, Lidl is still trying to reach an agreement with Danone. Products have also been missing from the German discounter in recent weeks, but the impact isn’t as significant.