You are in : All News > Plant-based expansion: Unilever acquires meat alternative innovator The Vegetarian Butcher

20 Dec 2018 --- Unilever has acquired Netherlands headquartered meat alternative innovator The Vegetarian Butcher, as it seeks to expand its portfolio into plant-based foods that are healthier and have a lower environmental impact. With the acquisition, Unilever is responding to the growing trend among consumers opting frequently for vegetarian and vegan meals, says the company. In the Netherlands alone, some 750,000 people now identify as vegetarian. But flexitarians, who regularly choose to eat less meat, now make up two-thirds of the Dutch population, according to research from the University of Wageningen.

Financial details of the purchase have not been disclosed and the deal is expected to be completed before the end of this year.

The move follows several years of collaboration between the companies that resulted in the launch of the first vegetarian meatballs and vegetarian smoked sausage under the Unox brand. 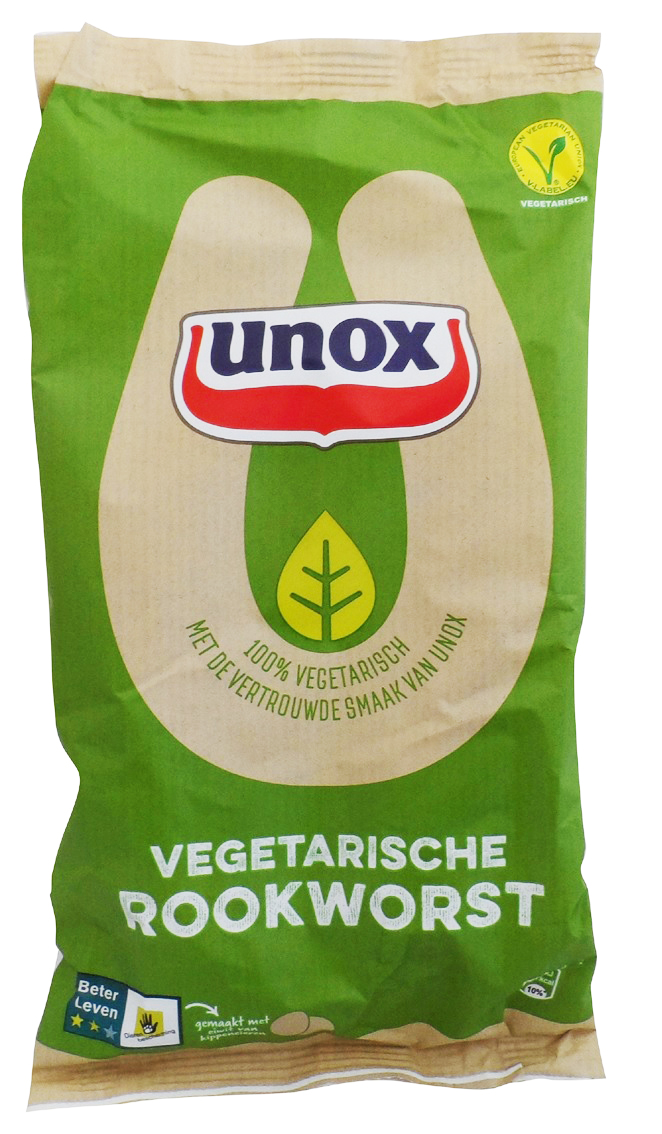 Unilever and The Vegetarian Butcher started working together in 2016, where they marketed products under the Unox brand.For The Vegetarian Butcher (known in the Netherlands as De Vegetarische Slager), the acquisition is the next step in its ambition to grow into “the largest butcher in the world,” reads a statement from the company, which was founded by Jaap Korteweg in 2007.

“Unilever’s international network across 190 countries, provides every opportunity to accomplish this,” Korteweg notes.

Korteweg, a ninth-generation meat farmer and a real meat lover, became a vegetarian and founded the company to satisfy his own need for quality food products which are not produced from animals. The products made by The Vegetarian Butcher are now being sold in over 4,000 outlets in 17 countries.

According to Korteweg, the acquisition by Unilever has come at the right time: “We want to take the next step – conquer the world. It is our mission to make plant-based ‘meat’ the standard. We believe that with Unilever’s international network, this acquisition will help to accelerate our mission.”

The acquisition is a step on Unilever’s journey towards a portfolio with more plant-based products. Currently, Unilever is selling nearly 700 products with V-label in Europe. In the Netherlands, these include products from Unox, Knorr, Hellmann’s, Conimex and Ben & Jerry’s brands.

Nitin Paranjpe, President Foods & Refreshment Unilever comments: “The Vegetarian Butcher is a brand with a clear mission, many loyal ambassadors, a good following on social media and a strong position in the market. The brand will fit in well within our portfolio of ‘brands with purpose,’ which have a positive social impact, are better positioned to meet the needs of consumers and are growing faster. 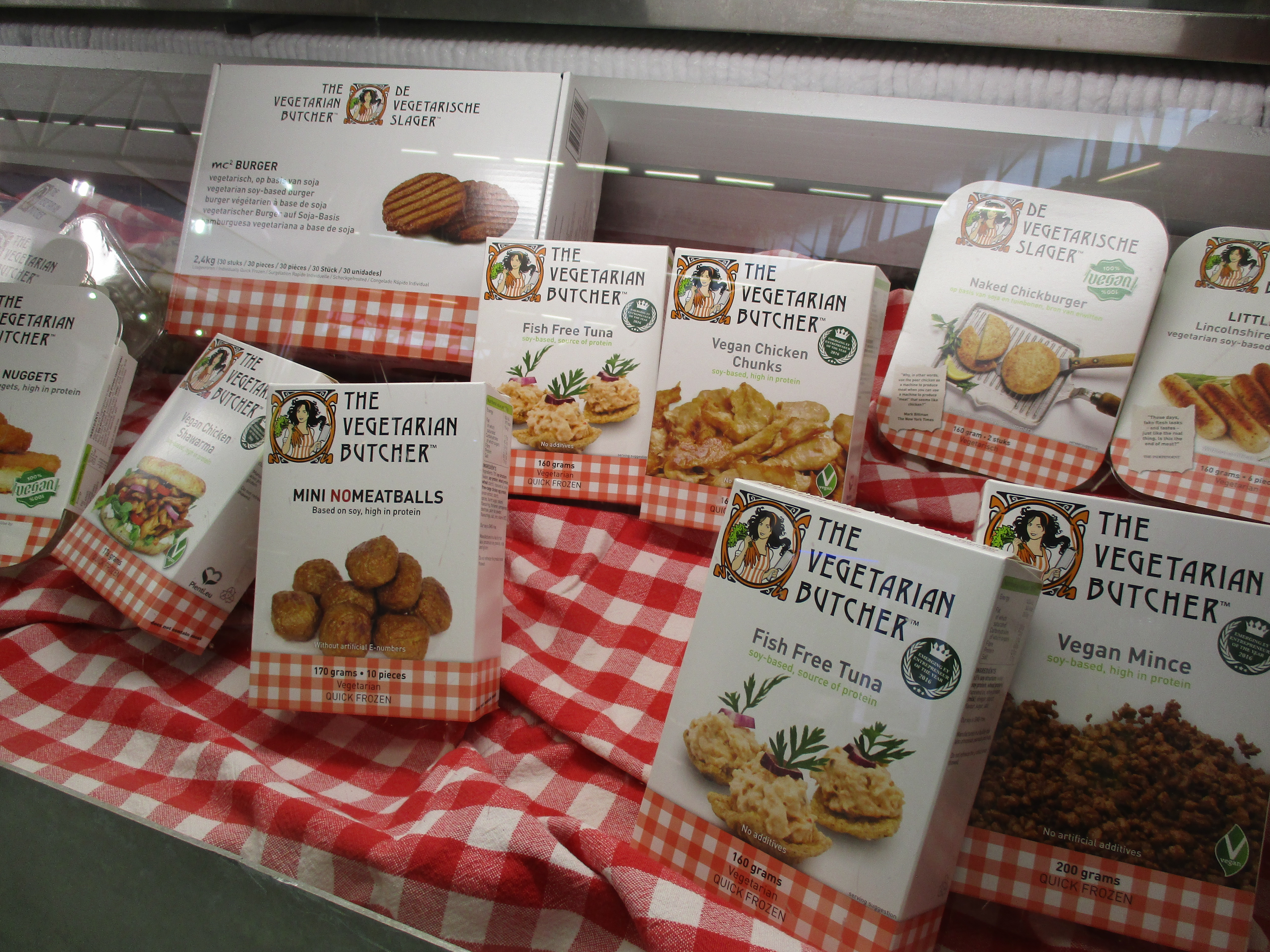 Plant-based meats were the key theme at SIAL 2018 in Paris in October 2018. It effectively shows how the meat cabinet is evolving into the protein cabinet.Importantly, this acquisition will help us to accelerate our journey towards more plant-based food.”

The Vegetarian Butcher employs approximately 90 people, who are to remain with the business under Unilever ownership, according to the company.

Plant-based meats were the key theme at SIAL 2018 in Paris in October 2018, where the meat hall at this year’s event was noteworthy for the sheer number of innovative meat alternatives on display to cater to both vegetarian and flexitarian consumers. More innovative meat brands than ever were present, including Beyond Burger, Vivera, The Meatless Farm Co. and The Vegetarian Butcher. It effectively shows how the meat cabinet is evolving into the protein cabinet.

FoodIngredientsFirst has reached out to Unilever and The Vegetarian Butcher for further details on the new acquisition. 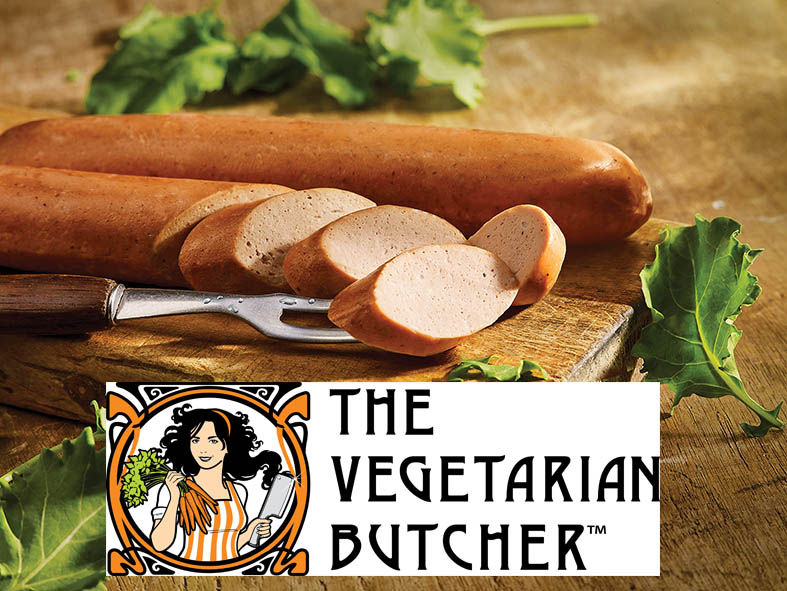 The aim was to create a product that would taste great, even for typical meat eaters, according to the company. In addition to creating a good flavor, it was a challenge to create a sausage with a “bang.” The animal-friendly smoked sausage has since been available in Dutch supermarkets.

Plant-based proteins have taken center stage in 2018, the year which has marked serious growth in vegan product development.

Last month, Innova Market Insights hotly tipped “The Plant Kingdom” as its number two top trend for 2019, reflecting how vegan inspired eating continues to go mainstream. The trend is set to become even more significant for the coming twelve months ahead.

The shift in the dynamics of this space is clear when advertising strategy is assessed, also for a brand that was a traditional stalwart of the Unilever portfolio. One of the most striking campaigns of 2018 came in the Netherlands, where former Unilever margarine brand Becel has been given a telling marketing spin. Last year, Unilever agreed to sell its margarine and spreads business to US private equity firm KKR for €6.83 billion to concentrate on faster growing products. In June 2018, KKR re-established under the corporate name Upfield. Now Becel has chosen a new brand positioning, with a highly interesting tagline: “Plants are the new cows.” Becel has been positioning itself on a plant platform since 2017 and under the Upfield flag Becel goes even further, with the launch of a new product range: 100 percent vegetable drinks. This launch is supported in communication with this striking tagline in the Netherlands, Belgium and Portugal, where it is also used for the established margarine product.

Unilever is partnering with food-tech company Enough (formerly 3F BIO) to bolster its plant-based strategy by tapping into technology that uses a zero-waste fermentation... Read More

The search for alternative proteins has never been stronger as Wageningen University & Research (WUR) estimates that by 2050, 30 to 40 percent more protein will be... Read More