You are in : All News > McDonald’s steps into plant-based arena with “McPlant” meatless burger

10 Nov 2020 --- As the latest global fast food giant to add its weight to the plant-based revolution, McDonald’s will be rolling out a plant-based burger – coined the McPlant – in select markets next year.

In the future, the McPlant could extend across a line of plant-based products including burgers, chicken-substitutes and breakfast sandwiches, according to the chain. It is crafted “exclusively by McDonald’s, for McDonald’s.”

“In the same way that McDonald’s does not run its own farms, we will rely on suppliers, the third leg of McDonald’s three legged stool for production,” a spokesperson tells FoodIngredientsFirst.

The fast food chain details its next launch as a “juicy, plant-based patty and served on a warm, sesame seed bun with all the classic toppings.” Details about its ingredients list have not been disclosed.

“As we have worked to better understand customer demand, some markets around the world have tested plant-based products,” adds Ian Borden, president, international, at McDonald’s.

“We expect some markets will test the burger next year, which we believe is a proven, delicious-tasting product. When customers are ready for it, we are ready for them.”

In a statement sent to FoodIngredientsFirst, The Good Food Institute (GFI) foodservice and supply chain manager Zak Weston says: “Burger King has the Impossible Whopper, and now McDonald’s has the McPlant. McDonald’s global launch of a plant-based burger is the clearest signal yet that plant-based meat will be the future of meat.”

“McDonald’s has more restaurants and more revenue than any other restaurant chain on the planet. Just as they introduced America to the chicken nugget, we expect that McDonald’s will introduce millions of Americans to plant-based meat with the McPlant line.” 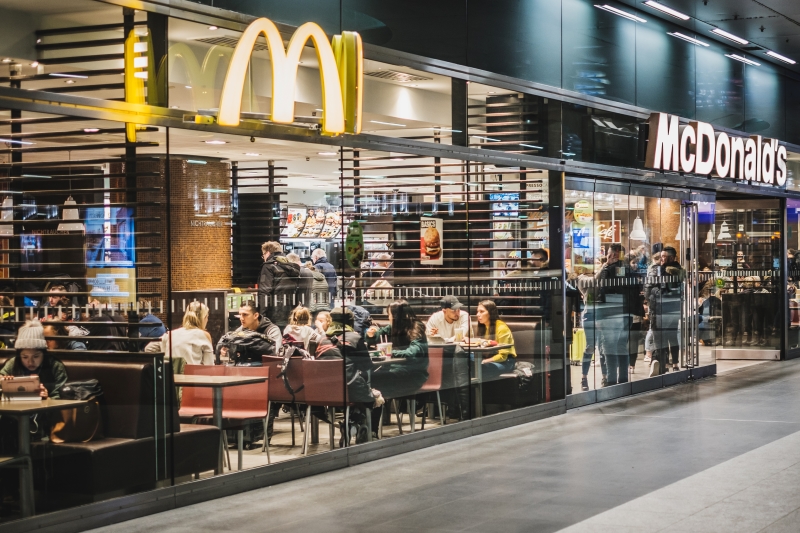 “McDonald's is no newcomer to plant-based. The chain already has the Big Vegan burger in Germany and Israel, the McVegan in Scandinavia, the McAloo Tikki sandwich in India, and the P.L.T. in a trial in Canada. McDonald’s rolls things out country by country to appeal to each region's unique customers and cuisine preferences,” he adds.

GFI helps restaurants, and food companies ensure that plant-based meat can compete and win on food choice's key drivers: taste, price and convenience. And according to Weston, “It doesn’t get much more convenient than McDonald’s.”

Fast food’s foray into meatless offerings
The dynamic plant-based market has welcomed the entry of numerous contenders from the fast food sector. This year kicked off with Pizza Hut unveiling “Pepperphoni” in honor of the “Veganuary” meat-free month.

Through its partnership with Beyond Meat, KFC debuted Beyond Fried Chicken with Cargill in the US and “Zero Chicken” vegan burgers made from Quorn patties in the UK. In the Netherlands, its Rotterdam branch went 100 percent meat-free for a whole week.

As the plant-based trend reaches global phenomenon status, Innova Market Insights has hailed “Plant-Forward” as its second Top Trend for 2021. The trend is a nod to the sustained theme of the “Plant-Based Revolution,” which was also ranked second place among this year’s Top Trends.

Bel Group, which is behind major cheese brands like Babybel, The Laughing Cow and Boursin, is leveraging precision fermentation technology from Standing Ovation to... Read More

KFC has landed in some hot oil after its app released a message advertising its cheesy chicken during a World War II commemorative day. The fast food chain has issued... Read More