You are in : All News > Lallemand’s umami-boosting yeast range embraces stateside food traditions 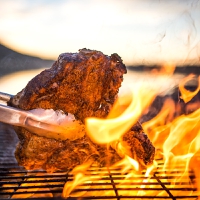 26 Nov 2020 --- The US food scene has become a source of inspiration for Lallemand, which is integrating traditional Memphis flavors to develop its yeast products with a “regional touch.”

Speaking with FoodIngredientsFirst, the supplier details how it captures the umami essence in natural yeast solutions for plant-based alternatives to hickory-smoked meats, white seafood and boiled chicken.

Lallemand is showcasing these ingredients at the ongoing Fi Europe Connect virtual tradeshow, which plays host to an array of NPD trending toward naturality and functionality.

“There are many technological steps in making a tasty yeast product and each of them has a role of their own and potential to impact the final product characteristics,” Ipi-Liisa Peeker, applied R&D manager for Europe, tells FoodIngredientsFirst.

“The R&D process can focus on each of the steps independently for achieving the targeted outcome.”

Tailoring functional yeasts step-by-step
Lallemand begins its yeast development process by working on the selection and development of a special strain with desired characteristics. These could be the ability to produce a flavor precursor in a greater percentage or a higher protein content, for example.

“Secondly, we can work on the yeast growth medium that can deliver the right precursors or even taste of its own. Last but not least, by differentiating the drying techniques, we define the finished product taste profile.”

Bakon Memphis Style is characterized by distinctive and intense hickory wood notes.The prototypes are then carefully tested for their application performance and processes adjusted accordingly.

Lallemand’s products are spray dried or roller dried, according to the application recipe. “The dry form with reduced moisture guarantees an adequate shelf life, generally between two and three years if stored in good conditions and sealed,” says Peeker.

“We can further maximize the qualities we are after, within the development process, by carefully optimizing the fermentation processes and downstream operations.”

Developing the optimal yeast strain
For the moment, Lallemand is focusing on Saccharomyces cerevisiae and Cyberlindnera jadinii, also known as Torula yeast.

“Within this frame, our research is looking for the optimal strains according to the need,”  Davide Sardella, applied R&D specialist, tells FoodIngredientsFirst.

“There are also other yeast species out there that can be of use. Already within one species, the opportunities coming from careful strain and process selection are almost endless.”

Lallemand selects strains according also to the presence of intracellular components that, when released, can deliver specific taste depending on their nature and their abundance in the yeast cell of the selected strain.

“We developed during the last two years recipes for cooked meat products in collaboration with the Higher Technical College for Food Safety and Food Technology – Hollabrunn, Austria, to replace phosphates with clean label ingredients, such as inactive yeast,” details Sardella.

The following functional yeast solutions from Lallemand are featured at Fi Europe Connect:

Toravita 054
Toravita 054 is a Torula autolyzed yeast, rich in savory constituents and potent umami components, such as nucleotides and glutamic acid.

It functions as a flavor enhancer and flavor profile balancer and can be applied in many savory applications, from snacks to meat or plant-based products. 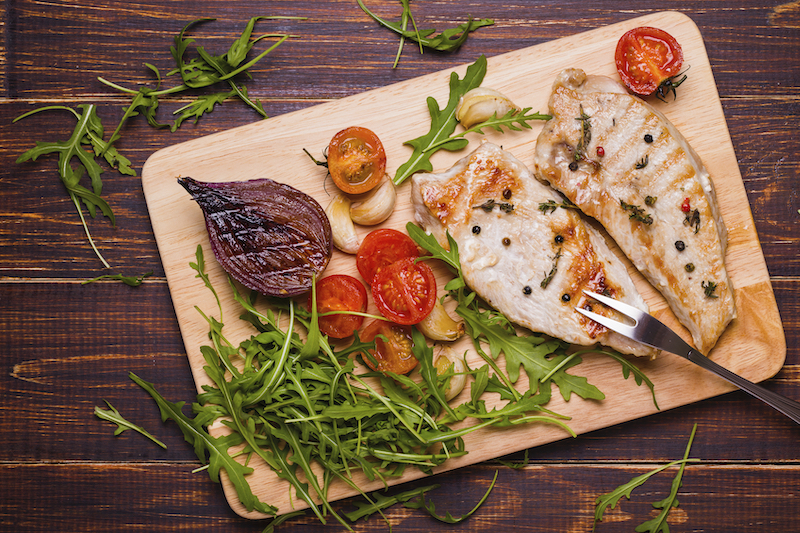 Using S. cerevisiae as a primary yeast, Lallemand produces a mild, meaty and chicken-like flavored yeast extract, rich in proteins and amino acids.Its profile, “rich and potent,” would allow formulators to replace E-numbers, such as MSG, to a cleaner, natural option, without compromising on taste.

Bakon Memphis Style
Bakon Memphis Style is Lallemand’s range of smoked torula yeast. It is characterized by distinctive and intense hickory wood notes, evoking the BBQ cuisine typical of Memphis, Tennessee, in the US.

The ingredient is also pegged as a good option for adding smoked notes by a clean label “smoked yeast” ingredient.

The saltiness perception of applications is slightly enhanced by Savor-Lyfe CB, thus allowing a potential sodium reduction. The ingredient can be used both in meat and plant-based applications.

The result is an allergen-free light beige powder with a characteristic umami, sweet base note of boiled fish, and a long-lasting taste. It is applicable for fish fingers, shrimp- or crab-like preparations, vegetarian surimi and other white seafood analog specialties.

“Plant-Forward” was recently pegged a Top Trend for 2021 by Innova Market Insights, as a natural progression of this year’s “Plant-Based Revolution.”

Flexitarians – the main consumer group driving the growth of plant-based – are more critical of products versus vegan and vegetarian consumers, according to... Read More

Evo Foodsand Ginkgo Bioworks have partnered to develop a method for producing animal-free egg proteins for use in Evo’s products.