You are in : All News > KitKat to be carbon neutral by 2025 as Nestlé steps up action to protect and restore forests

21 Apr 2021 --- KitKat will be carbon neutral by 2025 as Nestlé boosts its sustainability efforts. The iconic chocolate brand plans to reduce the emissions generated by sourcing its ingredients, the manufacturing of the product and its distribution by more than 50 percent as part of the plan.

Most emissions occur when producing KitKat’s ingredients, such as cocoa and milk. The brand will reduce these emissions as much as possible through initiatives like restoring forests and supporting a transition to regenerative agriculture.

KitKat will also invest in high-quality offsetting based on natural climate solutions, tackling those emissions that cannot be eliminated.

The company is collaborating with The Carbon Trust, a global climate change and sustainability consultancy, to measure the brand's current carbon footprint. This process will be completed later this year.

Protecting forests
Deforestation is one of the main global drivers of carbon emissions in the agricultural supply chain, notes Nestlé, which has been using various tools for the last decade, including certification, supply chain mapping and satellite imagery, to achieve its no-deforestation commitment.

Furthermore, Nestlé is focusing on forest conservation and restoration. In 2019, it published an action plan to help protect and restore forests in its cocoa supply chain to secure a sustainable future for cocoa.

The program was developed by Lestari Capital in collaboration with founding partners, including Nestlé, PepsiCo, Procter & Gamble and Wilmar. Lestari Capital is an enterprise that connects markets to conservation – it finances outcomes on the ground through ethical and efficient mechanisms to support the adaptation of more equitable market systems. 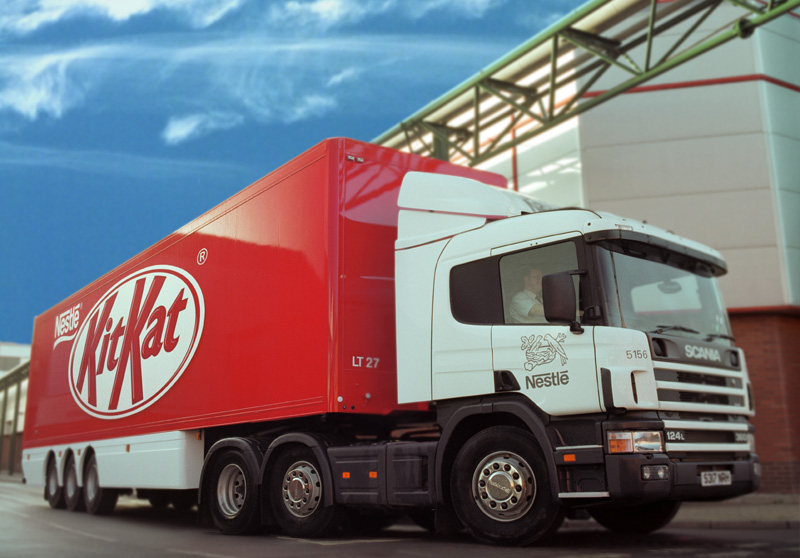 Nestlé has expressed a commitment to reaching net-zero emissions “everywhere” by no later than 2050, throughout its value chain.Rimba Collective complements the palm oil industry's efforts to end deforestation by funding conservation and restoration projects across the supply chain. The initiative aims at forest conservation investments that simultaneously support forest protection and economic development, and job creation for local communities.

KitKat will also help farmers plant five million shade trees where it sources its cocoa by 2025.

Meanwhile, KitKat is also working to improve the environmental footprint of its factories. It has already reduced the energy required to produce KitKat by more than 40 percent per ton of product since 2000.

Nestlé is already using some renewable electricity at KitKat manufacturing sites, such as power drawn from solar plants in the Middle East and Brazil.

The company says it will continue to find new ways to end dependency on fossil fuels and use 100 percent renewable electricity for all KitKat factories within four years.

Nestlé's sustainability journey
In 2009, Nestlé launched the Nestlé Cocoa Plan, and by 2016, KitKat sourced 100 percent of its cocoa from the program. Under the Plan, Nestlé has planted more than 15 million cocoa trees and invested CHF 300 million (US$327 million) in cocoa sustainability.

The new KitKat carbon-neutral pledge complements the company’s ongoing efforts to reduce its environmental footprint further. Nestlé is committed to reaching net-zero emissions “everywhere” by no later than 2050, throughout its value chain.

Hershey's solar projects
Meanwhile, The Hershey Company is planning two new clean energy partnerships to develop solar projects in the US as it moves its operations toward the use of clean and renewable energy. For the first project, located in Camden, North Carolina, Hershey has made a 15-year power purchase agreement (PPA) to enable the financing and construction of the company’s first utility-scale solar farm.

The North Carolina project, expected to be completed in July, will reduce CO2 emissions by 32,025 metric tons per year.

The farm is being developed by global renewable energy developer BayWa r.e. This solar project will be a 20 megawatt (MW-AC) facility on 218 acres of land.

Furthermore, Hershey has also signed a PPA with National Grid Renewables for 50 megawatts (MWac) of the Noble Project, currently under construction in Denton County, Texas.

Hershey’s solar contract will account for an estimated 118,000 megawatt hours per year, creating a reduction of approximately 83,625 metric tons of CO2 emissions annually.

Hershey is one of several companies involved in the Noble Project, which is estimated to reduce carbon dioxide emissions by a total of 450,000 metric tons annually during the first 20 years of operations.

Arla Foods has unveiled its “biggest investment to date,” a 55-hectare production plant in Germany with the capacity to supply specialized long-life dairy... Read More