You are in : All News > Kellogg’s presents its vision to reduce food waste 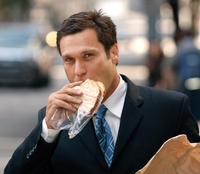 21 Nov 2017 --- By targeting where and when food waste occurs, the Kellogg Company wants to get to the heart of tackling the issue. According to the cereals giants, every year, approximately 1.3 billion tons of food is lost or wasted around the globe – and that is enough food to feed almost half of the world's population.

“Food loss begins early in the process – on farms and during or after the harvest. Food waste is defined more broadly, occurring after the harvest, such as when consumers throw away food that has spoiled or is even just slightly past its sell-by date,” says the company.

“It's an economic challenge. By 2050, the world's population is anticipated to hit 9 billion. Food shortages are a very real possibility in the near future. And yet, we are not doing enough to save all the food that is currently being wasted.”

“It's an environmental disaster. If ‘food waste’ were a country, it would be the third-biggest carbon dioxide emitter in the world. And it's a blow to 500 million smallholder farmers worldwide, costing them at least 15 percent of an already-precarious income.”

As the leaders of one of the world's major food companies and an international development nonprofit specializing in business approaches to reducing poverty, Kellogg’s says that solutions based on economic principles and cross-sector partnerships are essential to solving this crisis.

It has presented its vision for reducing post-harvest loss and food waste – from farm to table.

From the farm: Better crops and the race against spoilage
Some of the biggest food challenges arise during the harvest and post-harvest periods.

In 2015, Kellogg launched a Postharvest Loss Reduction Program to study and to help fix these issues in its supply chain, working with partners like TechnoServe.

Farmers in the program learn the best times to harvest crops; proper sorting, grading and packing methods; and the best ways to store crops to reduce spoilage. Kellogg’s also works with farmer business organizations to help them access financing, aggregate crops, and sell to larger buyers, which improves efficiencies throughout the market system.

A truly "cool" fix like this helps farmers like John Musomba in southern Kenya, whose farmer group can now choose the best time to sell their mangoes, earning them ten times more income than before.

This kind of integrated approach which involves working closely with smallholder farmers as well as the market system around them, is the first critical step in reducing post-harvest loss and food waste, says Kellogg’s.

Reducing business and consumer waste
From 2005-2016, the company reduced its landfill waste by 68 percent and now aims to reduce total waste in its facilities by 15 percent per metric tons, produced by 2020.

“Partnerships are crucial to long-term progress. We are proud to say that Kellogg was one of the first US-based companies to join the global coalition, Champions 12.3, and become a Food Loss and Waste 2030 Champion, with a commitment to cutting food loss and waste by 50% by the year 2030,” the company adds.

“Along with other food companies, Kellogg is also working to standardize food date labels (the "sell-by" date is not a "spoiled-by" date!), introduce packaging that limits food waste, and educate consumers on conserving food.”

“Individuals, of course, also play a key role. Shoppers often reject produce with slight blemishes, leading retailers to toss out a shocking one-third of their food. Clever campaigns such as Intermarche's "Inglorious Fruits and Vegetables" are starting to convince shoppers to give imperfect produce a chance.”

The path forward
Kellogg’s adds how individuals throughout the supply chain, from farmers to local processors to major food companies, must recognize that their business interests lie in reducing food waste, even if it's difficult in the short term.

“Partnerships with nonprofit groups such as TechnoServe and Champions 12.3 can light the way, applying both new approaches and institutional knowledge to their work across sectors. Governments can develop laws, directives, and awareness campaigns to discourage food waste. And consumers can always freshen up our food practices, starting, for instance, with these tips from the US Department of Agriculture.”

“Like most complex challenges, reducing postharvest food loss and food waste will take a long and dedicated effort. But for the health of our people and our planet, it's a fight we can't afford to lose.”

Upcycled vegan wholesaler Renewal Mill has teamed up with US craft ice cream brand Salt & Straw to create an upcycled dairy-free treat from a soy milk side... Read More

Alongside its fourth Sustainability Report, Greenyard has also introduced its Sustainability Roadmap 2025. The roadmap defines how the company is driving transitions... Read More

Israeli tech start-up Melodea is releasing two cellulose-based materials that it says can provide a viable solution to the world’s plastic waste crisis. Based on... Read More