You are in : All News > John Innes discovery could pave the way for disease-resistant rice crops 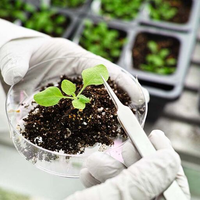 22 Aug 2019 --- Researchers at the John Innes Centre have come one step closer to genetically engineering rice that is resistant to a globally devastating fungus. The discovery, published in the Journal of Biological Chemistry, provides new insights into how rice’s immune receptors recognize and bind to fungal proteins. With a grip on how the grain fights illness, researchers hope to arm a variety of rice with the receptors it needs to resist rice blast disease. The fungus causes losses of up to a third of the global rice harvest – enough to feed 60 million people each year, reports the institute.

The challenge
Magnaporthe oryzae, the fungus that leads to rice blast disease, creates lesions on rice plants, which in turn reduces the yield and quality of the grain. “Rice farmers employ various strategies to ward off the fungus, but a sustainable approach is not yet available. Both the cost and environmental concerns have limited the success of fungicides,” reports the John Innes Centre.

Currently, fungus-resistant rice varieties have been developed, but they are not ideal due to low yields. Their lower production is associated with “linkage drag,” the transfer of bad genes along with good ones. The discovery could give rice breeders the information they need to engineer elite cultivars of rice that perform better in the field. 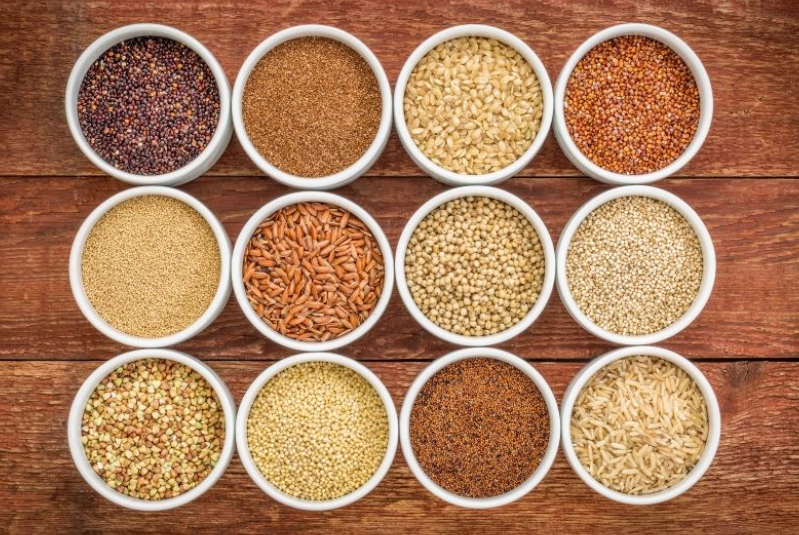 Genetically-engineered rice holds promise for alleviating world hunger.The experiment
Rice blast fungus sends out many types of proteins, known as effectors, into the cells of the rice plant. However, the class of immune receptors researchers studied, nucleotide-binding–leucine-rich repeat proteins (NLRs), typically only recognizes one type of pathogenic protein. Unable to cope with more than one rice blast effector, the plant cannot fight the disease properly.

In collaboration with researchers in Japan, Banfield’s team wanted to find out if NLRs could identify more types of fungal effectors and bind to them. When NRLs bind to a rice blast effector, it causes cell death, saving the rest of the plant from harm.

“The cells die in a very localized area, so the rest of the plant is able to survive. It’s almost like sacrificing your finger to save the rest of your body,” says Banfield.

The researchers were surprised to find that NLRs bound to more than one type of fungal effector. NLRs bound to both AVR-Pik and AVR-Pia effectors, which are different but have a similar structure to each other. AVR-Pia did not trigger as much plant-saving cell death as AVR-Pik, but the findings were promising. Demonstrating the dual-capability of rice immune receptors, researchers hope to build a more dynamic immune system. A genetically-edited robust receptor system may be one way of handling rice blast disease.

Gene-editing could reduce world hunger
The debate continues about the ethical and potential adverse health impacts of genetically modified organisms, with the USDA recently suggesting that gene-editing could be allowed in organic production. Scientists across Europe are also calling for the EU to rethink its “retrograde” gene-editing legislation in a petition signed by 126 research institutes. Meanwhile, the UN has an ambitious goal of eliminating hunger in the world by the year 2030.

It is estimated that 815 million people are hungry today, and an additional two billion people are expected to be undernourished by 2050. For this, the UN reports that a profound change of the global food and agriculture system is needed.

“Investments in agriculture are crucial to increasing the capacity for agricultural productivity, and sustainable food production systems are necessary to help alleviate the perils of hunger,” urges the UN.

Banfield sees promise in this rice discovery leading to better food security the world over. “It is possible that the findings could inspire others working on different crops, such as wheat, to try a similar approach to engineering better immune receptors,” he concludes.

The ongoing bidding war for UK supermarket Morrisons has taken another turn as US-based private equity group Clayton, Dubilier & Rice, has been given more time to... Read More

The UK Food Standards Agency has published its Consumer perceptions of genome edited food report as part of broader efforts to increase its evidence base in the field of... Read More

With the plant-based market booming, legumes are “celebrating a real comeback,” according to GoodMills. The European milling corporation has begun a... Read More

After months of anticipation, Nestlé’s Vegan KitKat is finally hitting shelves in selected markets, including the UK, Poland, Estonia, Latvia and... Read More

A global shortage of rice flour is likely to lead to price increases across a broad variety of everyday food staples. The severe shortage and soaring prices have been... Read More