You are in : All News > Japan urges young people to drink more as low alcohol trend bites economy 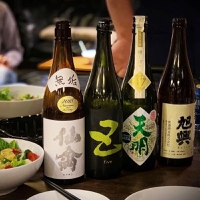 19 Aug 2022 --- As Japan’s population shrinks, so does the total alcohol consumption of its population, leading tax authorities to scratch their heads to find a solution to correct the unrelenting decrease in alcohol revenue. The problem is further exacerbated by a healthier lifestyle of Japanese adults, for whom the per capita intake of alcohol has dropped from 100 l in 1995 to 75 l in 2020, according to the Japanese revenue agency.

“In-home consumption, which tends to increase during periods of economic tightening, remains at elevated levels, following the shift in consumer behavior since the onset of the pandemic two years ago,” says Tim Ford, chief executive of Treasury Wines Estates, the largest publicly traded wine producer in Australia.

Less drinks less money
In a decade, from 2011 to 2020, Japan lost 1% of its government tax revenue due to the fall in alcohol consumption – going down from 3% of the total country’s revenue to 2%.

The trend started in the 1980s when taxes coming from sake, other spirits and beer amounted to 5% of the total tax revenue.

A campaign by The National Tax Agency, named “Sake Viva” urges young people (between 20 and 39) to send business plans in an effort to boost domestic consumption.

For the campaign, which does not collaborate with the country’s ministry of health, participants are asked to promote methods to target the younger consumers through “hip” things such as AI or the metaverse.

According to the campaign organizers, the pandemic and an aging population are the causes of a decline in alcohol sales.

Japan’s pure alcohol consumption per capita is similar to countries like Italy, Panama and Thailand, at about 8 liters per person, according to 2018 data from The World Bank.  Japan lost 1% of its government tax revenue in a decade due to the fall in alcohol consumption.

At home consumption
Earlier this year, the dutch beer sector – Nederlandse Brouwers – reported that in the first three months of 2022, compared to 2019, 7.7% less beer was sold in the catering industry; at the same time, sales for at-home consumption increased by 6.5%.

Research from IRI reveals that at-home consumption keeps trending as consumers want to keep the party at home.

“Consumers are looking to indulge and create entertaining experiences at home, and retailers should emphasize premium products with unique attributes in this space,” says Scott Scanlon, executive VP of the Beverage Alcohol Vertical.

“Flavor variety is critical to continued growth, which will demand innovation of a steady flow of intriguing, often bold new flavors that will drive consumer purchasing,” according to Innova Markets Insight.

Significantly, consumers’ attention to the health credentials of drink formulations continues to play a pivotal role in product design.

Meanwhile, the expansion of fruit-flavored beers and alcohol-free concepts also dominate the scene.

Hard seltzers are one of the most popular drinks categories, a trend which began in the US where it saw bullish growth.

Use a smaller glass
A UK study on wine bottles and glass size effect on wine consumption at home published in the journal Addiction, the Society for the Study of Addiction, concludes that reducing bottle and glass sizes contributes to lowering consumer intake.

The study, conducted in 260 households, found that participants drank 6.5% less wine per week when they switched to smaller glasses (290 ml compared to the 350 ml they used before).

Additionally, by the researchers providing half-size bottles of wine of 375 ml, compared to the standard liquor stores 750 ml, a 3.6% cut in wine consumption was achieved.

The authors note that a decreased consumption will reduce the risk of a range of diseases, including many cancers, cardiovascular disease and Type 2 diabetes.

“Using smaller glasses to drink wine at home may reduce consumption. Greater uncertainty remains around the possible effect of drinking from smaller bottles,” the authors conclude.

Danish aroma company, EvodiaBio, has secured US$6.4 million in a capital raise as part of its strategy to become a key global industry player in sustainable aroma... Read More

After beer took the stage in Qatar due to a last-second alcohol ban in the Middle Eastern nation stadiums, the alcoholic beverage is expected to maintain its protagonism... Read More

The latest cooperation between Kirin Holdings and FANCL has resulted in the development of cosmetics packaging using the by-products of beer production. In this... Read More