You are in : All News > Impossible Foods cuts grocery prices 20% as part of “displacing animal-derived foods” strategy 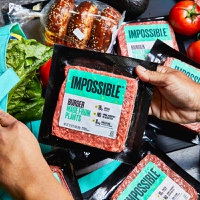 Impossible Foods plans to keep lowering prices as it achieves new production records and economies of scale; the plant-based pioneer says it will ultimately undercut the price of ground beef from cows.

Following what Impossible describes as “tremendous growth and economies of scale over the past year,” the company is cutting suggested retail prices for Impossible Burger to US$5.49 for patties and US$6.99 for a 12-oz. package. (On-shelf prices may vary depending on location and retailer.)

Impossible Foods is strongly encouraging grocery stores, supermarkets and retailers that sell Impossible Burger to pass the savings to consumers, as soon as possible. 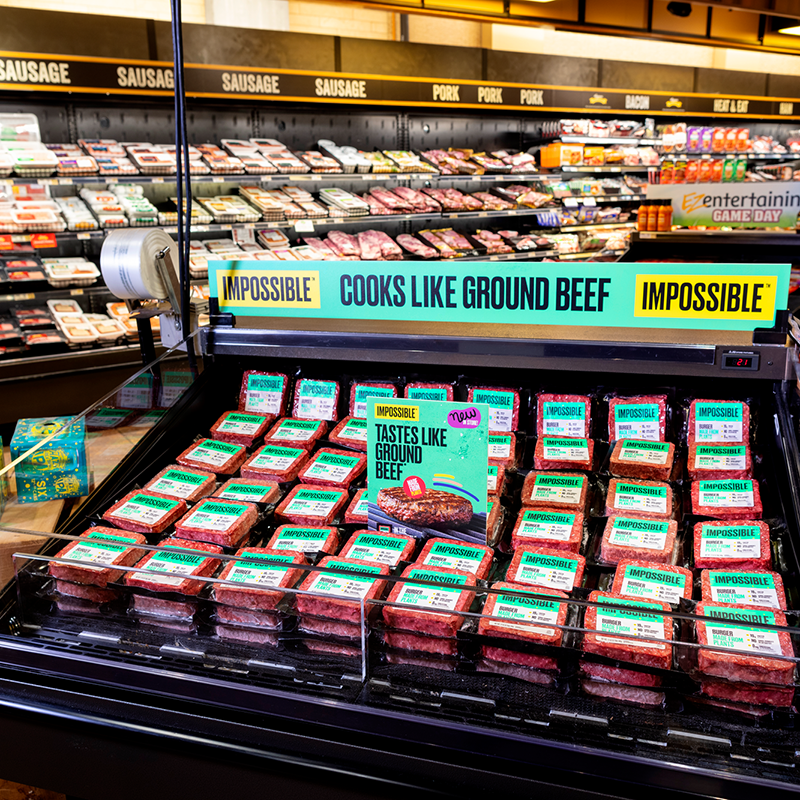 Production has increased sixfold since 2019, both in Oakland and at multiple plants owned by co-manufacturing partners.

“Our plan is to reverse global warming and halt our planet’s extinction crisis by making the food system sustainable. To do that, we need to make meat better in every way that matters to consumers, taste, nutrition, convenience and affordability,” says Impossible CEO and founder Dr. Patrick O. Brown.

“With economies of scale, we intend to keep lowering prices until we undercut those of ground beef from cows. Today’s price cut is merely our latest, not our last.”

The double-digit international price cuts vary by location and apply to all Impossible retail products sold overseas, exceeding 20 percent in some regions.

Environmental benefits translate into economic efficiencies
The latest price cut is the third double-digit reduction from Impossible Foods in less than a year. Last month, the company cut prices on average about 15 percent for foodservice distributors that sell to restaurants.

Impossible Burger sales are increasingly displacing animal-derived foods, whose production is one of the biggest generators of greenhouse gas emissions and a significant contributor to the rapid onset of climate change.

Final point of sale determines the price
The Impossible Burger – which contains no animal ingredients, animal hormones or antibiotics – includes higher levels of many micro-nutrients than ground beef.

Like many food companies, Impossible Foods does not typically own or operate the final point of sale for its product.

Impossible Foods sells directly to food distributors and retailers, which in turn determine the final sale price for consumers.

“While we would not and could not require grocery stores to cut prices, grocery store customers and distributors are in fact consistently passing along our economies of scale to their own customers,” adds Impossible Foods’ president Dennis Woodside.

“Impossible products are becoming increasingly affordable, and this in turn is accelerating our rapid retail growth.”