Global flavors & fragrances market to reach US$36 billion in 2022 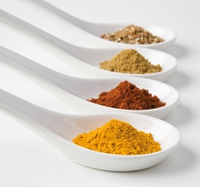 06 Aug 2018 --- The global flavors and fragrances market continues to show good rates of growth across the various regions, according to IAL Consultants. The company has published the 11th edition of its report on the global markets for Flavors & Fragrances. The total global market reached US$28.2 billion in 2017, an increase of 4.6 percent compared to the previous year and is expected to grow at an average annual rate of 4.9 percent p.a. to reach approximately US$36 billion in 2022. Of the total world market, flavors account for approximately 56 percent and fragrances for the remaining 44 percent.

Of the main global regions, the combined flavors and fragrances market is most significant in Asia-Pacific, followed by North America and Western Europe.

While the West European and North American markets are quite mature, there is still potential for growth as consumers develop more sophisticated tastes and preferences. There is still plenty of opportunity for growth in the CEE, MEA and Asia Pacific regions, particularly in parts of Africa and Asia where access to processed foods and consumer goods is still growing. The fastest growth rates in the medium term are expected in Asia-Pacific, according to the report.

The beverages sector was the largest global end-use market for flavors in 2017 with a share of 33 percent, followed by the dairy industry at 13 percent.

Givaudan, IFF, Firmenich and Symrise continue to occupy the top four positions in the global flavors and fragrances market. Their combined sales of compound flavors and fragrances in 2017 represented around 44 percent of the worldwide market. IFF’s intended acquisition of Frutarom, which IAL currently ranks as no. 7 in the world Flavors & Fragrance market, could pose a threat to Givaudan’s leading position, the report notes.

The publication of the report comes amid a period of high consolidation within the flavors space. The first six months of 2018 were dominated by the shift in the traditional flavors segment, where major players such as Givaudan and IFF diversify their portfolio to look beyond their core base and target the more holistic concept of taste as opposed to pure flavor. The clean label trend is central to this market dynamic, as Firmenich also looks to this arena with the creation of a Clean Label & Natural platform.

In May, IFF agreed to buy Israeli flavors and ingredients company, Frutarom, in a transaction valued at approximately US$7.1 billion. By combining with Frutarom, IFF said it is seeking to accelerate its Vision 2020 strategy to create a global leader in natural taste, scent and nutrition. As the dust settled on the IFF and Frutarom deal, all eyes were on the flavors and fragrances industry, as the company went up against current market leader Givaudan.

Givaudan completed the acquisition of 40.5 percent of the share capital of Naturex in March for a total consideration of €522 million. Plans are in place to acquire the whole of Naturex. This transaction is part of Givaudan's 2020 strategy to strengthen its capabilities in natural flavor solutions. 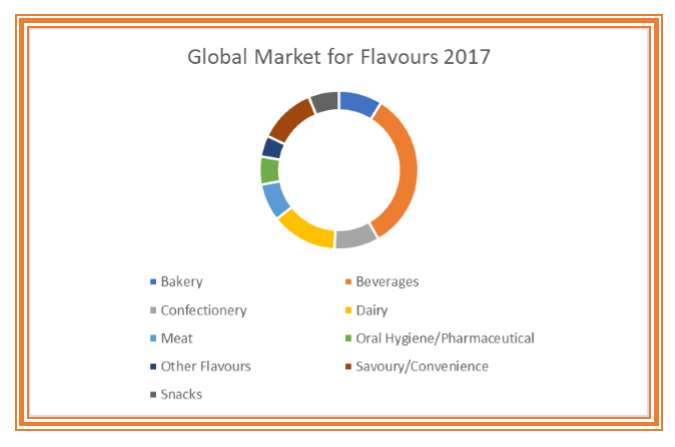 growth rate of 20 percent in food and beverage launches with global flavors (Global, 2013-2017), with growth in platforms such as chili, herb and floral flavors.

In 2017, 23 percent of the new product launches tracked with an ethnic flavor were private label brands relative to 19 percent in 2013. NPD based on world flavor ranges have become increasingly popular and food truck and street food flavors have been a source of inspiration for NPD for retail. According to Innova Market Insight data, there has been a 24 percent growth in food & beverage launches with a food truck or street food claim (Global, 2017 vs. 2016).

As the population becomes more diverse, consumers are embracing bold flavors, which were once unfamiliar. Consumers are seeking intense experiences with flavor combinations that challenge the normal level of spiciness. For example, the average annual growth of food and beverage launches with selected chili flavor (Global, 2013-2017) is 59 percent Sriracha chili, 19 percent Habanero chili and 15 percent Chipotle chili.

At this year’s IFT Food Expo, in Chicago, Innova Market Insights presented their ethnic flavors trends, amongst others, at their Taste the Trend pavilion. You can read more on this here.

As the Intergovernmental Panel on Climate Change (IPCC) puts the finishing touches on part two of its Sixth Assessment Report – an assessment of the impacts of... Read More

The olfactory receptor that contributes decisively to this sensory impression was recently uncovered by researchers at the Leibniz Institute for Food Systems Biology at... Read More

As adventurous consumers demand more from the snacking category, brands and manufacturers are propelled to develop new variants of heat to satisfy their curiosity.... Read More

Givaudan has unveiled its latest research on “mindful drinking,” offering manufacturers critical insights into what consumers are looking for in low- and... Read More

IFF has introduced its latest solution for the dairy alternatives market. Vegedan WP 1800 is a customized, protein-free solution developed to cater to the growing... Read More