You are in : All News > Green eating: 62 percent increase in plant-based claims, Innova Market Insights reveals 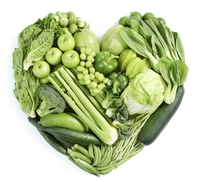 “The dairy alternatives market has been a particular beneficiary of this trend,” says Lu Ann Williams, Director of Innovation at Innova Market Insights. “With the growing availability and promotion of plant-based options to traditional dairy lines, specifically milk beverages, and cultured products such as yogurt, frozen desserts and ice cream,” she states.

“Soy, pea, rice protein, spirulina, green tea extract and green coffee extract are all good examples of the green eating trend,” Williams tells FoodIngredientsFirst. “Health, animal welfare, sustainability and clean label are the key drivers that is influencing decisions in this space. Consumers are now much more aware and have a broader sense of how their actions affect the future of the planet. This trend is set for longevity and promising growth in the industry,” she says.

The dairy alternatives category was pioneered mainly by and continues to be led by beverages. Global sales of alternative dairy drinks are set to reach US$16.3 billion in 2018 and they accounted for over 8 percent of global dairy launches recorded by Innova Market Insights in 2017, up from 7 percent over 2016. Actual global launches have more than doubled over a five-year period.

Spoonable non-dairy yogurt has also seen strongly rising levels of interest, but from a smaller base, with a 48 percent CAGR for the 2013-2017 period taking its share of dairy launches from less than 0.5 percent in 2012 to 1.5 percent in 2017. According to Innova Market Insights’ consumer research, one in three US consumers have increased their consumption of plant-based milk/yogurt in the two years to the end of 2017.

“In the move to offer something new, we are starting to see an increasing variety of non-soy plant-based ingredients, including cereals such as rice, oats and barley,” notes Williams. “We also noticed an increase in nuts, such as almonds, hazelnuts, cashews, walnuts and macadamias, as well as coconut and more unusual options such as lupin, hemp and flaxseed.”

Interest in plant-based eating is reflected in developments in the meat substitutes market, where global sales are set to grow to US$4.2 billion by 2022. The range of ingredients used for meat substitutes includes vegetables and grains, as well as traditional sources such as soy and specialist manufactured brands such as Quorn and Valess.

Gravitation towards plant-based diets in general, along with interest in vegan, vegetarian and flexitarian lifestyles and concerns over animal welfare, have together served to increase interest and NPD has subsequently seen an 11 percent CAGR for the 2013-2017 period. Research also indicates that four in ten US consumers increased their consumption of meat substitutes/alternatives during 2017.

Green eating will be a key theme for Innova Market Insights at the IFT Food Expo in Chicago next week (16-18 July 2018), as will the evolution of snacks to mini meals.

The market researcher notes that as snacks become healthier, more wholesome and satisfying, they can increasingly fulfill the role of mini meals. Innova Market Insights’ consumer analysis shows that for US consumers (2017), afternoon snack periods (27 percent) and evening snack periods (2 percent) of the day hold the highest food cravings.

With cravings increasing as the day wears on, new opportunities are opening up to target the innovation sweet spot that exists in the space between snacks and ready meals, with dairy products such as high protein yogurts holding particularly strong potential. For example, the percentage of US consumers that have consumed yogurt for snacking moments is rising (2017 vs. 2015), with a 6 percent rise in those claiming to consume it as an afternoon snack and 4 percent growth in those having a yogurt as an evening snack.

A fresh appeal also exists for snacks, with +13 percent average annual growth being reported for fruit and vegetables with snack claims globally (2013- 2017). Snack claims are on the rise outside of the traditional snacks space, with a 10 percent CAGR being reported globally in launches with a “snack” claim that exclude the snacks category itself (Global, 2013-2017).

Innova Market Insights will be presenting new data on all the key consumer trends driving the industry at booth #S0460 at the IFT Food Expo and will also present the Taste the Trend Pavilion at this year’s event.

After years of being hailed “queen of flavors,” vanilla is still going strong as a classic and versatile ingredient in categories spanning confectionery,... Read More