You are in : All News > Got beef with beef? Mosa Meat shares cultivated meats’ commercial viability

24 Nov 2021 --- Dutchfood tech company Mosa Meat believes it is important to acknowledge and address the recently voiced skepticism about cultivated meat’s commercial viability. The company says that critical review is an essential part of the scientific process and invites this conversation that it believes will ultimately help test assumptions, optimize its operations and reach commercialization of cultivated meat more efficiently.

In short, the company says the argument about its technology is true: cultivated meat at “commercial scale is not inevitable.” However, investors evaluating opportunities in cellular agriculture should expect a transformation of the meat industry over decades and continue to employ intensive due diligence before entering this arena.

To its peers in the industry, Mosa Meat encourages members of the industry to do the same. The company says, “There is a natural tension between needing to generate excitement to raise funding and not overpromising on important milestones.”

To streamline the discussion, Mosa Meat has summarized five categories:

Growth media
A common concern mentioned by both supporters and skeptics of cellular agriculture is around the use of fetal bovine serum (FBS) as a source of micronutrients for cell proliferation. FBS is derived from blood collected from the calves of pregnant cows at slaughter. 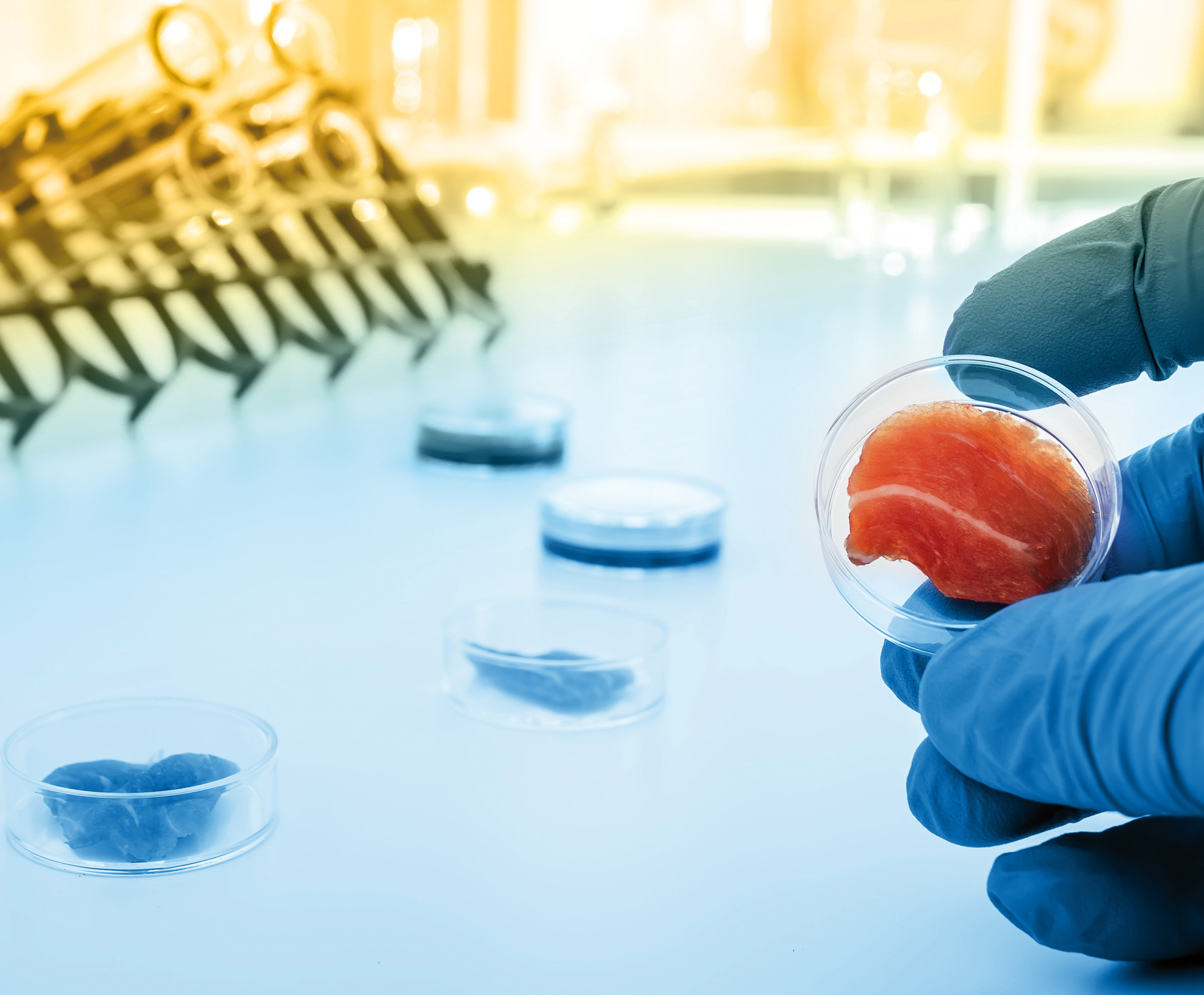 Few companies have contributed to the open advancement of the cellular agriculture industry as a whole, says Mosa Meat.A small amount of FBS was used in its 2013 burger, and every cultivated meat company that Mosa Meat knows has used it in the R&D process. The company decided that if an alternative to FBS could not be developed, it would discontinue its work and not bring any products to market. This decision was based on both moral and economic grounds.

Life cycle & techno-economic analyses
CE Delft previously incorporated data provided by cultivated meat companies to be anonymized to maintain confidentiality. Such studies, including Dr. David Humbird’s, a UC Berkeley-trained chemical engineer, have been based on publicly available data and insights from parallel fields such as biopharma.

Although it is realized that these studies are anticipatory because production processes have not been consolidated yet, Mosa Meat enthusiastically contributed to this necessary research with our current data to get an objective view of the progress of our industry beyond such parallel comparisons. This has focused on our production steps, as anticipated now, which could be a challenge or liability.

Hardware & production scalability
Critics are honing in on the scalability of cultivated meat with some valid points based on the information underpinning its assumptions. The conclusions boil down to the technological challenges of preventing contamination, costs of production facilities beyond financing limits, and growth media being too expensive for the economics of cultured meat to make sense.

In short, there are credible reasons to believe that this can be done within Mosa’s business model using optimized production processes and a fully developed value chain. The more important question is how long it will take for industry to scale to that point, and the accurate answer continues to be a decade or more, the company states.

Open source vs. private research
The founders of Mosa Meat first came together because of a government grant to explore opportunities to advance the field. They hoped that the 2013 burger would trigger a “moonshot” level of public investment in research to make the technology ready to scale for the world’s benefit. When that did not happen, they formed Mosa Meat. Private funding was then essential to further develop R&D.

However, the values of sharing knowledge and promoting technology have remained at the core of the company.

With more than 80 companies, dozens of academic institutions and NGOs worldwide working on cellular agriculture, incredible progress has been made since Mosa unveiled the 2013 burger.

During COP26, the UK announced funding in this space because they “believe developing cultivated meat is one of the most significant advances that we can make, as a country and as a planet, to tackle the scourge of food shortages and climate change.”

This comes on the heels of the United States Department of Agriculture (USDA) granting US$10 million in public funding for the establishment of the National Institute for Cellular Agriculture at Tufts University and similar investments in Iceland, Norway, Korea, Japan, the European Union, Singapore and Australia.

Role of investors
Dozens of investors, VCs and established corporations worldwide are betting on cultivated meat to be transformative and profitable in the long term. At least three companies, including Mosa Meat, Aleph Farms and Upside Foods, have closed series B investment rounds. In short, the company says the argument about its technology is true: cultivated meat at “commercial scale is not inevitable.”

The risk tolerance for investors in this round is considerably lower. It involves rigorous due diligence by the investor’s in-house teams and third-party experts under the scope of a non-disclosure agreement.

Mosa says the size and caliber of the companies that have now begun investing in cultivated meat gives a clear signal about the perceived viability of cellular agriculture. Many of these investors are also potential value chain partners that bring to the table expertise and strategic partnerships to help the industry commercialize more efficiently. It would be unfair and inaccurate to characterize them as uninformed or naive, the company underscores.

Of course, Mosa believes that constructive criticism is significant and signifies a healthy scientific and innovation ecosystem.

Based on first-hand experience, Mosa says the questions being posed by the publications are the right ones. However, they state some of the fundamental conclusions they have drawn are based on incomplete and outdated data.

Mosa Meat has addressed many of these challenges already. In summary, there is strong evidence to indicate that full-scale commercial production of cultivated meat is not only possible but probable.

The objective of the grant is to make cultivated beef available within the EU shortly.

More than four out of five meat and dairy sector capital investors are worried about climate change and how it will affect their investments. While agreeing with the... Read More

Upside Foods, formerly known as Memphis Meats, has closed a US$400 million series C funding round, the most significant round in industry to date. This latest raise is... Read More