You are in : All News > Gene-edited hen hatched using unique technology will change global poultry industry

14 Dec 2022 --- For the first time in history, scientists have genetically engineered a hen that lays eggs from which only female chicks hatch. The “Golda hen” was bred from a special technology that transfers a biological trait through sex chromosomes, which prevents the development of male embryos.

In addition to reducing the many resources needed for hatching chicks, the costs of sorting and culling the day-old male chicks – which are considered an “unnecessary by-product” in the edible egg industry – will be reduced by almost half, the researchers behind the technology note.

“Compassion is usually extremely wary of gene editing but believes that in this exceptional case it is justified in potentially helping to prevent the killing of millions of day-old male chicks,” chief policy advisor at Compassion, Peter Stevenson, tells FoodIngredientsFirst.

“Neither the chicks nor the eggs are gene edited,” he highlights. “It is only the hens that produce the female-only chicks that are gene edited. Compassion has given in-principle support to this development as it could lead to the end of the killing of male chicks.”

“The next important step is to see whether the hen and the female chicks she produces - who will lay eggs for human consumption - can go through a commercial lifespan without any unexpected welfare issues arising.” 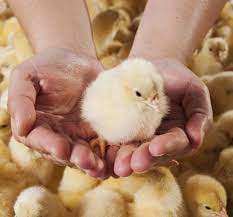 The costs of sorting and culling the day-old male chicks – which are considered an “unnecessary by-product” in the edible egg industry – will be reduced by almost half.Tech-driven advance
The Golda hen was found to be successful in her female egg laying and is currently breeding a new generation of chickens, completely identical to the breed of hens that lay edible eggs and are currently used in agriculture.

“In recent years, we have witnessed a change in awareness around the world regarding animal welfare, but on the other hand, no practical solutions have been found to stop the unfortunate phenomenon of killing the male chicks,” remarks Yaarit Weinberg, CEO of the Poultry Company.

The innovation is a result of the collaboration between the Huminn Company (formerly NRS) and the Volcanic Institute, an Israeli agri-food research hub.

“The scale of the egg-laying market in the world is estimated at about 7 billion laying hens, and for each hen a male chick is destroyed,” Dr. Yuval Cinnamon, founder and chief scientific officer at the Huminn Company.

“The production of edible eggs in the world is estimated at over 2 trillion eggs per year – over 80 million tons. I had the privilege of leading a team of excellent and dedicated researchers who developed a practical solution to an issue that affects every human being and so many animals.”

Gene editing has risen in prominence as a vehicle to offset many challenges along the food supply chain, such as raising nutrition levels and cultivating more weather-hardy crops. Particularly in the UK, policymakers have recently moved to relax regulations for gene-edited foods, while consumers still remain wary and more public education on the topic is required.

Big win for chicken rights
The EU’s Directorate-General for Health and Food Safety has examined the technology and confirmed that the egg-laying process and the eggs can be commercialized.

Over recent years there has been a growing demand from regulators and associations to solve the issue of culling male chicks. 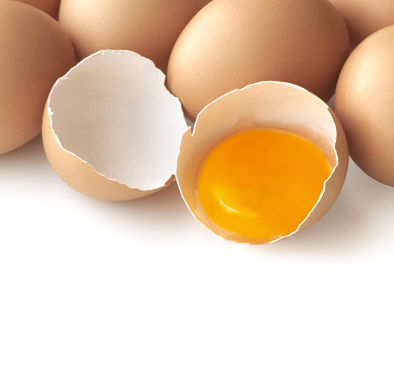 The EU’s Directorate-General for Health and Food Safety has examined the technology and confirmed that the egg-laying process and the eggs can be commercialized.

Food heavyweights Nestlé, Kraft-Heinz, Nando’s and Greggs have previously spoken out in support of better treatment for chickens, backing a bill to end caging of egg-laying hens in October last year. Nestlé in particular openly called on EU policymakers to phase out cages in animal farming, starting with laying hens.

However, the movement has also regressed in some areas. Sixty-three percent of Swiss voters recently decided to vote against a proposal that would have banned intensive animal farming and imports from countries where this practice is in place.

Poultry sector under strain
The Golden hen’s efficacy in streamlining production costs for poultry producers is timely as the industry has been recently hit by issues of inflation and avian influenza.

Last month, egg farmers in the UK have had to reduce their flock sizes due to increasing costs that are making their businesses unfeasible. The British Free Range Egg Producers Association warned that many of its members are losing money due to high chicken feed prices and energy costs.

British farmers are also still dealing with the UK’s largest avian influenza outbreak, leading to millions of birds being culled in the past 12 months. This has forced UK supermarkets to limit the number of eggs consumers can buy. In November, big chains like Aldi, Asda, Lidl, Marks & Spencer, Morrisons and Tesco only allowed customers to go home with only a couple of boxes of eggs.

Meanwhile, the US Center for Disease Control has also reported a similar number of birds lost, at 50 million.

The strain placed on the poultry farming sector has led innovators across the food space to roll out a host of egg alternatives. Perfect Day partnered with egg alternatives specialist Onego Bio to commercialize chicken-free ovalbumin – the most abundant egg white protein – which is extracted through precision fermentation.

By Benjamin Ferrer and Gaynor Selby