You are in : All News > Food waste (Part 2): Retailers, innovation & technology – the impact on the crisis

10 May 2018 --- Over the last couple of years, moves have been made to crack down on huge waste within the retail industry. Supermarkets now frequently donate food to local charity organizations through organized programs rather than dump it.

It’s a little over a year since France outlawed food waste at a retail level. French Parliament ruled that supermarkets would face fines if they throw away edible food or food that can be used as animal feed.
The Co-op supermarket is cracking down on food waste with its pioneering new initiative to sell food after its “best before” date. The East of England Co-op says it is the first major retailer to start selling products beyond their best before date with the aim of significantly reducing food waste in its stores. The retailer will now sell products over their best before date in its 125 food stores for a nominal 10 pence charge (US$0.13).
The move follows a successful three month trial in 14 of the Co-op’s stores and will be launched with the new campaign, “The Co-op Guide to Dating.”
And UK supermarket Tesco has just launched a new range of cold-pressed juices, using wonky fruit and vegetables that may otherwise have gone to waste. The Waste NOT line uses surplus apples, beetroot, strawberries and watermelon that fall outside produce specifications and are available in 250ml bottles (made from 30 percent recycled plastic) priced at £1.50 (US$2.03). Tesco hopes to “save” around 3.5 tons of surplus/waste fruit and vegetables within the next 12 weeks. 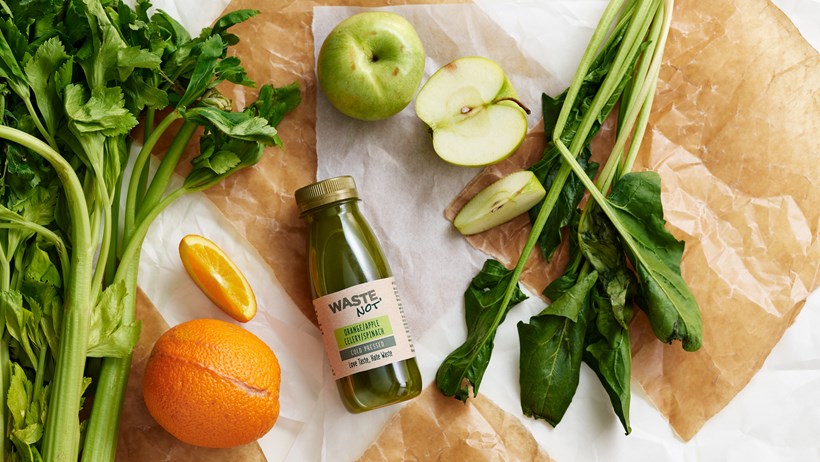