You are in : All News > Fiber-enriched cola: Taiyo and partners launch sugar-free “Sunfiber Cola”

09 Oct 2019 --- Collaboration partners Taiyo, Sinalco and Sweethouse have launched their second beverage concept – a functional Energy 4.0 cola that is sugar-free and enriched with guar bean dietary fibers. Classic soft drinks, colas and energy drinks are still in vogue. However, they all contain a lot of sugar and caffeine that stimulate the nervous system to produce more energy. Now that these two energy sources are coming under more scrutiny, the sugar-sweetened soft drinks market is continuing to undergo huge reformulation to appeal to a broader range of tastes.

“This is the first fiber-enriched cola worldwide on the market. We call it our functional cola, which is a real innovation. It was in the making for two years. We are also working on several other functional colas that will be brought to the market in the future,” Dr. Siebrecht reveals.

Moreover, Sunfiber Cola is sugar-free. Sweetened with the ingredient, Qorus Dolce, from Sweethouse, Sunfiber Cola closely mimics the taste and mouthfeel of the sugar-sweetened original. It displays a natural, sugar-like profile with no aftertaste. Secondly, Sunfiber Cola contains Taiyo’s 100 percent natural guar bean Sunfiber. This dietary fiber is tasteless, odorless and water-soluble, and has no effect on the taste, mouthfeel, or appearance of the end product, says Taiyo.

The dietary fiber in Sunfiber Cola is fermented by bacteria in the large intestine to provide a form of sugar-free slow-release energy. Broken down into short-chain fatty acids (SCFAs), which are absorbed by the mucosa and into the bloodstream, its Energy 4.0 effect is induced by activating AMPK, which stimulates the production of ATP, the body’s main cellular energy molecule.

Usually, AMPK is activated during exercise or by fasting, which is why we feel energized after a workout or two to three days of not eating. Conversely, it’s inhibited by alcohol and its functionality decreases with age. However, AMPK can be activated by natural ingredients and nutrients such as green tea polyphenols, curcumin, or dietary fibers. As such, a light meal that’s rich in dietary fiber may be more energizing than a high-calorie dish with lots of sugar and fat. At the same time, Sunfiber also has a satiating, appetite-inhibiting effect and enhances digestion and the growth of good bacteria in the gut, says Taiyo. 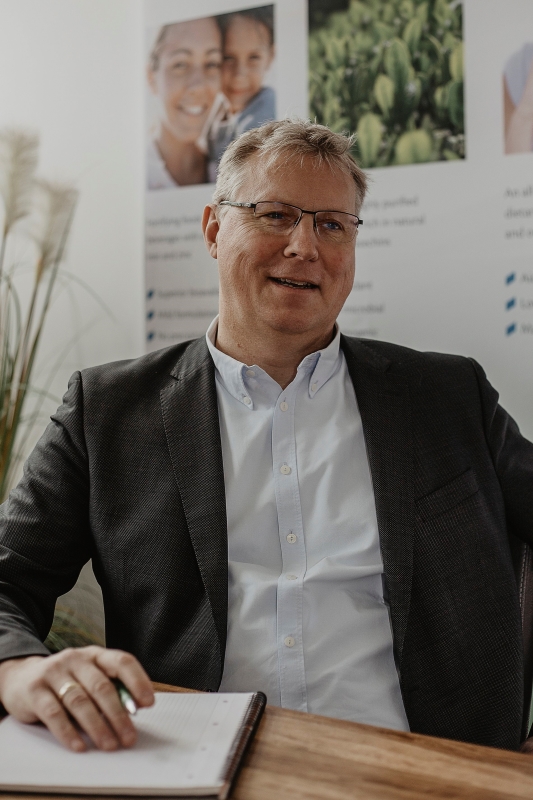 Globally, one in three adults are overweight and more young people are struggling with obesity problems. According to the joint statement, “Sunfiber Cola can both increase fiber uptake and reduce calorie intake – both of which are associated with a weight-reducing effect and were recently confirmed in a crossover study with 32 healthy volunteers.”

Divided into three groups (no, Sunfiber-free or Sunfiber-containing beverages), participants were asked to consume two drinks per day between breakfast and lunch for two weeks with a washout phase between phases. Results showed that drinking Sunfiber-containing beverages significantly increased feelings of satiety and reduced the energy intake of the next meal by 70–100 calories.

Sunfiber Cola was presented for the first time at the “Innovation in Non-Alcoholic Beverages Congress” event in London, UK, last month.

Dr. Siebrecht also notes that several start-up companies are interested in using Sunfiber in their new beverages. “Innovation in the beverage industry is mostly driven by start-up companies. We assume to launch now 10-20 beverage concepts with Sunfiber every year worldwide,” he concludes.

You can read more on Taiyo's line of new dietary additives here, which will be presented at Fi Europe in Paris, France this December.

Symrise has opened an innovation lab co-located at Colworth Science Park in the UK. The on-site resources allow the local application specialists to “decode the... Read More

Solvay is partnering with supply chain software specialist BanQu to launch a transactional platform based on blockchain for its Indian supply chain for guar gum, a key... Read More