You are in : All News > European F&B players call for relief from punitive tariffs amid Airbus trade dispute

16 Oct 2020 --- European F&B associations threatened or hit by US tariffs as part of the Airbus trade dispute are jointly calling upon the EU and US to de-escalate this conflict through negotiated solutions.

The coalition flags that it “no longer can afford to foot the bill for such unrelated disputes.” The problems have been exacerbated in light of the economic slowdown caused by the COVID-19 crisis, worsened by recent restrictions and localized lockdowns across Europe.

“The negative effects of the punitive tariffs manifested themselves as soon as they came into force on October 18, 2019,” Alexander Anton, secretary general of the European Dairy Association (EDA), a member of the coalition, tells FoodIngredientsFirst.

“An analysis from Italy’s farmers’ group Coldiretti showed a direct decrease in exports of Parmigiano Reggiano and Grana Padano of 54 percent in November and 43 percent in December 2019 compared to the previous year,” he notes.

“We received similar worrying signals from other Member States, especially Ireland, as this situation doesn’t seem to improve.”

Products most impacted by the tariffs are those with a high added-value and which are often protected under EU quality schemes, such as cheeses, wines, spirits and olive oil. Others include table olives, pork meat, coffee, biscuits, processed fruit, citrus, mussels and liquors.

The undersigned associations call on the US to suspend additional tariffs imposed on European products as part of the Airbus dispute and on the EU to refrain from imposing additional tariffs on US products, while negotiations are ongoing.

F&B sector faces “irreparable harm”
When the Airbus conflict first escalated in October 2019, repercussions of the spat were slammed by the EDA as “collateral damage of an airborne fight.” A World Trade Organisation (WTO) ruling on Airbus subsidies gave the US the right to levy tariffs on EU exports as retaliation for earlier, excessive EU subsidies given to the aircraft maker Airbus. 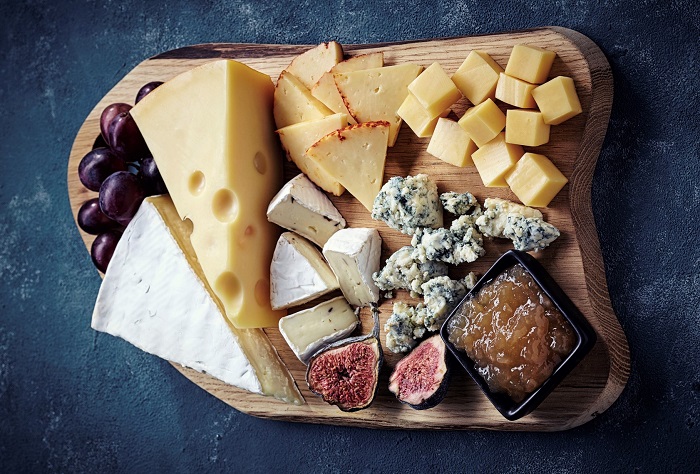 The lack of progress on a negotiated settlement is highly concerning for the coalition of F&B organizations, as is the potential threat of rapid escalation, at the detriment of sectors already suffering due to the global pandemic.

“The impact of this trade dispute is felt in the overall supply chain but also hurts consumers,” Anton at EDA stresses.

“The imposition of the US punitive tariffs are too high to be absorbed by the operators in the supply chain (farmers, traders and retail) so they will inevitably lead to higher prices and possibly a limited assortment for US consumers.”

The EU’s active trade agenda has opened additional markets, such as Japan. Anton, however,  views these markets not as a replacement for the US market, but “as an addition.”

Mitigating impact
Shortly after the Airbus dispute commenced, the European Parliament (EP) asserted that hard-hit agricultural sectors in the EU urgently need a package of support measures to mitigate the negative impacts of US tariffs and the long-standing Airbus/Boeing dispute.

“The EU must act swiftly to help EU farmers unduly affected by newly imposed US tariffs worth €6.8 billion (US$7.5 billion),” underscored the EP.

Impacted companies have had to come up with arrangements to split the costs involved with these new tariffs for contracts that were concluded prior to the announcement of the Airbus decision at WTO level.

For contracts concluded after the announcement of the tariff increases, companies must engage in difficult negotiations with buyers as regards who should take on the burden of these extra costs. “In summary, importers in the US are very hesitant and business is certainly not conducted in a normal manner,” dairy association Eucolait outlines.

“Our organization is part of the puzzle,” Anton at EDA tells FoodIngredientsFirst. “We intensified our outreach and discussed the issue with all relevant parties.”

Anton met with Michael Hager, the Head of Cabinet of the new EU trade commissioner, Valdis Dombvroskis, to exchange on potential EU responses on the WTO ruling.

“We hope that the risk of further escalation will be avoided and that the voice of reason and moderation will prevail, on both sides of the Atlantic,” maintains the EU’s F&B coalition.

“Both sides need to realize that they have nothing to gain in continuing to fuel the negative cycle. The EU and the US should instead build on the goodwill generated by the tariff reduction agreement concluded in August and speed up work on a negotiated solution.”

European dairy players are breathing a sigh of relief after a five-year truce has been struck in the long-running trade dispute over subsidies for Boeing and Airbus,... Read More

The European Parliament has rejected a proposal to ban the use of words like “sausage” and “burger” to describe vegan and vegetarian products, in... Read More

The row over how to name plant-based products is heating up after European meat and dairy sector stakeholders have come together to criticize plant-based offerings that... Read More

Mandatory national origin labeling in the EU is coming under fire as some F&B organizations flag that it instigates protectionism and goes against the principles of... Read More