You are in : All News > World Food Day: Poll reveals 60% global consumers “concerned about food safety”

16 Oct 2020 --- Over half of the world’s population – 60 percent – are worried about the food they eat and 51 percent are concerned about the safety of the water they drink. That is according to the first-ever Lloyd’s Register Foundation World Risk Poll, highlighting the global state of food safety in 2020. The findings have been shared today in light of World Food Day.

This year’s World Food Day comes as the world continues to fight the COVID-19 pandemic. It has exposed the fragility of the world’s agri-food systems, threatening to push millions more into hunger and has made many global consumers rekindle their appreciation for food security.

With the theme “Grow, nourish, sustain. Together. Our actions are our future,” World Food Day 2020 calls for more resilient and robust agri-food systems, and for global solidarity. These are both vital for the world’s recovery from this crisis and for building a more future-proof food system.

Each year, over 150 countries worldwide hold events to mark World Food Day, making it one of the most celebrated international days. 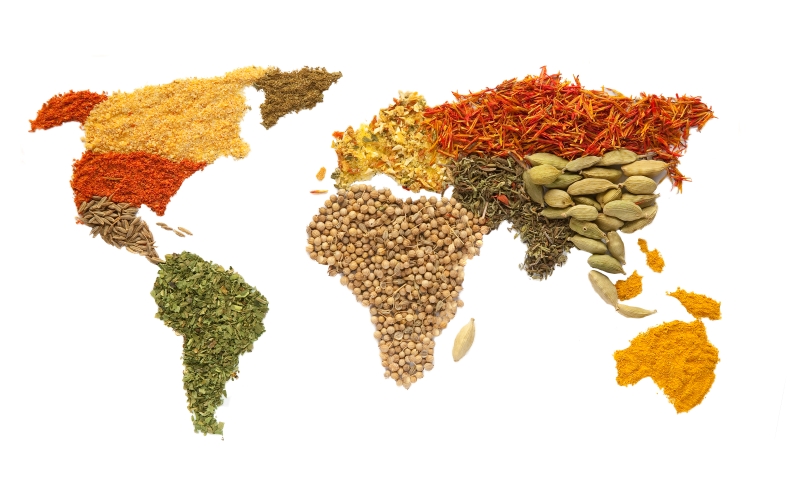 World Food Day 2020 will call for more resilient and robust agri-food systems and global solidarity. It also comes as the UN’s Food and Agriculture Organization (FAO), the organizer of World Food Day, turns 75. FAO was founded on 16 October 1945 – a few days before the UN itself – to further agricultural knowledge and nutritional well-being.

Global state of food and water safety
The poll was conducted by Gallup as part of its World Poll, with over 150,000 participants across142 countries. The World Risk Poll intends to “transform understanding of worry and well-being to pinpoint how people across the globe perceive and experience risks, to engineer a safer world ultimately.”

The World Risk Poll is the first global study of worry and risk across the world.

“The World Risk Poll was carried out before the pandemic and provides a picture of who people trust and how personal characteristics and other factors influence this. When we come to repeat the poll in 2021, it will be fascinating to see if the pandemic has changed those attitudes,” Dr. Sarah Cumbers, director of evidence and insight at Lloyd’s Register Foundation, tells FoodIngredientsFirst.

“The World Risk Poll has shown us that a billion people were harmed by food in the two years before polling. Many of these people will have other worries which they are more concerned with, and awareness-raising is an important tool in empowering people to deal with risk,” continues Dr. Cumbers.

The big lessons from the world risk poll around trust are seeing the extent to which governments are trusted to keep us safe in vital areas of infrastructure, including food supply, notes Dr. Cumbers.

“There are also fascinating insights into who people trust, which governments and others concerned with keeping citizens safe when it comes to food, will find useful,” she argues.

“Developing communications that are relatable, from trusted sources, and that empower people to take action to reduce risk is key. Many of the countries polled are falling short in building trust in this area, and we hope the World Risk Poll results will aid governments and others to improve,” asserts Dr. Cumbers.

“Despite the threat from contaminated food and water, policymakers and professionals have been hampered by the lack of rigorous and comprehensive data on the level and nature of hazards and the prevalence of associated illnesses,” she says.

“The results of the World Risk Poll also reveal that food safety authorities need to consider carefully the channels they use to disseminate crucial information if it is to be effective.”

Dr. Cumbers recommends the authorities look for  ways to build trust among the people most threatened by unsafe food and water. This includes tailoring their messages and the communication routes to vulnerable people according to the different audiences they are addressing.

“The World Risk Poll gives us the first-ever global view of people’s attitudes and awareness of the risks posed by unfit food and drink,” says Markus Lipp from the UN’s FAO.

“By understanding how people view food safety risks, what they worry about and what they never consider, we can create interventions that are relatable and practical so people can act in their interests and keep safe and healthy,” Lipp notes.

Unequal concerns
Lloyd’s Register Foundation World Risk Poll shows most of the world is worried they will be harmed by the food and water they consume every day.

Seventeen percent of poll respondents – potentially reflective of one billion people worldwide – suffered significant harm from the food they ate in the two years before polling. Almost as many, 14 percent or 823 million, have been seriously harmed by the water they drink.

With around 10 percent of its respondents reporting serious harm in the last two years, the UK ranks 126 out of 142 to experience serious harm from eating food – placing Britain among the top 20 countries in the world for food safety.

The poll indicates that the burden of food-related diseases is not spread equally across the world and is highly related to economic development levels, with low-income and middle-income countries disproportionately affected. The most significant levels of harm from food occur in East Africa (29 percent experienced harm) and the Middle East (27 percent experienced harm). The World Risk Poll intends to transform understanding of worry to pinpoint how people across the globe perceive and experience risks associated with food security.

Countries and territories that had experienced the most harm from food were those in the developing world. The top three countries were Liberia (52 percent ), Zambia (51 percent) and Mozambique (45 percent).

However, the World Risk Poll reveals that in these regions, levels of worry about food are lower than the levels of harm experienced, as seen in East Africa (25 percent worried) and the Middle East (22 percent worried).

In Southern Africa and Latin America, and the Caribbean, levels of harm experienced from food are high (26 percent and 22 percent respectively), but levels of worry are much higher (43 percent and 33 percent).

The same pattern is repeated for the experience of harm and worry about water. This suggests that communication about food and water risks should be very specific to empower people to take action that keeps them safe.

Data from the FAO shows that each year around three million people worldwide die as a result of eating food tainted with bacteria, viruses, pesticides or chemical residues.

The World Health Organization estimates that a further 485,000 people die each year from drinking contaminated water.

Although the world’s population suffers many problems from the food they currently eat, genetically modified (GM) food is seen as high risk, with 48 percent of people worldwide saying they think GM foods will mostly harm people in their country over the next twenty years.