You are in : All News > EU fails on food waste: Report reveals bloc discards more than it imports 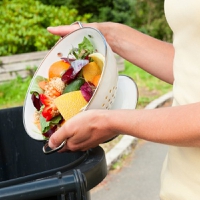 21 Sep 2022 --- The amount of food the EU wastes each year is 15 million metric tons more than what is imported into 27 countries  yearly. Food waste costs the EU €143 billion per year (US$141.7 billion), with a report by Feedback EU raising the alarm of how it’s vital to reduce waste from farm to fork 50% by 2030 and the only way this will be achieved is by enforcing a mandatory directive forcing the food industry to do better and retailers to pay a tax of food waste.

Moreover, it is particularly important to reduce waste at a time when inflation is hitting consumers hard and when the Ukraine war is reducing the amount of grain in the global markets. According to the study, the amount of wheat wasted in the EU could cover for half of the wheat exports lost in Ukraine.

However, the authors state that the agri-food sector benefits from the status quo.

“The food industry is benefitting from selling more food than consumers need. A good example is the promotion of multi-buys, which makes people buy more than they can eat, which may go to waste. Selling food in large packages is another way to profit more, and consumers will either eat too much (and become obese) or waste the food,” Frank Mechielsen, director of Feedback EU, tells FoodIngredientsFirst.

Furthermore, the report flags how vegetables are “often rejected by buyers on cosmetic grounds” for being of an undesired size, shape and appearance, even if they are perfectly edible. A survey of Flemish farmers in Belgium found that two-thirds waste food because of cosmetic specifications, with one-fifth of farmers surveyed reporting losses of over 40%.

Farmers are often under pressure from retailers to provide attractive looking fresh produce.

Uneven culprit
Food waste is distributed unevenly, with primary production taking the largest portion of 59%, followed by households with 21%, processing 10%, foodservice 7% and wholesale and retail another 7%, with the report using World Wide Fund for Nature estimates.

“Retailers and food companies outsource the cost of the waste at farmer level to the producers,” explains Mechielsen. For example, retailers and buyers cancel orders with a farm at the last minute, making it impossible for farmers to find an alternative buyer before the produce spoils.”

Globally, the Intergovernmental Panel on Climate Change puts the cost of food waste at US$ 1 trillion per year.

The amount of land used worldwide to grow wasted food is larger than the surface area of India and Canada combined.

With EU food inflation at 14%, approaching food waste becomes increasingly important to reign on prices.Calls for a mandatory target
NGOs, environmental bodies and politicians are calling for a mandatory binding target to reduce food waste by 50% in 2030 from farm to fork. Pierre Condamine, former waste policy officer at Zero Waste Europe, says that only policy will create real and transformative change.

“If the EU is serious about reducing food waste and transitioning to sustainable food systems, it needs to adopt a binding target of 50% reduction covering the whole food supply chain. So far, sole focus on citizens and voluntary measures have proven to be inefficient.”

“We have only a few years left to reach the SDG target of 12.3 (halve the global per capita food waste) to which all governments of the EU committed back in 2013. Since then, not much has happened and our economies still generate incredibly high amounts of food waste,” says Piotr Barczak, inclusive circular economy expert at the European Environmental Bureau.

“The EU must urgently revise this target within the EU Waste Directives and make it mandatory,” he highlights.

Hannah Legleitner, manager at Restlos Glücklich, highlights that to achieve these targets across all stages of the value chain an overall survey ranging from the prev-harvest state to the stage of consumption in private households must be conducted, with “no time to lose.”

Martin Häusling, member of the European Parliament and agricultural policy spokesman for the Greens, adds that best-before dates must be “approached in an ambitious manner.”

Recently, some UK retailers have scrapped best before dates on fruit and vegetables in a bit to cut waste.

According to the report, the following measures would help businesses reach the target.

Furthermore, the report says that big supermarkets should be required to report on food waste levels in their suppliers.

“We recommend charging a levy on supermarkets proportional to the food wasted by their suppliers to reflect their shared responsibility for this, which could be spent on assisting producers and processors in reducing food waste.Globally, the Intergovernmental Panel on Climate Change puts the cost of food waste at US$ 1 trillion per year.

The study calls for small and medium-sized enterprises to be exempt from punitive measures and instead be offered support to measure and reduce waste voluntarily.

According to Innova Market Insights September survey Innova Lifestyle & Attitudes 2022, half of consumers that have had a negative change in their financial circumstances (become poorer) have minimized food waste – 50% for a lot worse finances and 53% for a little worse. This is in comparison to the 47% that have minimized food waste among those with unchanged finances and the 37% of those whose finances improved in the last 12 months.

The market researcher also reveals that nearly half of consumers are cutting food waste, and 63% say that they would like to eat at a restaurant that actively prevents or reduces food waste.