You are in : All News > Equity for airtime: Channel 4 takes stake in The Meatless Farm Co 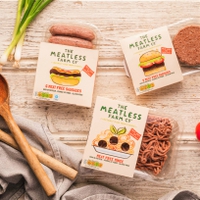 24 Sep 2019 --- Leading British broadcaster, Channel 4, has signed a seven figure (undisclosed) deal with plant-based company, The Meatless Farm Co, through its Commercial Growth Fund. The partnership will see the broadcaster take equity in the British company in exchange for commercial airtime across its channel portfolio. The Meatless Farm Co’s television advertising campaign follows significant marketing investments made by the brand.

“Our mission is to make it easy for people to reduce their red meat consumption by switching to plant-based meat alternatives. Making the swap, even if it’s just once a week, can make a huge difference to our planet – it’s the equivalent of taking 16 million cars off the road,” says Morten Toft Bech, Founder of The Meatless Farm Co. 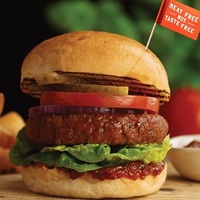 Click to EnlargeOutside the UK and US, The Meatless Farm Co has launched in Sweden, Canada and the UAE.Aside from environmental concerns, key drivers behind consumers opting to eat more plant-based meals are health and animal welfare priorities. According to The Meatless Farm Co, a rising number of consumers would be more likely to go to a restaurant or pub if they knew that it was introducing a new plant-based menu option. Innova Market Insights reports that meat substitutes accounted for 14 percent of global meat launches in the first nine months of 2018, up from six percent in 2013.

Alongside Beyond Burger and Impossible Foods, The Meatless Farm Co has quickly risen as a serious contender in the global plant-based market. Started by Morten Toft Bech in 2016, the company has created a range of meat alternatives using plant proteins and has secured listings including Sainsbury’s, Morrisons, Co-op and Whole Foods Market stores in the UK and US. The recent US rollout follows launches of the brand’s products in Sweden, Canada and the United Arab Emirates.

The latest development follows The Meatless Farm Co’s sustained expansion through a new Brakes listing from this month. The new listing will ensure The Meatless Farm Co’s range of plant-based ground meat-substitute, burgers and sausages are available for operators across the UK. The company’s products are made from a signature mix of pea, soy and rice protein.

“The plant-based market is a huge growth area as people, particularly young people, are increasingly seeking plant-based alternatives to meat,” says Vinay Solanki, Head of Commercial Growth Fund at Channel 4. “The Meatless Farm Co’s innovation and sustainability credentials are inspiring.We hope that through advertising across our channel portfolio and reaching our valuable core 16 to 34-year-old audience, we’ll help support their impact and growth journey.”

Alongside capitalizing on the recent boom in plant-based diets, Meatless Farm Co is also driving a wider environmental initiative. Earlier this year the company launched the UK Meatless consumption target, a campaign demonstrating that if every UK household ate one more plant-based meal per week for a year, 8.4 percent of the UK’s greenhouse gasses could be saved. This year has also seen continued innovation in new product development with the addition of plant-based sausages to its growing range.

25 Sep 2020 --- New research indicates substantial potential markets for cultured meat and the movement towards reduced-meat diets across Germany and France. The study finds that... Read More

25 Sep 2020 --- Dutch plant-based food brand Vivera is celebrating its 30th anniversary with a €30 million (US$35 million) investment, set to double the size of its production... Read More

18 Sep 2020 --- Soy’s amino acid profile makes it an effective contender across diversified plant-based offerings. However, due to research findings linking the crop with... Read More

16 Sep 2020 --- Descendant of John Cadbury and founder of British chocolate specialist, Love Cocoa, James Cadbury, is on the verge of launching his new venture – the... Read More