You are in : All News > Eliminating animal-based agriculture: Impossible Foods rakes in US$500m funding

17 Mar 2020 --- Impossible Foods has secured approximately US$500 million in its latest funding round. The company will use the funds in part to invest in fundamental research and innovation; accelerate its manufacturing scaleup; expand its retail presence and its availability in key international markets; and accelerate the commercialization of next-generation products including its plant-based sausage and pork alternatives. The food-tech startup has raised nearly US$1.3 billion since its founding in 2011.

“Our mission is to replace the world’s most destructive technology – the use of animals in food production – by 2035,” says Dr. Patrick O. Brown, Founder and CEO of Impossible Foods. “To do that, we need to double production every year, on average, for 15 years and double down on research and innovation.”

The demand for meat substitutes continues to surge. “The Plant-Based Revolution” is pegged by Innova Market Insights as a pivotal trend set to shape the F&B landscape this year and onward. According to the market researcher, 2019 saw a 59 percent increase in plant-based claims in new product launches globally.

“The market has its ups and downs, but the global demand for food is always there and the urgency of our mission only grows. Our investors not only believe in our mission, but they also recognize an extraordinary opportunity to invest in the platform that will transform the global food system,” Dr. Brown adds. 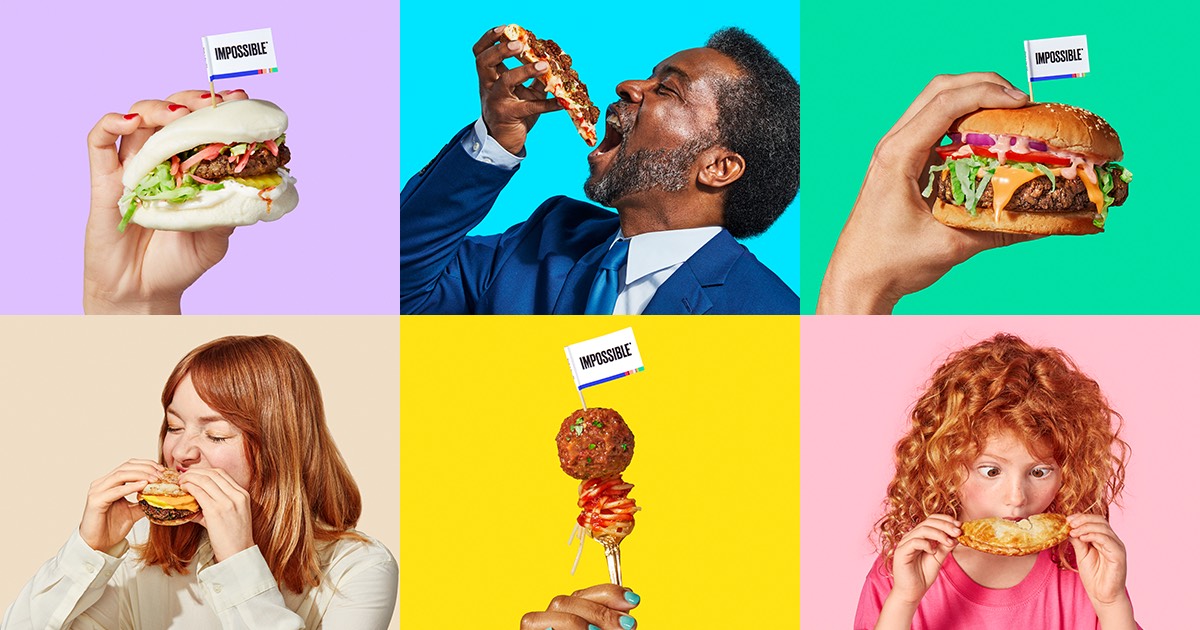 Click to EnlargeImpossible Foods has expanded its variety of plant-based overings in the past year.The new Series F funding round closely follows the launch of the company’s latest next-generation products, Impossible Sausage and Impossible Pork earlier in January, which debuted at the International Consumer Electronics Show. Meanwhile, demand for the flagship product Impossible Burger continues to be strong, the company reports.

Impossible Burger experienced an unprecedented sales surge last year. As a result, the company has reportedly more than quadrupled production at Impossible Foods’ manufacturing facility in Oakland, California, US, and at multiple plants owned by co-manufacturing partners.

Burger King continues to sell its Impossible Whopper at its US locations, saying the menu item has exceeded expectations and continues to attract new guests. Meanwhile, DoorDash, a door-to-door delivery service, has launched a dedicated Impossible Cuisine category to showcase merchants that offer Impossible menu items.

The new funding round, which closed last week, was led by new investor Mirae Asset Global Investments, with participation from existing investors including Khosla Ventures, Horizons Ventures and Temasek.

Amid expansion, the company announced a significant price cut earlier this month, which applies to distributors and averages 15 percent on Impossible Foods’ current US foodservice products. The meat analogs giant further detailed that “month-over-month production records and new economies of scale,” was responsible for the price cut.

Driving down prices remains key to the Impossible Foods’ mission of helping eliminate the need for animal agriculture by 2035. Competing in the traditional meat sector, the company targets affordability for its products.

In August, soy leghemoglobin was approved as a color additive to be used in uncooked ground beef analog products following a petition from Impossible Foods in 2018. The US Food and Drug Administration’s (FDA) green light enabled the company to sell raw Impossible Burgers directly to consumers, instead of cooked patties via restaurants, prompting further growth in the meatless space.

However, following the approval, the Center for Science in the Public Interest (CSPI) launched a rebuttal that branded the approval as “barebones.” The response brought to the fore critics’ concerns over the potential health impacts of certain ingredients being used in products that are attempting to replicate meat – sans animal-based ingredients.

Business update during COVID-19
As the outbreak of the coronavirus COVID-19 continues to severely impact global supply chains – contributing to a World Food Price dip in February amid numerous international trade show cancellations – Impossible Foods reports it has taken “aggressive measures” to prioritize the health and safety of its employees.

The company has set up a COVID-19 task force closely that closely monitors the global, national and regional situation to provide real-time information to employees, suppliers, customers and all stakeholders. It continues to consult with experts in the private and public sectors on these matters.

“With this latest round of fundraising, Impossible Foods has the resources to accelerate growth – and continue to thrive in a volatile macroeconomic environment, including the current COVID-19 pandemic,” says David Lee, Chief Financial Officer of Impossible Foods, in an update regarding the company’s efforts during this pandemic.

30 Apr 2021 --- Sophie’s Bionutrients has developed a proprietary strain of microalgae that can grow in a fermentation tank, be fed on various food waste and harvested in... Read More

29 Apr 2021 --- The Good Food Institute (GFI) and more than 60 key players and stakeholders in the alternative protein space are calling on the US federal government to make... Read More