You are in : All News > E. coli investigation: Water from irrigation canal “most likely” cause of biggest US outbreak in a decade

E. coli investigation: Water from irrigation canal “most likely” cause of biggest US outbreak in a decade 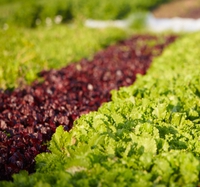 06 Nov 2018 --- The US Food & Drug Administration has completed a full investigation into the country’s largest E.coli outbreak in more than a decade where five people died and scores of people were sick as a result of the food contamination. The probe provides an overview of factors that potentially contributed to the contamination of romaine lettuce with E. coli O157:H7 that has been implicated in the multistate foodborne illness outbreak.

In early April, the FDA, in conjunction with the Centers for Disease Control and Prevention (CDC) and state partners, began to investigate a multi-state outbreak of E. coli O157:H7 infections. When this outbreak was declared over by the CDC two months later, it was the largest outbreak of E. coli O157:H7 infections in the US since 2006, with 210 reported illnesses from 36 states, resulting in 96 hospitalizations, 27 cases of hemolytic uremic syndrome (HUS) and five deaths.

The FDA has concluded that the water from the irrigation canal where the outbreak strain was found most likely led to contamination of the romaine lettuce consumed during this outbreak.

Repeated samples of canal water tested positive for the strain of E. coli that caused the outbreak and the canal delivered water to several of the farms identified as potential sources of lettuce linked to the outbreak.

“How and when the irrigation canal became contaminated with the outbreak strain is unknown. A large animal feeding operation is nearby but no obvious route for contamination from this facility to the irrigation canal was identified. Other explanations are possible although the EA team found no evidence to support them.”

The FDA also conducted an inspection of a fresh-cut produce manufacturing/processing facility identified in the traceback and found no significant deficiencies.

In response, the consumer group The Centre for Science in the Public Interest stresses that the report does not identify whether the farms implicated in the outbreak were testing the water as outlined under the produce safety rule, although members of the industry have voluntarily agreed to do so.

“The FDA didn’t identify the source of the contaminated canal water, but the canal is close to a Concentrated Animal Feeding Operation that feeds more than 100,000 head of cattle. The agency ruled out human sources as a likely cause because there were no human illnesses in the Yuma growing region prior to the time of the likely contamination,” a statement says.

CSPI opposed delaying the rule, which requires farmers to conduct water testing to identify high levels of fecal contamination and take steps to prevent contaminated water from being used on produce.

“If we have learned anything from the recent outbreak, it is that regulatory protections need to be stronger, not weaker. Rather than focus on reducing the regulatory burden on industry, the FDA should focus on identifying ways to make our food safety protections stronger to prevent further deadly outbreaks,” says CSPI Regulatory Affairs Director, Sarah Sorscher.

Outbreaks involving leafy greens can be challenging to investigate because of the short shelf-life of the product, the wide distribution and consumption of leafy greens and the complex supply chain between the farm and the end user.

Measures to prevent contamination are critical, says the FDA, and all segments of the leafy greens industry should thoroughly review current operations, procedures, policies and practices taking into consideration the findings of the investigation.

Other available science-based information relevant to the reduction or elimination of human pathogens on leafy greens should also be considered and modifications should be made to operations, procedures, policies and practices to ensure safe products for consumers and minimize the likelihood of similar outbreaks in the future, advises the FDA.

Food safety & leafy greens
Food safety problems related to raw whole and fresh-cut (e.g., bagged salad) leafy greens are a longstanding issue, according to the FDA which in 2004 issued letters to the leafy greens industry to express concerns about continuing outbreaks associated with these commodities.

The FDA identified 28 foodborne illness outbreaks of Shiga-toxin producing E. coli (STEC) with a confirmed or suspected link to leafy greens in the US between 2009 and 2017. This is a time frame that followed industry implementation of measures to address safety concerns after a large 2006 outbreak of E. coli O157:H7 caused by bagged spinach.

Unlike other foodborne pathogens, STEC, including E. coli O157:H7, is not considered to be an environmental contaminant in fresh-cut produce manufacturing/processing plants.

In September, US retail giant Walmart urged lettuce and spinach suppliers to contribute to a blockchain database that can quickly and efficiently identify contamination. The suppliers received a letter requesting that they trace their products all the way back to the farm using blockchain technology. Walmart says suppliers are expected to have all these systems in place next September.

FDA recommends that growers and processors of leafy greens:
- Assure that all agricultural water (water that directly contacts the harvestable portion of the crop) used by growers is safe and adequate for its intended use (including agricultural water used for application of crop protection chemicals).
- Assess and mitigate risks related to land uses near or adjacent to growing fields that may contaminate agricultural water or leafy greens crops directly (e.g. nearby cattle operations or dairy farms, manure or composting facility).
- Verify that food safety procedures, policies and practices, including supplier controls for fresh-cut processors, are developed and consistently implemented on farms (both domestic and foreign) and in fresh-cut produce manufacturing/processing food facilities to minimize the potential for contamination and/or spread of human pathogens.

The guidance outlines how the FDA will give the responsible party an opportunity to conduct a voluntary recall before ordering a mandatory recall, as the law requires. It offers more detail about the evidence or circumstances the FDA may consider when deciding to move forward with a mandatory food recall and provides clarity around situations when the FDA would deem a food product a serious health risk. Providing this additional clarity can enable the FDA to make more robust use of this recall authority, the group says.

The FDA first gained authority under the 2011 Food Safety Modernization Act (FSMA) to mandate recalls when certain unsafe food products are identified, and the manufacturer does not voluntarily remove the product from market. Prior to the enactment of the FSMA, the FDA could generally only rely on manufacturers to voluntarily recall certain potentially harmful food products.

“Since gaining this authority under FSMA, the FDA has only had to issue one mandatory recall order of a food product in order to protect public health. In April 2018, the FDA issued a mandatory recall order for all food products containing powdered kratom manufactured, processed, packed, or held by Triangle Pharmanaturals LLC, after several products were found to contain Salmonella,” Gottlieb stated.

“While the FDA’s mandatory recall authority plays an important role in ensuring that potentially dangerous food products are removed from the marketplace, the agency remains committed to working with companies to facilitate the orderly and prompt voluntary removal of potentially dangerous products from the food supply. That’s why we make FDA Recall Coordinators available to assist firms during the recall process and continue to issue guidance on when and how food recalls should occur,” he adds.

“This final guidance is another of a series of meaningful step we’re taking this year to make our recall processes more efficient and transparent. A few weeks ago, we issued new draft guidance that describes situations when disclosing retail information for recalled products. We also took an important step in January when we released a draft guidance on public warnings for consumers that outlined situations where the FDA and companies would publicize public warnings to help carry out a recall,” he notes, stressing that FDA has already acted on these draft guidances.

First line of defense: Innovations in food safety and preservation

02 Oct 2019 --- Vigilance in the food sector is a requisite in the prevention of foodborne illnesses along broad supply chains. This year, industry has welcomed the entry of... Read More

08 Sep 2017 --- Researchers at the University of Waterloo, Ontario, have invented a fast, affordable way for developing communities to test their drinking water for potentially... Read More

11 Jul 2016 --- A new study has found that E.coli could be capable of suppressing the immune system. Enterohaemorrhagic E.coli (EHEC) is a major cause of food poisoning in the U.K.... Read More