You are in : All News > Decimated harvests in France and Canada set to propel mustard prices

24 May 2022 --- Consumers are paying a premium of up to 75%, depending on packaging size and types for Dijon mustard, compared to 2021 prices, amid a shortage caused by depleted harvests in France and Canada. Meanwhile, the war in Ukraine is also impacting global supplies.

“The Brown mustard seeds’ harvest in 2021, used for producing Dijon mustard, is 50% less than normal.”

Adding that there are no carryover stocks from previous years, which is leading to shortages.

“The situation will improve only if the harvest 2022 is good in both Burgundy and Canada. If not, the shortage will last longer,” alerts Vandermaesen.

The price increases are between 15% and 75% for now. A significant big driver of this surge are ingredients like cartons and other components such as glass jars, metal caps and paper labels, which, according to Vandermaesen, have increased in price between 15% and 50%.

This information aligns with some other alarming news in the current supply chain crisis, such as the 80% surge in glass bottle prices for German beer brewers.

Producers desperate for the brown seeds 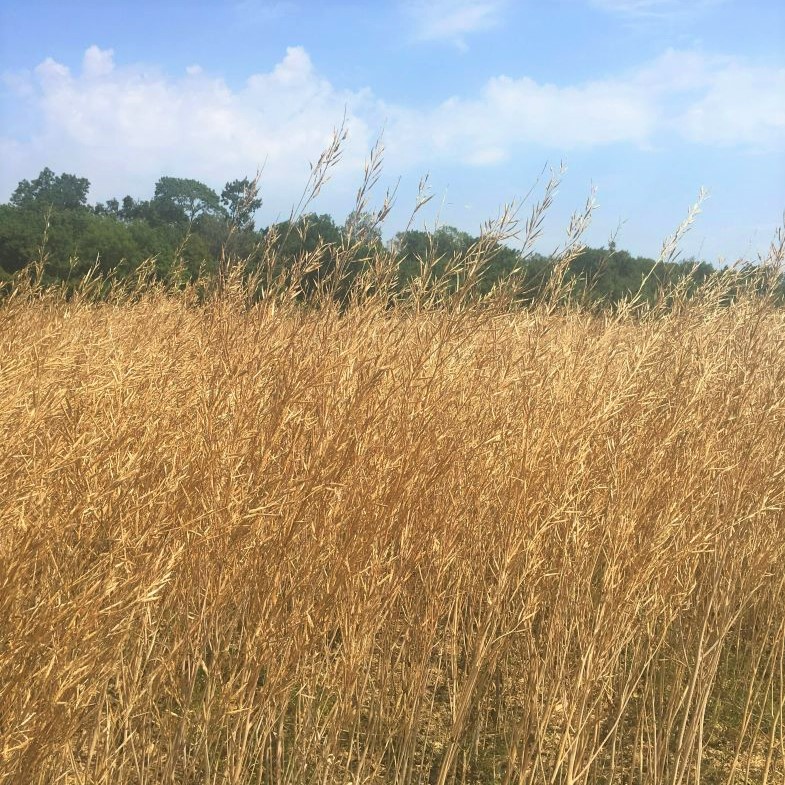 The 2022 mustard seed harvest will be vital to avoid shortages (Credit: Reine de Dijon).
The brown seeds from which Dijon mustard is made have become authentic golden nuggets, with Vandermaesen affirming Reine de Dijon paid six-fold for 50 tons of seeds in April compared to regular prices from just one year ago.

The company is also taking action to prevent such bad harvests in the future and mitigate the adverse impacts of climate change.

“We are expecting improvement with our research program to obtain more resistant seeds. Also expanding the supply to other regions of France to mitigate the weather conditions,” explains Vandermaesen, who does not want to put all the eggs in the Burgundy region basket.

The Ukraine war with Russia will also drive up prices for the general market, as yellow mustard seeds are produced there, and some buyers are switching to Canada, where harvests have also been halved.

Vandermaesen notes that Ukraine could have grown brown seeds but Russia's invasion put pay to that.

Canada is one of the main providers of France’s mustard seeds; however a severe drought last year scorched crops. On the other side, France suffered from a wet winter and a colder than usual spring.

80% of imported mustard seeds in Germany come from either Russia or Ukraine (Credit: Reine de Dijon).German mustard, inflation warning
The inflation data of mustard in Germany suggests a rapidly accelerating trend. In February, prices were 6.2% higher than pre-pandemic levels, in March 8% and April 10.6%, as reported by the German Federal Statistics Office.

Kulinaria Germany, which represents the interests of 130 medium-sized food companies, including some in the mustard sector, warns of a possible “complete supply failure.”

“Acute raw material bottlenecks and delivery failures are to be expected, which cannot be easily compensated. After all, these are natural products cultivated, cared for, harvested and exported: such a volume cannot be compensated ad hoc by other countries,” explains Stefan Durach, president of Kulinaria Germany.

According to the German Federal Statistics Office, this failure is precipitated by the fact that Germany imports 79.5% of its mustard seeds from Russia (51.9%) and Ukraine (27.6%).

Resisting seeds
As the climate becomes more unreliable, the need for resistant  crop seeds becomes more apparent. Notably, the harvests have been subpar for the last three years in the mustard sector, but never as bad as in the current year.

Mane Kancor Ingredients saw that farmers were abandoning mint cultivation due to a continuous increase in costs, so they decided to modernize cultivation practices using a scientific approach. Their farmers increased their yield by 20%, reduced their cost of cultivation by 20% and the need for irrigation by 25%.

As the Ukraine war demonstrates the over reliance on a few breadbaskets worldwide, one Dutch company is producing climate-resilient indoor-grown wheat that could unlock... Read More

Agri-cooperatives and European farmers’ are fearful that the “scandalous and dangerous” Mercosur trade agreement with the EU could be brought back to... Read More