You are in : All News > Dairy-free, freeze-dried Space Ice Kream set to make its debut in Europe

23 May 2018 --- Space Ice Kream, promoted as the world’s first dairy-free, freeze-dried ice cream is set to hit grocery and online stores in Europe later this year. Having launched already in several retail locations across the US, and online at sevafoods.com and Amazon, the company are planning a  large increase of our production capacity and sales later this year. Space Ice Kream will be available for sale in Europe starting June 1, 2018.

According to Seva Foods, the first and only manufacturer of plant-based, freeze-dried ice cream, Space Ice Kream has the rich flavor of traditional ice cream, but with the convenience of a snack. Inspired by the nostalgic treat originally created for the Apollo space missions in the 1960s, Space Ice Kream comes in cashew-coconut based bite-sized nuggets, minimally processed, organic and freeze-dried.
Space Ice Kream is set to launch two flavors of ice cream, vanilla and strawberry, in Europe, each of which have just 110 calories per serving with the addition of vitamins, minerals and antioxidants. According to the company, the crunchy, creamy snack is made with only non-GMO, soy-free and gluten-free ingredients and contains no refined sugar or added oils. 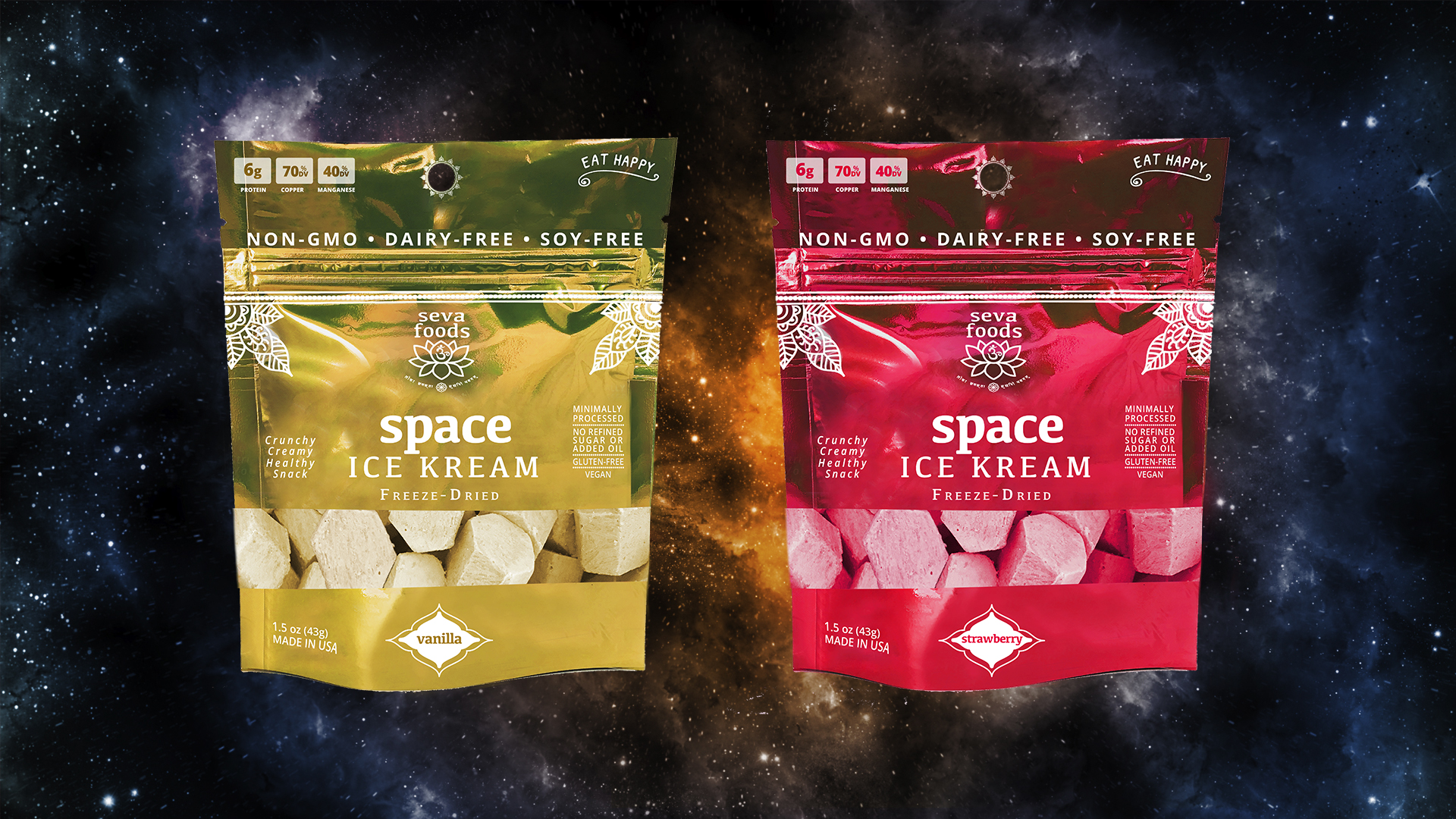 The frozen food sector has been enjoying a surge recently and millennials are largely responsible for this, spending 9 percent more per shopping trip for frozen foods last year than other groups, according to an RBC Capital Markets report. Last week, FoodIngredientsFirst published an article on the frozen foods comeback which has seen sales growth of frozen food including frozen sausages and burgers, as the summer season begins.
Product analysis from Innova Market Insights has found that vitamin, antioxidant and other nutrient-related claims are significantly higher for frozen vegetables compared to fruit and vegetables in cans and jars, dried and fresh fruit and vegetables. Also, 14.3 percent of this category of products featured vitamin, antioxidant and nutrient-related claims.
Seva Foods makes all their products in small batches in Carlsbad, California, using only 100 percent organic ingredients.
Increasingly more consumer are becoming interested in upgrading to healthier versions of the snacks they love and healthy snacks, with clean, non-GMO ingredients have seen 18.2 percent growth in sales over the past five years, according to data from Nielsen in 2017. Comparatively, sales of conventional snack products only increased 1.2 percent over the same time period.