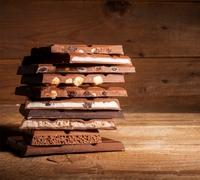 10 Dec 2018 --- Barry Callebaut has completed the transaction to acquire Burton’s Biscuit Company’s chocolate manufacturing assets in the UK. It comes after the cocoa giant signed an agreement with the UK’s second biggest biscuit manufacturer, for the long-term supply of more than 12,000 tons of chocolate and compound per year in September. The deal comes just months before the UK is set to leave the EU and Barry Callebaut has highlighted Britain as a significant growth region for the company.

Barry Callebaut has acquired the chocolate manufacturing assets of the Burton’s factory in Moreton, Wirral, near Liverpool, following the completion of regulatory approvals and closing conditions. The integration of the Moreton factory into the Barry Callebaut network is expected to start immediately.

Barry Callebaut, which reported annual sales of approximately CHF6.9 billion (US$7.1 billion) in fiscal year 2017/18, will now be able to expand its manufacturing capacity in the UK, one of Europe’s most significant chocolate confectionery markets, says the company.

“As seen in overall EMEA Region, Barry Callebaut has been able to grow significantly faster than the chocolate confectionery market in recent years. This is also true for the UK.”

“At the same time, Burton’s Biscuit Company, the UK’s second biggest biscuit manufacturer, enters into an agreement with Barry Callebaut for the long-term supply of over 12,000 metric tons of [liquid and compound chocolate] per annum to cover its chocolate needs and access new innovative products and technologies Barry Callebaut has invested in.”

The British biscuit manufacturer was formed from the merger of Burton’s Gold Medal Biscuits and Horizon Biscuit Company in October 2000 and rebranded from Burton’s Foods to Burton’s Biscuit Company in November 2011. It employs more than 2,200 people around the UK at various operational sites.

“We are delighted to strengthen the collaboration with our long-standing customer Burton’s and to support a great British brand further. This transaction is an excellent example of the power of long-term partnerships and outsourcing. It is also a clear sign of our commitment to support the growth of our business in the UK market,”

Antoine de Saint-Affrique, CEO of Barry Callebaut, said at the time of the initial announcement in September.

The completion of this transaction comes just a few weeks after Barry Callebaut, Dutch chocolate company Tony’s Chocolonely and retailer Albert Heijn formed a partnership for slave-free cocoa sourcing, in a bid to raise the industry’s standards on cocoa sourcing, in favor of a more equally divided cocoa chain.

The chocolate and cocoa manufacturer also recently published its Forever Chocolate Progress Report 2017/18, listing the progress made towards its target of making sustainable chocolate the norm by 2025. Right now, 44 percent of the cocoa and 44 percent of the other ingredients that the group uses for its products are sustainably sourced. And, although there may still be a significant way to go, Barry Callebaut reports it is on track to completely eliminating unsustainable and controversial practices that are often linked to the cocoa supply chain.