28 Aug 2019 --- In a report centered on Asia Pacific, the Middle East and Africa (APMEA), Ireland-headquartered Kerry stresses the importance of a localized approach when communicating with consumers in this region, as perceptions of “clean” may vary from country to country. The company outlines that more than half of APMEA consumers (52 percent) always look for clean labels when shopping, but by definition, clean eating in the East is very different from the West. Notably, food safety holds greater significance over health and sustainability claims among consumers in this part of the world, according to the study.

“The clean label movement is quickly gaining ground in APMEA, but the vast majority of research still relates to Europe and the Americas where the trend first took off. We commissioned this study to gain a better understanding of consumer priorities in APMEA. What’s clear is that clean eating is very different in this region, so it’s crucial that food and beverage brands localize their clean label strategies to succeed here,” says John Savage, President and CEO, Kerry Asia, Middle East and Africa.

There is currently no legal or recommended official designation of “clean label,” as this term is entirely a marketing descriptor, used by manufacturers to outline “free-from” and “natural” product claims. With this in consideration, manufacturers may mean different things by the word “clean.” Other markers may be used as proxies for the term “clean,” such as in Europe, organic labels or eco-friendly labels such as UTZ or Fair Trade may be used as a “clean” proxy.

Globally, clean label remains a key and a running theme. Innova Market Insights notes 13 percent CAGR in global food and beverage launches with a clean label offering (2013-2017). In 2018, 28 percent of all new launches featured such claims.

The Cleaner Label: Safety, Health and Environment - The New Narratives Kerry report – based on market analysis, interviews with experts and a survey of 4,000 shoppers – identifies four key trends that characterize consumer preference in APMEA. 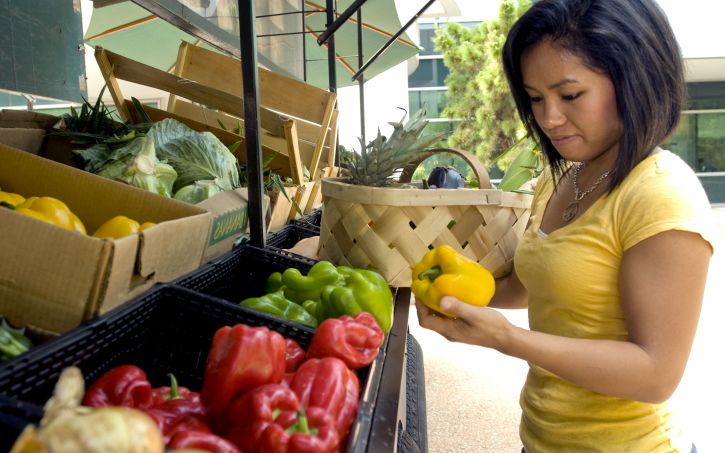 Food safety concerns dominate consumer preference in the APMEA region.
According to the research, claims about the elimination of ingredients that are thought to be harmful are held in high regard by APMEA consumers.

Kerry ranks the three most important claims as follows: “No artificial additives/preservatives” in first place, followed by “No pesticides/pollutants” and “No antibiotics/growth hormones.”

Kerry’s report also finds that this trend is consistent across most categories. For the categories of Snacks, Soups, Sauces and Dressings, Meat and Fish, Dairy, Beverages and Bakery, Confectionery and Cereals, the claim of “no artificial additives/preservatives” ranked as the most important for APMEA consumers.

“A lot of countries in APMEA have histories of high-profile food scandals due to poor food processing and handling and malpractices, so it’s not surprising that food safety trumps health and environmental claims to be the top cleaner label priority in this region,” says Savage.

“Our research has found that whilst health and sustainability are also beginning to drive shopping and consumption behavior in APMEA, they both operate in the context of food safety. Food and beverage brands must take this into consideration when communicating with consumers here,” he adds.

A previous global study on consumer perceptions of “naturalness” by flavor house Symrise has similarly revealed that “no additives,” “health attributes” and “contains real ingredients” are among the top drivers of naturalness perceptions among consumers in the Asia-Pacific region. Among all countries surveyed (except Thailand), the additives-free claim ranked the number one concern of label-conscious consumers.

“Fat reduction tops the health agenda”
The report also reveals key differences in healthy eating priorities between East and West. While the Western narrative around healthier eating has shifted from fat reduction to carbohydrates and sugar reduction, the “Cleaner Label” report reveals that fat still remains the top health concern among APMEA consumers in most markets except Australia and South Africa.

More than half (53 percent) of APMEA consumers admit that they would pay a premium for products with no/low fat claims, according to the research, and consumers in the region as a whole rank low/no fat as more important than claims about low/no sugar across all categories.

Desire for weight management in order to improve appearance is one of the key drivers of this trend, with two in five APMEA consumers saying that they associate healthier food with food that makes them look better. This is a particularly strong message for consumers in South East Asia, with more than 50 percent of shoppers in the Philippines and Thailand associating healthy food claims with benefits for their appearance.

The other major reason cited as to why fat reduction claims are so important in the region is that obesity – and obesity-related diseases like diabetes, cardiovascular diseases and certain types of cancer – are an increasing health concern. The report notes that 41 percent of consumers in Asia Pacific are overweight or obese, up from 35 percent in 1990. Previous studies have pegged fat intake as a bigger contributor to calories in the diet than sugar.

“Environmental issues need to be personally relevant”
In terms of environmental claims, “sustainably-sourced” ranks not far behind “reduced fat” in terms of its importance to APMEA consumers and is among the Top Ten clean label claims for consumers in this region.

However, the report finds that this trend is partly due to perceptions about the health benefits of sustainably-sourced products, rather than being solely motivated by environmental concerns. More than half of respondents in APMEA (55 percent) say that they are likely to purchase sustainably-sourced food because they believe that it is healthier for them.

Consumer trust in provenance varies greatly from country to country, says Kerry.“Significant regional variations in attitudes to provenance”
The final takeaway from the report is that provenance has become a shortcut for many consumers in APMEA to judge all three cleaner label priorities – safety, health and the environment. Consumer interest in product origin has been previously cited by brands as a significant factor to consider in marketing a product.

“Provenance is an increasingly important cleaner label message across the region, but the disparity in how much trust consumers place in local produce means that brands need to take a very nuanced approach. This could be by promoting local ingredients and production in some markets, while focusing on international sourcing in others, where this is considered to be a better sign of safety,” says Savage.