You are in : All News > Chr. Hansen navigates possible EU revision on annatto which could “open doors” for new opportunities 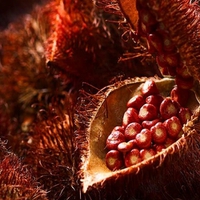 17 Feb 2020 --- A revised regulation of the use of annatto food color, a popular raw material providing warm yellow to reddish orange shades, will be voted on later this month in the EU. If approved, there will be an impact on European F&B manufacturers as well as manufacturers with European exports. FoodIngredientsFirst speaks with Chr. Hansen which is aiming to offer solutions if and when the new EU revision on annatto comes into force. “We will review all our annatto-based colors to ensure they are compliant with any new regulations, but we don’t expect to run into issues with which we cannot comply,” says the company.

If the regulation is passed, minor changes will be made to several food categories and new labeling will be implemented. As a result, the Danish bioscience company is finding a way to navigate through the regulations and find suitable solutions for its customers.

As a leader in annatto, Chr. Hansen already offers annatto-based colors for nearly all suitable applications. According to a company spokesperson, “the new regulations may open doors for applications where we previously have not used annatto. If that is the case, we may develop additional colors if our current portfolio isn’t sufficient.”

Last February, Frutarom received organic certification for its natural annatto color. The ingredient was granted organic certifications from both the US Department of Agriculture and The European Organic Certifiers Council. The announcement came amid rising consumer demand for fairtrade, sustainable and organic products.

Annatto seed pods grow in large clusters, with each pod containing about 50 seeds. Each tree can produce between 2 to 4 kg of seeds per year. After harvest, the seeds’ pods are sun-dried, cracked open and the seeds are removed by hand.

Annatto is a natural alternative to synthetic food coloring compounds. It is a well-known food coloring for cheese and butter in Europe. In fact, Chr. Hansen’s first annatto product in 1874 was an enzyme for cheese with its second in 1876 being annatto color for butter and cheese. It is also often used in savory applications, like meat casings and seasoning for chips. Pet food manufacturers are interested in using natural colors, and annatto is also “a good solution here”, according to Chr. Hansen.

“We’ll need to wait for the final legislation to draw final conclusions, but don’t expect it to impact these food application areas. Originally from South America, annatto is used extensively in that region and we of course draw on our application experience there,” the spokesperson comments.

Chr. Hansen follows the legislative process and works through the Natural Food Colours Association (Natcol) in close cooperation with the EU Commission (EC) to ensure that appropriate data is available and a scientific risk evaluation can be conducted to ensure safe use of its products, the spokesperson further details.

“This is essential and part of our corporate DNA. The sooner we know about new legislation, the sooner we can work to ensure alignment. Hence, we have, in due course, ensured that our products are manufactured and marketed for safe use in our customers’ food products. Of course, after a legislation change like this, there is always a grace period to allow manufacturers to conform. It’s usually around six months and that is long enough,” they say.

A bright future?
A good collaboration and positive dialogue between the industry, the EC and national authorities are of great importance to avoid significant bottlenecks within the EU, the Chr. Hansen spokesperson comments.

“One of the biggest challenges with regulatory alignment is not so much about aligning to a specific regulatory body’s requirements. Rather, the biggest difficulty is that around the world various regulatory bodies are not aligned in how they view food ingredients. For colors, examples of the differences can be in which food application categories colors are allowed, maximum amounts allowed, labeling requirements, or in whether they are considered an additive or an ingredient. So for a manufacturer who exports a portion of their production, distribution becomes complicated,” they highlight.

“Like all other manufacturers, we will await the result of the vote,” the spokesperson continues. “The legislation will be clear and every manufacturer will simply comply. However, for consumer packaged goods, labels are typically small and it’s difficult to fit the required information while retaining legibility. While the intent to provide more information to consumers is positive, it can have a negative impact when they can’t read the label. However, an even worse solution would be to make bigger packaging. As consumers, we are all accustomed to very small print on labels.”

The F&B industry as a whole accepts that regulations are necessary to protect both manufacturers and consumers. “In our daily work we may feel like regulations make life difficult, but we all know that without them things would be much worse. They provide a level playing field for competition, and are a safety net for consumers,” adds the spokesperson.

As the world’s largest producer of annatto for the F&B industry, Chr. Hansen is focused on sustainability and has made significant investments in the area. The company’s agronomy program works to produce trees that deliver large harvests of seeds with high pigment content in order to minimize its agricultural footprint. As well as this, annatto is native to some regions in the world where cultivating it can provide a much needed cash crop for the local population.

“We participate in a program in the Ivory Coast where our competencies help a local partner and growers deliver a higher quality annatto suitable for food color. We provide the safety of long term contracts so both our partner and the growers can be sure of an income source,” the spokesperson details.

24 Mar 2020 --- In a bid to be more conscious of what they are putting in their bodies, consumers are increasingly seeking clean label products. This challenges industry to deliver... Read More

18 Mar 2020 --- Ingredients by Nature (IBN) has launched MonkFiber, a functional, sweet fiber from the pomace of the monk fruit. The launch comes at a time where sugar reduction... Read More