You are in : All News > Campbell Q3 results: Soup sales surge by 35% amid pandemic 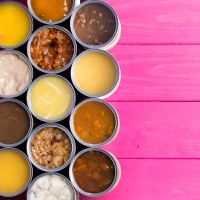 04 Jun 2020 --- Campbell Soup has released its third quarter results for fiscal 2020, highlighting favorable gains in its meals and beverage segment, which enjoyed tidal sales of soup. The company’s Meals & Beverages segment saw its business reinvigorated, pushed up by shifting consumer purchasing behavior due to the COVID-19 pandemic. In Q3 results from continuing operations, Campbell’s net sales increased 15 percent to US$2.24 billion.

“In this quarter, we experienced unprecedented broad-based demand across our brands as consumers sought food that delivered comfort, quality and value. This demand resulted in double-digit increases in organic sales, adjusted EBIT and adjusted EPS. In addition, Campbell’s products were purchased by millions of new households, with total company household penetration increasing over six percentage points in the quarter compared to the third quarter of fiscal 2019,” explains Mark Clouse, Campbell’s President and CEO.

The company’s organic net sales, which exclude the impact from its divested European chips business, increased 17 percent from the prior year driven by favorable volume in both Meals & Beverages and Snacks reflecting increased demand for at-home food consumption with the stay-at-home mandate.

In nine-month results from continuing operations, Campbell’s net sales increased 4 percent to US$6.58 billion. Organic net sales, which exclude the impact from the sale of the company’s European chips business, increased 5 percent from the prior year driven by gains in both Meals & Beverages and Snacks.

Cash flows from operations amounted to US$1.13 billion compared to US$1.15 billion in the prior year due primarily to changes in working capital, partly offset by increased cash earnings.

Total debt was reduced by US$1.78 billion during the first nine months of fiscal 2020 primarily caused by successful deleveraging in the second quarter following the completion of the company’s previously announced divestiture plan, Campbell outlines.

The company’s year-to-date capital investments were US$220 million compared to US$274 million in the prior year reflecting delays in certain projects impacted by the current operating environment.

Volume and mix were favorable in the retail business with increased demand of food purchases for at-home consumption, also partly offset by the negative impact on the foodservice business as a result of stay-at-home mandates and other restrictions. Campbell’s US sales of soup increased 35 percent due to gains in condensed soups, ready-to-serve soups and broth.

Snacks
Net sales in the quarter increased 9 percent. Excluding the impact from the sale of the European chips business, net sales increased 12 percent driven primarily by volume gains reflecting increased demand of food purchases for at-home consumption, as well as base business performance.

In recent months, snack sales across industry have notably surged as quarantine measures blurred meal occasions. As recently highlighted on FoodIngredientsFirst, this trend is notably benefiting the likes of other snacking giants, such as Mondelēz International and PepsiCo, which have similarly seen strong growth in their snacking segments.

04 Mar 2021 --- Kerry expects the functional beverage market to gain traction and see a surge of NPD targeting consumers who are approaching health holistically due to the COVID-19... Read More

02 Mar 2021 --- Throughout the global COVID-19 pandemic, FoodIngredientsFirst is dedicated to bringing its readers all the latest and most relevant industry updates. Visit this... Read More