You are in : All News > Valeo Foods snaps up Campbell’s European crisps business in US$79m deal 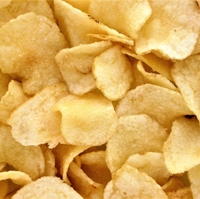 03 Sep 2019 --- Campbell Soup Company (Campbell) has announced the divestment of its European crisps business to Ireland-headquartered Valeo Foods Group, an international ambient food company. The sale of Campbell’s European crisps business, which includes Kettle Foods and sister company Yellow Chips, is valued at approximately £66 million (US$79.1 million). The deal follows a string of recent divestitures, which ties into Campbell’s ongoing strategies to reduce debt and narrow its focus on its core canned soup and snacks businesses.

“We are well on our way to completing the divestitures of the non-core businesses we identified last year, shutting the underperforming fresh businesses that added complexity to the portfolio and working toward closing on the two transactions related to Campbell International, both of which are expected to close in the first half of fiscal 2020,” says Mark Clouse, President and CEO of Campbell, in a recent company conference call.

“This will do two critical things: it will improve our balance sheet and better focus the business. In total, we expect net proceeds of approximately US$3 billion from these transactions, which will be used to significantly reduce our debt,” adds Clouse.

Click to EnlargeThe Kettle Foods range includes hand cooked potato crisps and vegetable crisps under the Kettle, Go Pure brands, and Metcalfe’s Skinny Popcorn brands.Following the acquisition, Campbell will retain ownership of the Kettle brand and its operation in the US and all other geographies except for Europe and the Middle East. The transaction, which is subject to customary closing conditions, is expected to be completed in the first quarter of fiscal-year 2020.

Kettle Foods manufactures and distributes hand cooked potato crisps and vegetable crisps under the Kettle and Go Pure brands, as well as Metcalfe’s Skinny Popcorn, which are sold across the UK, Europe and the Middle East.

On completion, Kettle Foods’ brands will join Valeo Foods’ international portfolio, which includes the brands of Rowse Honey, Barratt, Jacob’s, Fox’s Glacier Mints and Balconi. The proposed acquisition of Kettle Foods will add approximately US$125.8 million to Valeo Foods’ current annual sales of over US$929.8 million.

Valeo Foods, established in 2010 as a portfolio company of CapVest Partners, has completed 12 acquisitions over the past nine years, before the proposed acquisition of Kettle Foods. The proposed deal will boost Valeo Foods’ annual sales to nearly US$1 billion, according to the company.

Campbell narrows focus on core businesses
Cambell has expressed ambitions to reduce debt and narrow its focus on its core canned soup and snacks businesses through divestitures.

“We are very pleased with the progress we have made on our divestiture program. On Campbell International, we now have an agreement to sell our Kelsen business for US$300 million and the balance of Campbell International for US$2.2 billion. As mentioned, we anticipate closing on the international transactions in the first half of fiscal 2020,” says Anthony DiSilvestro, Senior Vice President and Chief Financial Officer at Campbell.

In its recent conference call, Campbell reported that its net debt of US$8.5 billion declined by US$1.1 billion, compared to the prior year as positive cash flow generated by the business, and proceeds from the divestiture of Campbell Fresh were used to reduce debt. “We expect to close the divestitures of the Campbell International businesses in the first half of 2020, and we’ll use the proceeds to further reduce our debt level,” says DiSilvestro.

“Together with the divestiture of our Campbell Fresh division, which was completed in the fourth quarter, we expected divestiture proceeds of approximately US$3 billion. These will be used to significantly reduce our debt level. The results of these businesses are now being reported as discontinued operations,” adds DiSilvestro.

Clouse further underscores the heightened focus on Campbell’s core soup business. “A lot of times we’ve talked about the challenges in soup as a category. But remember, the significance of how big this category is and what it represents for center of store for most of the retailer universe, it’s critical that there is a vision and a plan for this.”

03 Jul 2017 --- French food group Danone is pushing ahead with its sale of a US dairy subsidiary in a US$875 million deal with French multinational dairy products cooperation,... Read More

05 Feb 2015 --- Diamond Foods, Inc. announced that it has acquired a 51% stake of Yellow Chips, a manufacturer of high quality vegetable and organic potato chips based in the... Read More

26 Feb 2010 --- Both companies share a heritage in the nut industry, with Kettle Foods getting its start in roasted nuts and nut butters, and expanding to build Kettle Brand Potato... Read More

09 Apr 2008 --- Kettle Foods is spicing up the summer with the arrival of its newest Kettle brand Potato Chip, Death Valley Chipotle, just in time for barbeque season.