You are in : All News > Bug-based ingredients: New European project to propel insect-derived products 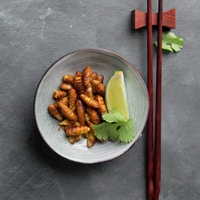 07 May 2020 --- A new project designed to strengthen the development of insect-based food products promises to propel investment in this burgeoning yet dynamic space. A consortium of partners under ValuSect (“Valuable Insects”) proposes to improve the sustainable production and processing techniques of insect-based products and transfer developed knowledge to agri-food businesses in North-West Europe by issuing funding vouchers this fall.

Interested companies can receive a voucher worth up to €40,000 (US$43 million) in services delivered by the project partners to develop products, conduct consumer taste panels, optimize breeding conditions and improve insect food processing. 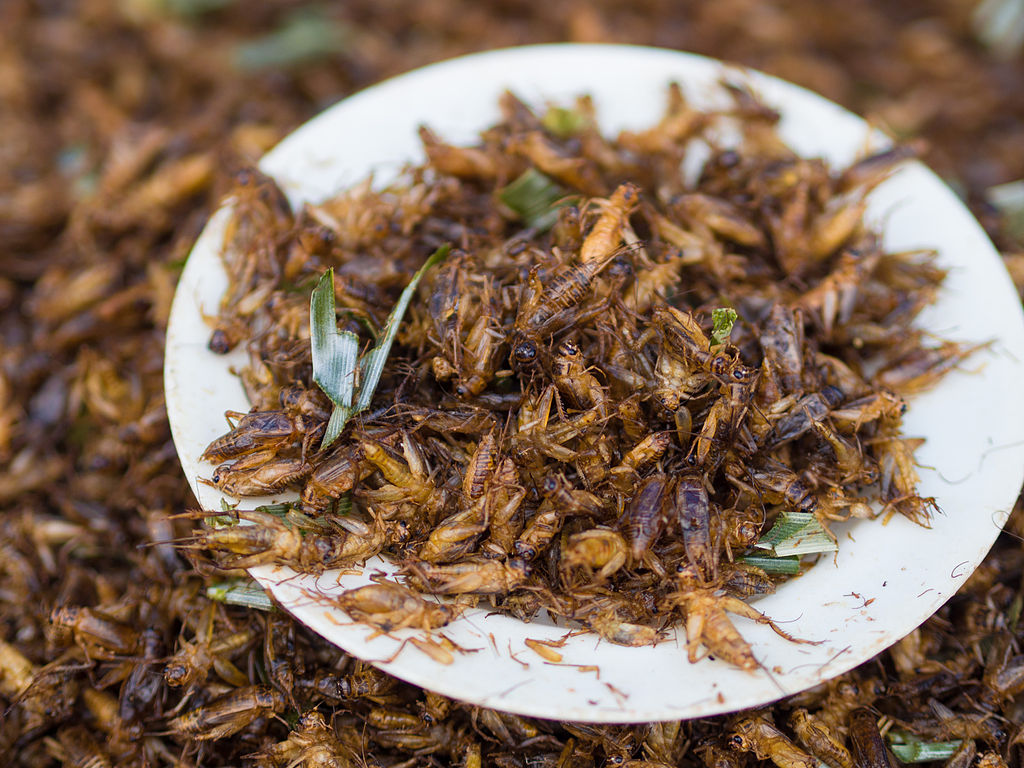 With the first authorizations for edible insects on the EU market expected in the second half of this year (subsequent to an European Food Safety Authority opinion).At a time of ballooning populations and decreasing resources, especially in densely populated areas such as North-West Europe, sustainable alternatives for food resources are needed – and insects could be one of them. This comes at a time where consumers’ eating habits are changing. Before the coronavirus pandemic, meat-reduction and alternative proteins were already high on the agenda, but shifts in diets are being influenced even more amid coronavirus concerns. Food safety and security are big issues right now as is sustainability and eco-conscious eating.

With the first authorizations for edible insects on the EU market expected in the second half of this year (subsequent to an European Food Safety Authority opinion), representatives from the European insect sector believe now is the time for a major push toward food innovation with insects.

“The environmental factor is very important. European consumers are more and more aware of the environmental impact of their eating habits. They know that consuming meat uses a lot of resources and that there is a strong need for alternatives, like insects,” Hélène Herman, from ValuSect, tells FoodIngredientsFirst.

“Also, the aging population needs protein intake and insects can easily provide those intakes. For example, insect powder integrated into a bread or muffin –  this is easier to eat than red meat and are products that consumers already know.”

The ValuSect will run until 2023 and is coordinated by Thomas More University and supported by a €2.08 million (US$2.2 million) grant from the INTERREG North-West Europe program.

“Our diets are evolving - all across Europe and beyond. We are adapting our habits taking into consideration factors related to taste, health, production methods, as well as environmental footprint. For the moment, edible insects can be placed on the markets of some EU Member States only. On the European level, we are confident that the market will continue to develop following the authorization of insects as novel food (i.e. according to the Regulation (EU) No 2015/2283, the placing on the market of insects and their derived products is subject to an EU approval),” Christophe Derrien - Secretary General - IPIFF, tells FoodIngredientsFirst.

Derrien also highlights how the European insect sector is developing rapidly, despite facing some challenges in the first half of 2020. “Recent years have shown an exponential increase in investment or R&D projects. IPIFF believes that this positive trend will continue, also thanks to the expected regulatory developments on European level. Insect farming has developed into a mature player – we have learned a lot from the biology of farmed insects, and we have adapted our practices in order to optimize these systems.

“Our objective is to improve sustainability in Europe’s agri-food chains, by helping in the transition from linear to circular business models in agriculture. The soon-to-be-launched ‘Farm to Fork’ strategy will bring clear directions in this regard and we expect to see more support for insect farming across Europe in order to reach more consumers,” he notes.

Versatility of insects
As the remaining step is to make sure that high-quality insect-based products are available across Europe, IPIFF members continue their efforts to invest in knowledge - together with other partners from the food chain. Meanwhile there is ongoing work geared toward gaining greater consumer acceptance on insect-derived ingredients.

“We also continue to work on consumer acceptance and we see a positive trend in this regard. The major advantage of insect-derived ingredients is their versatility - they can be easily incorporated in numerous commonly consumed food products, including bread, pasta or meat analogues,” says Derrien at IPIFF. 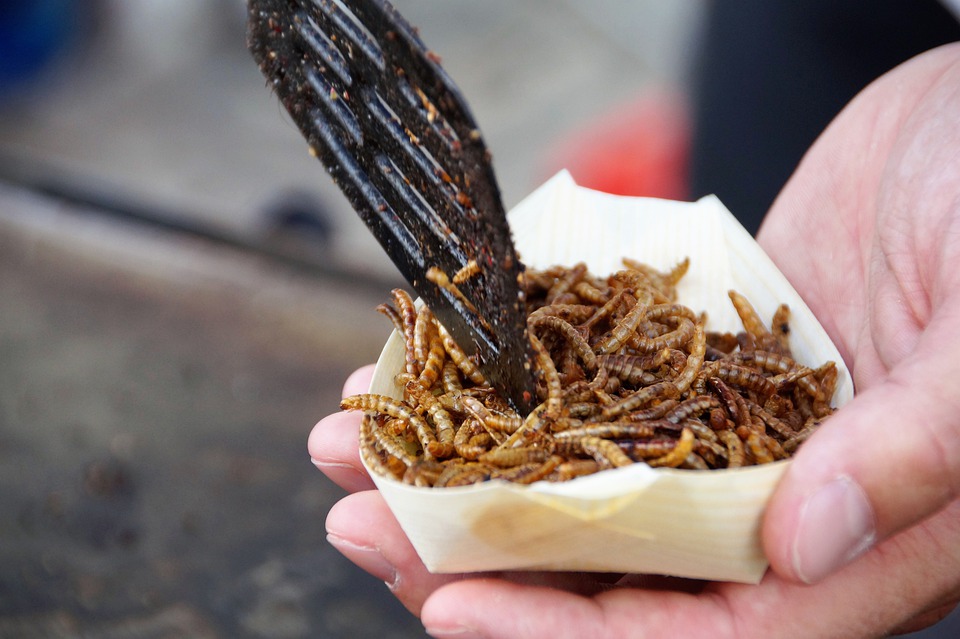 With current demand mainly stemming from migrant communities and niche markets, trade in insects as food is limited in Western countries, the consortium reports. According to surveys conducted, approximately 30 percent of EU consumers are willing to eat insect-based food.

Indeed, the gradual shift in consumption patterns in North-West Europe is echoed through previous research on the subject. A YouGov survey of over 2,000 people, commissioned by the Agricultural Biotechnology Council (abc) last September notes a third of UK adults believe an increase in insect consumption is likely, while nearly three-quarters support an increased emphasis on new technology and innovation.

Herman concedes, however, that overcoming personal aversions to the new food variety is one of  the societal hurdles that stands in the way of success. “The sector faces many challenges: the so-called ‘yuck factor’ (consumers are not used to eating insects), legislative barriers and lack of knowledge in some areas.”

The ValuSect project will use species that already have an application running for authorization under the EU novel food regulation. The project consists of nine full members and eight associated partners from seven different countries. The consortium’s membership notably comprises Ireland’s Agriculture and Food Development Authority, Teagasc, among other institutions.

“The project has just started, we do not know yet which companies we will work with, except indeed for the partners. But we have already received interest from companies, and we are very excited to start the vouchers,” says Herman.

“We expect it to grow in the coming years. In ten years, we hope to have 80 additional enterprises (rearing and processing) in the edible insect sector in Northwestern Europe, 80 additional insect based marketable food products, and a satisfying credibility towards consumers.” 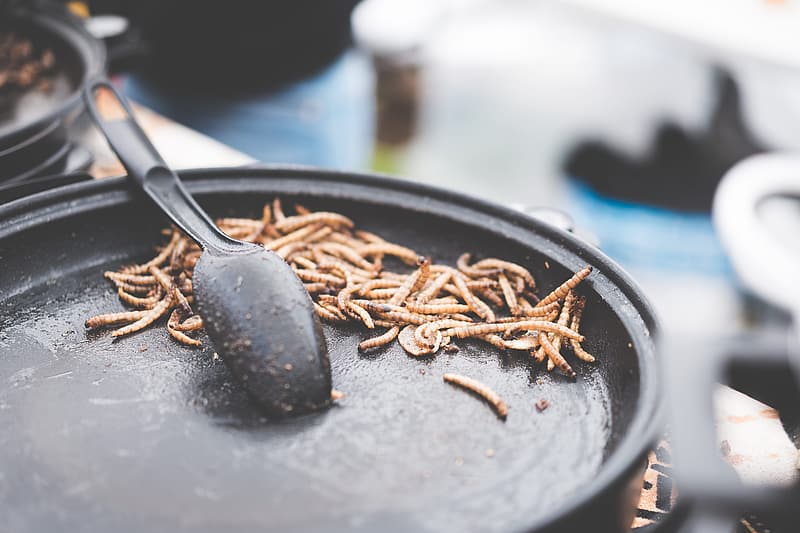 Insects are widely used in some parts of the globe in order to combat nutrient deficiencies – such as anaemia. “Numerous species are rich in micronutrients (e.g. vitamins, minerals), prebiotics (e.g. chitin) and antioxidants – playing a key role in reducing deficiencies, while also improving the immunity and metabolic functions of the human body,” he explains.

Increasing consumer awareness plays a key role in the case of insect-based food products. “In addition to their low environmental footprint, there is growing scientific evidence that confirms the health benefits of insects in both animal feed and human food. For example, insects have a diverse amino acid profile, including some of the essential amino acids which cannot be synthesized by our body,” he notes.

“Therefore, the inclusion of insect-based products to our diet is beneficial, especially in the case of low-protein diets. For that reason, people following specialized diets (e.g. flexitarian, paleo, etc.) become more interested in insects and insect-derived products),” he concludes.

Future of insect-based
The global race to accelerate sustainable food supply chains is in full throttle, with insects positioned for mainstream potential. Earlier this year the 50th World Economic Forum Annual Meeting held in Davos, Switzerland, highlighted how meat-free diets were a focal point of roundtable discussions, which included a DuPont-led session on “The Protein Revolution from Fork to Farm.”

Given the magnitude of food insecurity, investment in the insect space has seen surging growth. Dutch producer Protix has highlighted that the insect protein industry is rapidly gaining traction, reportedly generating US$300 million worth of investments last year. Last June, the company opened a 14,000 square meter insect protein processing plant in Bergen op Zoom, the Netherlands.

In the same month, French agri-tech innovator Ÿnsect, earned €20 million worth of backing for a fully-automated, bio-based plant, which will house the industrial-scale farming of meal worms for premium animal feed and fertilizers.

By Benjamin Ferrer and Gaynor Selby