You are in : All News > Bringing back lost coffees: Nespresso’s “Reviving Origins” restores coffee sectors and promises NPD

By investing almost US$10m, the initiative seeks to perk up coffee industries battered by conflicts, economic hardships and environmental disasters

09 May 2019 --- A new coffee initiative from Nespresso promises to breathe new life into ailing coffee producing regions. Through its AAA Sustainable Quality Program, Nespresso promises to reinvigorate areas that have been blighted by conflicts, economic hardships or environmental disasters. By working with coffee farmers to revive the coffee sectors, forgotten coffees can be rediscovered and used in NPD, says Nespresso.

Nespresso is investing CHF 10 million (US$9.8 million) over the next five years in selected countries with the aim of encouraging rural economic development. The Reviving Origins program is part of Nespresso’s overall commitment to invest CHF 500 million (US$491 million) from 2014-2020 in its sustainability program, coined The Positive Cup.

“Through our Reviving Origins program, we have an opportunity to bring back forgotten coffees, boost economic development in regions where there has been significant adversity and share a completely new taste experience with consumers,” says Jean-Marc Duvoisin, CEO of Nespresso.

The Nespresso program comes at the same time the coffee giant is launching new single-origin coffees from Eastern Zimbabwe and Caquetá, Colombia. These rare coffees are virtually unknown among the general public and have been slowly disappearing for decades, according to Nespresso, the operating unit of the Nestlé Group, based in Lausanne, Switzerland.

Tamuka mu Zimbabwe and Esperanza de Colombia are available from this month in 18 countries.

As a result of Nespresso’s investment and the commitment of partners, coffee farmers in these two regions are starting to rebuild sustainable livelihoods, restore their local economies and bring much-needed development to their rural communities.

Potential for reviving forgotten coffee
Nespresso first discovered the potential of reviving a forgotten coffee in South Sudan in 2011. The limited edition Suluja ti South Sudan became the country’s second biggest export after oil and helped to diversify the economic base of the world’s youngest nation.

Building on that experience, Nespresso launched its AAA program in Zimbabwe and the Caquetá region of Colombia, an area which was long inaccessible due to the conflict in the country. In 2018, the company announced plans to support the rebuilding of coffee farming in Puerto Rico after 80 percent of its coffee farms were destroyed by hurricanes Irma and Maria in 2017.

Reviving Origins is helping turn coffee farming around in Zimbabwe where a once-prosperous coffee industry was all but wiped out under the regime of Robert Mugabe as a result of climate factors. However, the Nespresso investment could lead to growth and the country’s coffee becoming a major export once again. 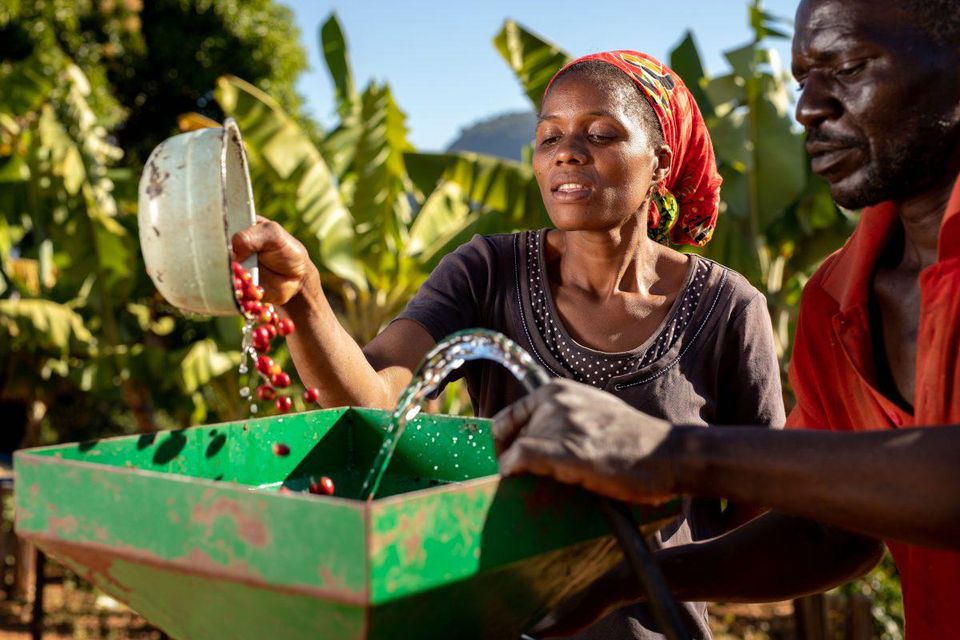 In the late 1980s, Zimbabwean coffee farmers produced more 15,000 tons of coffee but production levels had dwindled to less than 500 tons by 2017. In partnership with the global non-profit TechnoServe, Nespresso has worked with the local coffee farming community in Manicaland Province, eastern Zimbabwe, to establish sustainable farming practices, bringing expert trainers and new techniques to tackle issues such as coffee processing and tree management. This investment has helped to produce a higher quality Arabica coffee, the company says.

Tamuka mu Zimbabwe has a complex fruitiness and zest, bright acidity, with notes of cranberry to red berries, and currant to grape. It has a creamy, smooth texture when you add milk, making it an ideal coffee for a Latte Macchiato. It’s balanced and round and has sweet notes of caramel and toffee when mixed with milk.

Following 50 years of conflict, which meant many farmers abandoned their lands, coffee almost disappeared in Caquetá, Colombia. Nespresso partnered with local farmers and the Colombian National Coffee Growers Federation to support the rebuilding of this industry. Nespresso’s agronomists provided training and expertise on sustainable farming practices, quality development as well as environment and water management.

According to the Colombian National Coffee Growers Federation, “The Nespresso AAA Sustainable Quality Program has had a positive social and economic impact in the Caquetá region. It has allowed for the generating of new life opportunities for the coffee-growing communities of San Vicente del Caguán and Florencia through the improvement of the quality of their coffee and the implementation of sustainable agriculture practices.”

Esperanza de Colombia is a mild coffee that is very light in acidity. Balanced and rounded, it has aromas of yellow fruits with a hint of a cereal note.

“This project is not only bringing back some of the world’s best coffee – it is bringing back economic opportunities in Zimbabwe’s hard-hit rural areas,” says William Warshauer, President and CEO of TechnoServe.

“As a non-profit that takes a business approach to reducing poverty, TechnoServe is excited to partner with Nespresso and the farmers of Zimbabwe to build a brighter and more prosperous future,” he adds.

Coffee growth and NPD
Innova Market Insights touted “Beyond the Coffeehouse” as the number 5 trend last year and throughout 2019 the trend continues to drive the reinvention of how we see coffee flavor, taking it into new and different segments.

Last month, The Coca-Cola Company launched a new coffee-cola hybrid drink. Already available in Asia and Australia and coming to 25 new markets by the end of the year, Coffee Cola is a cold-brewed sweetened coffee mixed with the classic carbonated drink to create a low-calorie beverage with more caffeine than Coke but less than a traditional black coffee.

And amid a cold brew coffee surge, lllycaffè recently launched a system that infuses ambient air into cold brew to create a nitro-effect without the use of kegs or nitrogen tanks. The pioneering new system is called Cold Brew Aria.

However, among the myriad of coffee NPD, coffee prices have been declining and reached the lowest for years earlier in 2019. Last month, the International Coffee Organization (ICO) composite indicator fell by 3.2 percent to US$94.42 per pound, the lowest monthly average since July 2006 when the price reached US$88.57 per pound.

According to the ICO, low prices discouraged sales in March and world coffee exports amounted to 10.98 million bags, 3.8 percent lower than in March 2018. Shipments in the first half of coffee year 2018/19 increased by 4.1 percent to 63.15 million bags, reflecting the ample supply of coffee on the international market.