You are in : All News > Avoiding “damaging implications” of Brexit: European industry rallies behind UK-EU free-trade agreement 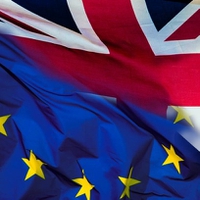 25 Feb 2020 --- European ministers are meeting to approve a mandate for post-Brexit talks with the UK. A future trade relationship with the UK is vital for the EU, as the UK is the single largest trading partner of the EU with a total value of food and drink trade of €47.5 billion (US$51.5 billion) in 2018, according to reports by FoodDrinkEurope. As the bloc prepares for its formal talks with the UK government to take place on March 1, European food and beverage stakeholders rally behind a UK-EU free-trade deal that would ultimately help avoid “damaging implications” for the industry and workers.

“Our priority is to safeguard jobs and allow the food and drink industry to continue to drive the European economy. For this, we urge negotiators to work towards a tariff and quota-free trade agreement, with no customs duties, fees or charges. Negotiators must also prioritize harmonization, as far as possible, in relation to sanitary and phytosanitary measures and technical barriers to trade,” stresses FoodDrinkEurope in a statement.

The industry body continues to underscore the importance that transitional measures continue to apply until the new relationship enters into force. If the UK were to leave without a free trade agreement, and without transitional measures in place, the organization expects to see a “significant drop” in food and drink exports.

“Given food and drink is the largest manufacturing sector in the EU, employing more than 4.7 million people, we urge negotiators on both sides to facilitate a meaningful consultation with our industry,” the organization asserts.

“If you would like to lower the standards [in areas such as food, farming], there would be mechanism to protect us from any sort of unfair competition,” she told the program. “But the question I would like to ask is: what sort of discussion will your government have with other trade partners? Will you abide to American standards in terms of consumer protection for instance? This is still unclear to me.”

Among the EU27 Member States, Ireland has by far the strongest trade link with the UK. Close to 40 percent of Ireland’s food and drink exports are destined for the UK and more than 50 percent of its imports originate from the UK. Wine is the EU27’s most prominent product exported to the UK, while distilled spirits lead the EU27 imports from the UK.

Beyond Brexit
Alongside FoodDrinkEurope, other representatives across the EU agri-food chain, such Copa-Cogeca and CELCAA, have openly endorsed a Brexit deal that includes a free-trade deal with zero tariffs and quantitative restrictions between the EU and the UK.

The organizations point out trade between the nations, and the businesses behind it, employ 44 million people across the EU Member States, reflecting the degree of integration and complexity of the food supply chain.

“Despite the welcomed commitment to maintaining customs and regulatory convergence in future, we will not be able to replicate the advantages of the EU Customs Union and Single Market through an FTA. However, we hope to find a solution that is as close as possible to the current customs and regulatory agreement,” the agri-food associations affirm in a joint statement.

Without a pragmatic agreement, UK consumers face higher food costs and reduced availability of goods – that’s the assertion of a British Retailers Consortium’s (BRC) report on UK-EU negotiations. A Fair Deal for Consumers: EU Trade Roadmap outlines the retail industry’s priorities for the UK’s upcoming government negotiations with the EU. Similarly, it calls for a free-trade deal with the EU next to enforceable solutions on future compliance and regulatory checks.

07 Apr 2021 --- The European Specialist Sports Nutrition Alliance (ESSNA) is calling on the UK government to ensure that restrictions on foods meant to tackle childhood obesity do... Read More

26 Mar 2021 --- The European Commission has published its “Action Plan for the Development of the Organic Sector” with favorable gains for insect producers looking to... Read More

05 Mar 2021 --- Tesco has set a target to increase the proportion of sales from healthier products in the UK to 65 percent by 2025. The move is in line with an anticipated... Read More