You are in : All News > Amendment 171: 34 politicians protest plant-based dairy censorship in European Parliament

These Trilogues are negotiations between the EC, the European Council, and European Parliament. Plant-based dairy labeling restrictions are to be discussed here in mid-April, with pro-censorship sentiments heavily touted by the conservative dairy lobby.

A “climate-hostile” move
The call comes after Amendment 171, which opponents have slammed as “climate-hostile.” It was passed in the European Parliament, making it more difficult for consumers to choose plant-based foods – despite the climate crisis and an ever-increasing demand, notes ProVeg International.

“Amendment 171 was passed silently during the CAP votes in October 2020,” Lara Pappers, head of communication at ProVeg, tells FoodIngredientsFirst. “It was passed on a wrong understanding of its legal implications and no impact assessment has been executed.”

“There is no ‘win-win’ situation when it comes to plant-based dairy censorship or Amendment 171,” she notes. “The European Parliament rejected in October 2020 the veggie burger ban, which would rename’ veggie burgers’ to ‘veggie disks.’”

“It’s currently unclear what the chances [of a favorable outcome for the plant-based sector] are. In general the Trilogues are an untransparent political process.” 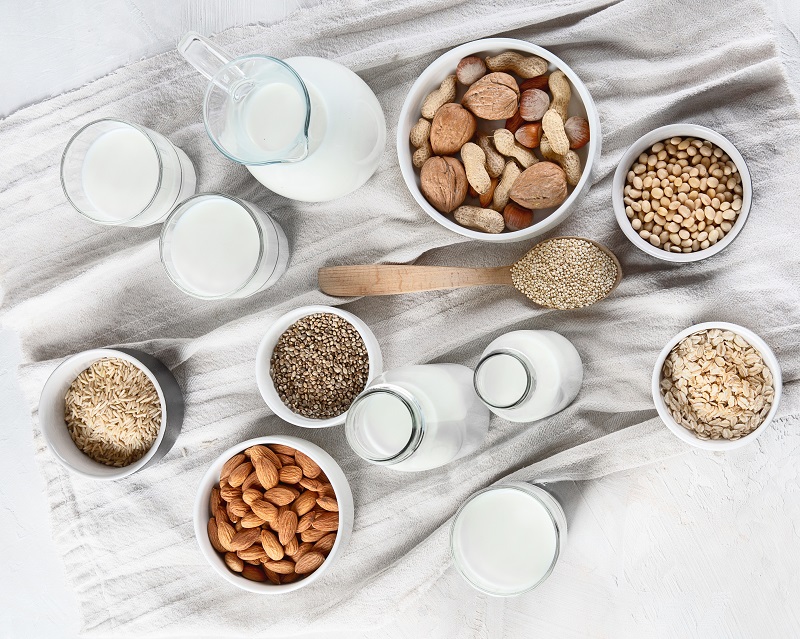 The amendment, if implemented, is flagged by ProVeg International as potentially threatening consumers’ right to information and companies’ right to fair competition. A rift in the lactosphere
In February, dairy-free yogurt giant Alpro added its voice to a coalition of nearly 100 plant-based proponents speaking out against the EU’s push to broaden the variety of banned “dairy-like” expressions in milk-free products.

The amendment, if implemented, is flagged by ProVeg International as potentially threatening consumers’ right to information and companies’ right to fair competition. Conversely, the European Dairy industry maintains it is crucial to protect these dairy terms.

“The Portugese EU Presidency has not been open to hearing the feedback and concerns from the plant-based sector, despite the fact that amendment 171 affects plant-based dairy companies, not the dairy industry.”

Further restrictions amounting to full censorship
The plant-based dairy sector is already limited in its use of certain terms such as “milk” or “yogurt,” but further restrictions would amount to censorship. And an impact assessment in regards to the amendment has not been conducted either.”

Amendment 171 would introduce “new, unnecessary and extreme restrictions” on the labelling of plant-based dairy products, asserts ProVeg. This would deprive consumers of essential information about the suitability of plant-based products in their diets, and directly contradict the sustainability goals of the EU Green Deal and Farm to Fork Strategy.

Phrases such as “contains no dairy” or “creamy texture” could also be banned under Amendment 171.

The same would apply to adverts mentioning scientific data showing that a product causes, for example, “half the carbon emissions of butter.” The amendment could even prohibit plant-based foods from using images of their own products on packaging.

Prohibiting functional descriptors
When enforced, Amendment 171 could prohibit the following describing a plant-based food, its taste, or function by referring to familiar “dairy” terminology.

In its most restrictive interpretation, this could result in bans on plant-based food packaging that looks visually similar to dairy packaging. (Credit: Oatly)For example, using wordings such as “like milk,” “creamy” or “buttery” to inform the consumer about the purpose, texture or flavor, either on packaging or advertising.

This includes informative descriptions, even if they are purely factual. For instance, using the phrases “does not contain milk,” “suitable for persons suffering from lactose intolerance” or “plant-based alternative to yogurt.”

Showing climate impact by comparing the carbon footprint of a plant-based food item with its dairy equivalent may also be prohibited.

The same restriction would apply to the use of a picture of a plant-based white beverage being poured at a breakfast table, or white foam swirling into a cappuccino.

In its most restrictive interpretation, this could result in bans on plant-based food packaging that looks visually similar to dairy packaging.

Oatly recently took to Instagram to demonstrate what an inconvenience this could be. In a lighthearted but serious video, company employees are seen struggling to consume their oat-based milk alternative drink through balloons, spray bottles, soap dispensers and other unusual formats.

“We can only hope that common sense will prevail; the lack of transparency is simply unreasonable,” concedes de Boo.

SimpliiGood and Haifa Group have signed a long-term agreement designed to transform the spirulina market. The collaboration is geared toward enhancing sustainability,... Read More