You are in : All News > Almond exec welcomes California downpours but rains do not quench long-term drought

12 Jan 2023 --- After heavy rainfall struck California following an extended drought, there was widespread concern for the state’s almond farms, which provide almost 80% of the world’s almond supply.

FoodIngredientsFirst talks to Richard Waycott, CEO of the Almond Board of California, to see how the industry is keeping its head above water. He flags how  backed up crops have led to lower prices and efforts for 2023 are focused on raising almond prices and return to calmer times.

“Our trees are dormant right now. So, the rain, even the flooding in orchards, doesn’t damage the trees or future yields. The bloom is determined in August and September, at the end of the harvest,” he explains.

“The success, or not, of the harvest, the variation and yield is determined by bloom, pollination and essentially sufficient water for the trees during the growing cycle from March through August.”

“We’re in this extended rainy and snowy period right now, and we’ve adopted a position for our planning which is that we’re never out of ‘drought mode.’ We live in a Mediterranean climate - it always has and always will go through wet and dry cycles.”

Waycott is optimistic for the almond farms following the recent rainfall.

“We had close to record precipitation last December. The precipitation seasons we’ve seen through this December were similar to December last year, but now this extends well into January,” he says.

“We will go into bloom in mid-February with plenty of moisture and hopefully start the year with our reservoirs back near where they need to be.”

Richard Waycott, CEO of Almond Board of California, is optimistic about the future of the crop. Weathering the storm
Figures provided by a spokesperson for the USDA highlight the climate issues faced by almond farmers last year.

“According to the 2022 California Almond Objective Measurement Report published July 8, 2022, California’s 2022 almond production was forecast at 2.60 billion meat pounds, down 7% from May’s subjective forecast and 11% lower than last year’s crop of 2.92 billion meat pounds. The forecast is based on 1.37 million bearing acres,” says the USDC.

The figures report the variability which has caused such concern.

“Growers reported that the almond bloom began in early February with favorable weather conditions for pollination. However, warm temperatures encouraged a shorter bloom period than in recent years. A freeze hit some areas during the last February week. Frost damage was observed, with reports that some acres would be left unharvested without a good nut set.”

“As drought conditions persist, water availability is a top concern for almond growers,” concludes the USDC.

Getting back to normal
Waycott’s main concerns lie with the current trends of the almond market.

“The real trigger for the industry, in terms of the outlook, is getting pricing of our product back up to where it needs to be,” he flags.

“Things have been pretty low for quite a while here. A lot of that was caused by this backup of the 2021 crop that couldn’t get shipped. In 2022 over 800 million pounds had to be worked through, and the world markets knew, which put pressure on producers to sell old crops to get new crops out.”

“The last eighteen months have been problematic for agriculture because of availability and the high cost of everything. I think what this industry needs now is to have a return to normalcy, to let growers pay down their lines of credit and let cash flow back into the normal cadence so that they can get shipments to customers on a timely basis,” he says.

Data provided by the USDC highlights the variable weather faced by almond farmers.Almond demand
Variable demand for almonds across global markets is another headwind the industry faces.

“It’s an interesting global landscape of what’s happening in different parts of the world. We’ve had a lot of different factors affecting markets,” outlines Waycott.

“We see a little weakness in the US market regarding monthly shipments, which is a little concerning. In the European marketplace, numbers haven’t been that bad there, but there’s concern over energy, inflation, flavor, being able to operate plants and consumers changing their conception patterns a bit.”

“In the Middle East, we see excellent numbers there and in North Africa. India’s increasingly doing a little bit better this year than where we started back in August in terms of our crop year.”

Waycott also notes some surprising trends within the almond market.

“This is mostly a domestic issue, but the paste for almond milk category is down, bringing down the total domestic shipment numbers. Possibly with the advent of oat milk and other milks, there’s a bit of a pullback there,” he notes.

“If you go into a supermarket, you’ll see so many alternative products, which consumers are trying – they always do – and maybe there’s more competition affecting the nut space than there may have been a few years ago.” 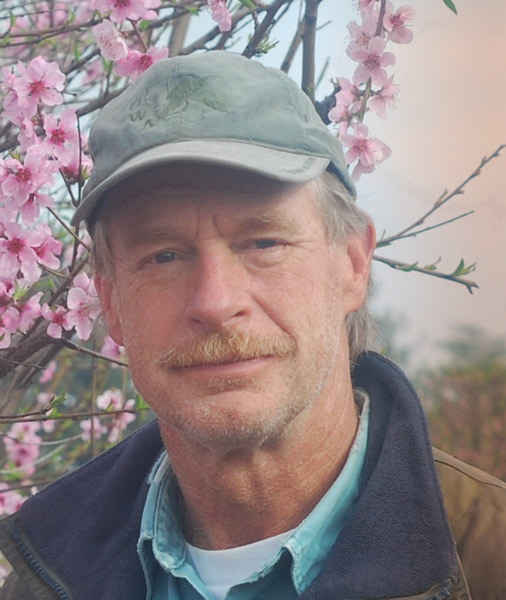 Dr. Tom Gradziel, almond breeder at UC Davis, notes the robust nature of almonds.Water management
With almonds growing in a hot climate and requiring a lot of water, the almond industry has sharpened focus on mastering irrigation.

“Our focus has been on using water efficiently and, more recently, groundwater recharge. In years like this, if we had all the infrastructure in place the way it should be, we would be capturing so much of this excess rainwater then putting it on acreage so it could percolate down into the aquifers,” says Waycott.

“The future is to manage our excess flows when we have them,” says Waycott.

“We derive 30% to 40% of our water from the Sierra snowpack through snowmelt, not only as drinking water but also for agriculture. It’s very integral to the life and livelihood of the state and a key factor in the success or not of the state’s family farms. Snow-pack levels are exceeding the average for this time of year, so fingers crossed,” he says.

“With many of our dams, the real impetus for building them was flood controls, but now a lot is going on with the management of these dams in terms of using them strategically to recharge groundwater systems, not just for flood control.”

Ultimately, Waycott is confident in the almond industry’s adaptability and water expertise.

“We are adaptable to climate change - the trends have been that we’re getting less snow which also melts faster in the mountains, so that means we need to be able to move that water and put it somewhere where it will be available, not just running out into the ocean.”

“Almonds have historically thrived in California, first under dryland conditions and currently under irrigated conditions. In many ways, almonds are an ideal tree crop for weathering climate change,” he explains.

“Rootstocks will be more important than varieties for enduring climate change, with almond and hybrid rootstocks showing particular promise.”

Dr. Gradziel notes the genetic route of adaptability to climate change as a viable path.

“Sustainability has long been an important issue to the California almond industry. Solutions to drought and other aspects of climate change are being pursued not only through genetic improvement but also through improvements in orchard and ecosystem management,” he concludes.

Almond Board of California

When you use almonds in your formulations, you’re not only adding great taste and nutrients; you’re adding a versatile ingredient that consumers demand. Almonds bring the perfect balance to any product, and people are eating them right up. In fact, since 2006, almonds have been the number one nut used in global new product introductions.* So go ahead and serve up some extra appeal with your next product, just make sure almonds are in.