You are in : All News > Alland & Robert’s acacia gum poised to take French e-market in first B2C launch

01 Feb 2022 --- Natural ingredient manufacturer Alland & Robert has released its ethically produced acacia gum – also known as gum arabica – for online consumers in France. The acacia gum comes from the senegal variety of acacia trees and is intended for home cooks, who may use it as an emulsifier, a vegan stabilizer or to add fiber to their diet.

Anne-Sophie Alland, head of strategy and development at Alland & Robert tells NutritionInsight the product has great promise on the market for private consumers, and is rising on the market, particularly as more people stay at home and experiment with healthy cooking.

She says it has multiple functional properties, with Alland & Robert calling the ingredient a vegan “prebiotic fiber” that can support gut health and “improve the nutrition profile” of recipes it is added to. 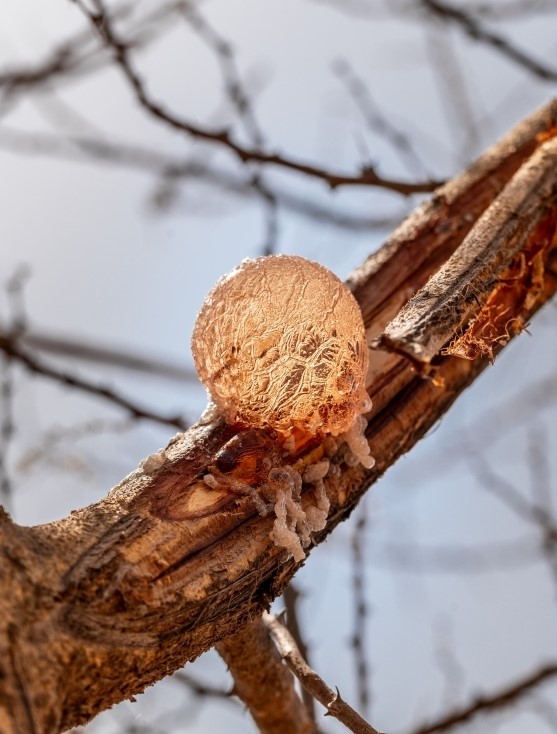 The ingredient is neither resin nor sap but a unique substance derived from acacia trees.Alland informs that acacia gum’s properties meet recent consumer demands, such as that for vegan, sustainable, natural and organic products. She notes that people are looking for healthy, natural ingredients, and that vegan and vegetarian diets benefit from including acacia gum in their diet.

Acacia gum: A vital industry for local communities
Alland & Robert’s acacia gum is grown and harvested within the African Sahel region, which Alland explains is the best region in the world to produce gum.

“Acacia gum can only be harvested in specific climate and soil conditions, which are only optimal in the African Sahel,” she says. Alland & Robert mainly source from producers in Chad, Mali, Sudan and Senegal.

According to Alland, the harvest and production of acacia gum is central to the livelihoods of millions in the region. Acacia gum production is also highly sustainable, with its trees requiring little resources to cultivate.

“Acacia gum is well known in the Sahel and its harvest is estimated to increase the revenue of at least 6 million people. Because acacia gum grows naturally on wild acacia trees, it’s not an agricultural product that requires seeds or water. The harvesters usually live close to the trees, collect the gum, gather it in their villages and resell it collectively on markets.”

The suppliers Alland & Robert buys raw materials from vary depending on the country. “There are some cooperatives we buy from, but most of the time, we work with local suppliers who buy raw materials directly from the harvesters.”

Acacia gum’s traditional uses
Alland explains that the ingredient has been traditionally used by people in the Sahel for a long time, and that more and more uses are being discovered for this product.

“There are reports of acacia gum being a food resource in Africa since the stone age, but it was probably also used in paint, as an adhesive or as medicine. The applications of acacia 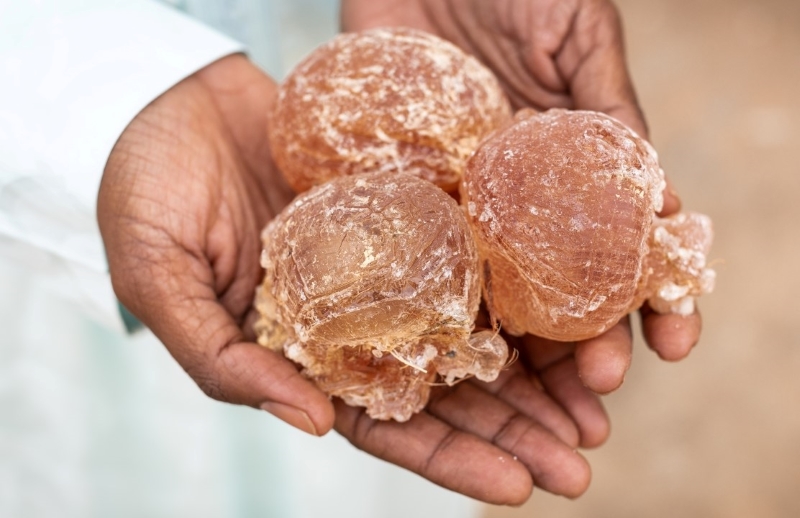 Alland says the ingredient has been used by locals traditionally long before it became popular in the cosmetics and food industry. gum then multiplied over time, especially as a cosmetic and food ingredient,” she says.

“Today, its industrial applications are numerous. We made acacia gum available to consumers because some of these applications are very useful in home-cooking: improving texture, adding fiber content, improving mouthfeel, helping to decrease sugar content or replacing eggs.”

However, Alland says the product is not as well-known to private consumers outside of the Sahel, and that Alland & Robert along with similar manufacturers are still tasked with informing the public of the product’s uses.

Alland & Robert’s corporate responsibility
“For years, Alland & Robert has supported projects that help to prevent the degradation of land in the Sahel, and protect the communities who live from tree products.”

“Last year, Alland & Robert created a company foundation that is dedicated to supporting communities and preserving the Sahel environment.”

Alland & Robert is an international leader manufacturer of natural tree exudates, with a strong focus on acacia gum, an entirely natural additive or ingredient.  Alland & Robert offers its clients the best natural gums thanks to a large network of raw material suppliers to ensure safety of supply, an ambitious quality insurance policy and international certifications, a dedicated R&D team and partnerships with internationally recognized universities and a commitment towards sustainability and active corporate responsibility policy.

Alland & Robert offers both senegal and seyal grades of gum acacia, useful for many applications:

Furthermore, Alland & Robert is the leader of gum karaya, mainly used in the pharmaceutical industry.

As an expert in gum acacia and gum karaya, Alland & Robert offers extensive products and services: