You are in : All News > Acrylamide: Young scientists receive grant to assess the risks 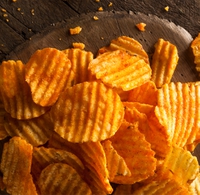 19 Sep 2017 --- A team of young researchers will examine a possible link between acrylamide and obesity, diabetes and fertility, thanks to a grant from the European Research Council (ERC). Investigating the possible health risks associated with acrylamide is the objective of the ERC Starting Grant, which has been awarded to young researchers at the University of Copenhagen.

The grant will allow the young researchers to focus even more on their already promising careers.

The acrylamide project has been awarded DKK 11 million (US$1.3 million), which will initially fund a research team due to work on the study over the next five years.

The grant gives the “career scientists” a unique opportunity to delve deeper into their research projects, according to the University of Copenhagen.

In addition to the acrylamide funding, four other university projects were also awarded other ERC grants.

The presence of acrylamide in food is considered a public health concern by the European Food Safety Authority (EFSA) as it increases the risk of developing cancer, and exposing babies and young children to the chemical compound is particularly concerning.

Acrylamide has been in the spotlight several times this year.

Analysis conducted by the Changing Markets Foundation reviewed the results of almost 9,000 laboratory tests conducted in Europe during 2015 in connection with levels of acrylamide in food, particularly in relation to babies and children.

It says that unpublished EFSA data shows a lot of food products exceed benchmark levels for carcinogenic content. According to the organization, one in fourteen food products tested in Europe in 2015 had dangerously high levels of acrylamide.

And earlier this year, the Changing Markets Foundation also said that ten percent of biscuits for infants and young children on sale in the UK had high levels of acrylamide.

15 Apr 2021 --- A Danish study reveals that 47 percent of consumers in Croatia, Greece and Spain are willing to try cell-based protein in spite of being unfamiliar with the... Read More

25 Mar 2021 --- Swiss cultivated meat start-up Mirai Foods has revealed that it is launching its cultivated beef burger patties at the end of next year. The company is eyeing a... Read More

17 Feb 2021 --- Alt-Meat innovator Redefine Meat has completed a US$29 million series A funding round led by Happiness Capital and Hanaco Ventures. The investment will be used... Read More

14 Jan 2021 --- Swedish ice cream brand Nick’s has landed US$30 million in funding to expand its production capacity, as well as its global reach with US and Germany at the... Read More