You are in : All News > Yeast on the rise: Lallemand strengthens grip on North American fermentation market with Canadian production site 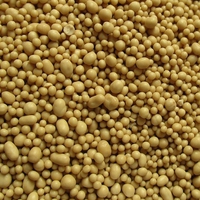 17 Jan 2020 --- Lallemand Bio-Ingredients, a global producer of yeast-based ingredients, has strengthened its position in the North American market with the acquisition and transformation of a new Canadian production site in Ontario. With the US border nearby, it is pegged as an ideal North American location for rapid customer response, already with several factories in the US, Canada, Mexico and other parts of the world. This move comes as demand for yeast extracts continues to grow in the North American markets, due to continued development of mainly clean label and plant-based areas of interest.

“With the new location in Cornwall, next to the US border, Lallemand increases its yeast extracts capacity and plays a key role in supporting the North American market expansion. Our dedicated sales and R&D teams as well as its geographical proximity guarantee optimal understanding of the market, reactivity and flexibility. A great advantage of Cornwall is that now more products are available within the North American Free Trade Agreement (NAFTA)/United States–Mexico–Canada Agreement (USMCA) trade agreements for Savory and Fermentation customers. Cornwall yeast extracts have a great fit in application with our US Torula yeast specialties,” says a company spokesperson.

After 18 months of plant refurbishment and investment in new equipment, Lallemand began production in mid-2019. Yeast extract is a functionally versatile natural food ingredient derived from the same yeast used for bread, wine and beer production. The ingredient can also improve, intensify and add depth of flavor to a range of foods. Depending on the particular yeast extract, flavors may include meaty, roasted, grilled, cheesy and fatty notes, with the overall richness of umami. With no synthetic, artificial or animal ingredients, yeast extract is suitable for many different food preparations.

Yeast extract is a key ingredient in the fast-growing fermentation industry. As a source of assimilable nitrogen and other nutrients, it can improve the performance in the fermentation of a broad range of microorganisms, such as bacteria, fungi and many others. According to The Good Food Institute, yeast is included in the definition of plant-based foods, despite belonging to the fungi kingdom and not biologically classified as a plant.

Despite the rise and fall of various trends in the food industry, clean label is definitely a stable one: consumers are mindful of their food and beverage choices, they request natural, recognizable ingredients as well as transparency. Natural products, or the extracts of those, are a great opportunity for food manufacturers to increase their market share and value proposition. Yeast extracts perfectly fit into this trend as key in the development of tasty, natural, clean label meals.

Lallemand’s yeast specialties are part of the plant-based innovative solutions developed to reproduce juiciness and taste for consumers used to meat and dairy sensorial properties but looking for alternatives.

Last year, ownership of yeast specialist Ohly’s production site in Hutchinson, Minnesota, US, was set to be transferred to Lallemand with a long-term supply agreement in place. Ohly has agreed to divest its Hutchinson Torula Yeast facility and associated Torula whole cell business to Lallemand, a global producer of yeast- and bacteria-based products, with immediate effect.

Rising yeast
Yeast’s rising popularity can be largely attributed to the burgeoning plant-based space. A recent report by The Future of Food found that 79 percent of food businesses are actively advancing plant protein in their portfolios or on their menus, closely followed by foodservice and restaurants (61 percent), retailers (52 percent) and meat producers and processors (34 percent).

“The Plant-Based Revolution” is pegged by Innova Market Research as the second most significant trend expected to influence NPD this year. Within the vegan meat space, the market researcher’s 2018 consumer survey showed one in five US consumers “have eaten less meat across the past year.” Meat substitutes accounted for 14 percent of global meat launches in the first nine months of 2018, up from 6 percent in 2013.

Meanwhile, beta-glucan, sourced from yeast, is set to overtake omega 3 in popularity in the years ahead. This is according to experts from the International Society for Glucan Research, who spoke to FoodIngredientsFirst’s sister platform NutritionInsight about how the immunomodulator is seeing increased interest, as new research bolsters various health claims related to a range of topics such as immunity, cholesterol management, wound healing and bone marrow protection. The dietary fiber taps into other trends including wellness and probiotics, but still lacks the prestige of more traditional nutrients.

15 Sep 2020 --- Industry is taking up the challenge to deliver an increased amount, and a greater variety, of clean label meat and dairy alternatives with improved nutritional... Read More

09 Sep 2020 --- Beyond Meat Food Co has secured an agreement to develop and manufacture plant-based meat products, including beef, pork and chicken, under the Beyond Meat brand in... Read More