You are in : All News > Weekly Roundup: Cargill invests €20 million in Dutch starch facility, Matcha KitKats to hit European shelves

22 Feb 2019 --- This week in ingredients news, Cargill invested €20 million in its Dutch instant starch facility, amid increased demand for convenience foods. Nestlé revealed that it will roll out green matcha KitKats, a classic in Asia, to Europe. Synergy Flavors inaugurated two new primary schools in Madagascar, which join four previously built facilities funded by the company in partnership with the Madagascar Development Fund (MDF), and Archer Daniels Midland (ADM) completed its acquisition of the remaining 50 percent stake of Gleadell Agriculture Ltd.

In brief: Ingredients news
Cargill has invested €20 million (US$22.5 million) in its starch production plant in Sas Van Gent, the Netherlands, to expand its instant starch capacity. The investment seeks to support the increased consumer demand for convenience food, according to Cargill. “Consumers have had to adapt their eating habits to their busier lifestyles, which has led to an increased demand for convenience food,” says Denis Palacioglu, Starch Product Line Manager, Cargill in Europe. “This investment in the plant allows Cargill to deliver on the current consumer demand and to prepare for even greater customer needs in the future.” The project includes the construction of a new building and the installation of two new roll dryers in the Sas Van Gent production facility. High food-safety standards and hygienic process design principles are applied to ensure product quality. It is expected to go live this summer. 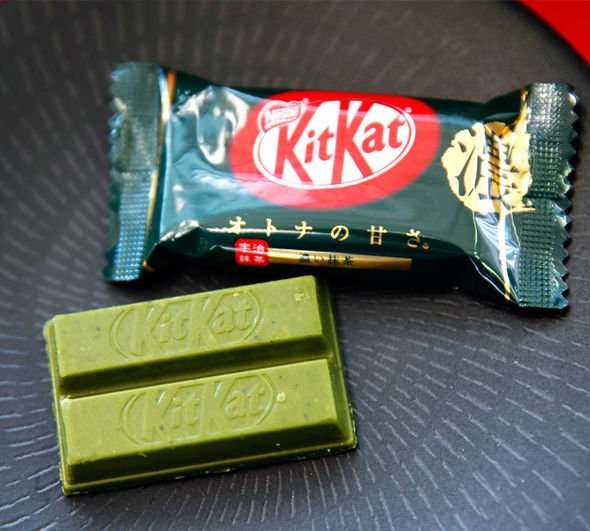 Click to EnlargeThe classic green tea KitKats have been a Japanese fan favorite for 15 years.brief: Product launches
The green matcha tea KitKat bars are set to hit select European stores, Nestlé has revealed. The classic green tea KitKats have been a Japanese fan favorite for 15 years and will now be produced in Europe, by infusing match powder with white chocolate to create the chocolate bar. Initially, the bars will be made in Hamburg, Germany, and rolled out across the country, and then they will be released in the UK, Sweden and Italy. “The launches of KitKat Ruby and KitKat green tea matcha are further proof of our commitment to our leading international confectionery brand. We have introduced other innovative flavors and premium products to KitKat, KitKat Chunky and KitKat Senses in recent years and there is more to come,” says Alexander von Maillot, Global Head of Confectionery at Nestlé.

In brief: Sustainability
Synergy Flavors has announced the addition of two new primary schools (currently under construction) in Antsirabe Nord and Menagisa, Madagascar, which join four previously built facilities funded by the company in partnership with the Madagascar Development Fund (MDF). “By building schools in areas that lack an adequate number of facilities for the population, we are creating a strong foundation for Malagasy children and driving transformative change throughout the entire region,”explains Rod Sowders, President and CEO of Synergy Flavors.” The two new primary schools will be completed and opened mid 2019. In 2016, Synergy Flavors completed the construction of two schools near Sambava, Madagascar, and two additional facilities were built last year in Antohomaro and Farahalana, Madagascar, to replace two others that were destroyed by Cyclone Enowa. The MDF is focused on improving the harsh daily lives of the Malagasy people, in part, by installing clean water systems as well as building and providing access to health centers and primary schools. According to the UN Development Program, school attendance in Madagascar is the third lowest in the world, ahead of Haiti and Afghanistan.

In brief: Recognition and awards
Corbion’s clean-label solution for inhibiting mold in bakery products is being honored by the American Society of Baking as a “bar-raising” innovation in natural preservation. Verdad MP100 was selected to receive the ASB Innovation Award in the Health, Wellness and Nutrition category. The award will be presented at BakingTech 2019, which will be held February 24-26 in Chicago. Labeled as “vinegar” and “natural flavor,” Verdad MP100 achieves clean-label status by rivaling both the functionality and flavor neutrality of calcium propionate, the synthetic solution most commonly relied upon by the industry for extending the shelf life of bread. “This recognition from ASB is truly an honor,” says Ashley Robertson, Market Manager-Bakery at Corbion. “The baking industry runs on innovation, and there has been a tremendous amount of effort focused on trying to give consumers the simpler, friendlier labeling they want without taking away the shelf life and flavor they've come to expect. We're proud and pleased that Corbion accomplished that goal with MP100.”

In brief: Appointments & retirements
Dr. Nesli Sözer has been appointed as a research professor in Smart and Sustainable Food Production at VTT Technical Research Centre of Finland. Dr. Sözer has been working as a principal scientist at VTT focusing on food material science, ingredient and food product design. Currently, she is responsible for the agile food processing theme at VTT and contributes by integrating agile manufacturing technologies to support personalized food production. Dr. Sözer will be responsible for creating scientific and technological excellence in the field of food production transformation. The focus of the work is on technologies and processing for sustainable and healthy ingredients and foods. “In the new food economy, personalization of food products will make a seismic shift in the manufacturing and retail sectors, and we are already feeling the shocks. Agile manufacturing technologies will reduce waste during food manufacturing due to on-demand production,” comments Dr. Sözer her new role.

In brief: Other highlights
GEA has introduced MultiJector 2mm – a new injection system for bacon and poultry. The new brine injection system is part of GEA MultiJector product family and is dedicated explicitly to precise bacon and poultry processing, for 700mm wide lines. The system features two millimeters OptiFlex needles, promoting a tight injection pattern and allowing for exceptional injection accuracy, product quality and consistency. The new equipment is seamlessly integrated with GEA SuperChill brine chiller and the GEA MultiShaker that removes excess brine and closes needle marks and activates proteins, ultimately resulting in low standard deviation during production and thus increasing quality, yield and profit. Following the significant interest shown by customers at its premiere at IPPE in Atlanta, Georgia (US) in February, GEA plans to debut the machine in Europe in May at the IFFA in Frankfurt, Germany, the international trade fair for the meat industry.

18 Jan 2021 --- Cargill is in talks to withdraw from its global sugar trading business. The agri-food powerhouse is now eyeing the potential sale of a 50 percent stake Alvean, a... Read More

09 Dec 2020 --- Cargill is expanding its European lineup of plant-based solutions to include pea protein varieties, expanding beyond its active markets for these products in North... Read More

30 Nov 2020 --- As a result of the COVID-19 pandemic and a subsequent increase in label-conscious consumption, many retail brands have continued or even accelerated their... Read More