You are in : All News > High Acrylamide Levels Discovered in Disney-Themed Kids Crackers 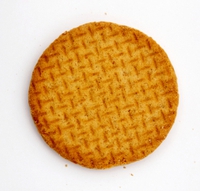 The CEH, which made the findings during independent testing of 22 animal cracker branded in the US, has now launched legal action against Walgreens and other companies for failing to warn consumers about the high levels of acrylamide in their products.

CEH wants to eliminate what it describes as a “health threat to children from acrylamide in animal crackers and ginger snaps”.

The “whole grain” Walgreens Disney animal crackers had the highest level of acrylamide out of the 22 animal cracker brands CEH tested. Health conscious parents are likely to choose this “whole grain” treat over white flour animal crackers, since they have no way to know that the whole grain variety contains high levels of the carcinogen, according to the CEH.

“Parents trust companies like Disney and Walgreens to make safe products for their children, but our testing shows that when it comes to these animal crackers, parents just can’t trust in Disney,” said Michael Green, Chief Executive Officer of CEH.

Acrylamide in food has been a serious concern since 2002 when scientists discovered the cancer-causing chemical in many common products. The chemical poses particular threats to young children: given their smaller size and the types of foods they consume, they typically take in twice as much acrylamide, per pound of body weight, as adults, according to the CEH.

Last year, the US Food and Drug Administration issued recommendations to consumers for reducing their exposure to acrylamide-tainted foods, and released a document giving food companies guidance on how to reduce the chemical in their products. Acrylamide is formed during frying, roasting, broiling, toasting or baking that results in browning of foods. In general, foods cooked to darker colors have higher acrylamide levels.

And just last week FoodIngredientsFirst reported how ten percent of biscuits for infants and young children on sale in the UK have high levels of known carcinogenic acrylamide, according to another survey - this time by the Changing Markets Foundation.

The Foundation partners with NGOs on market focused campaigns, with a mission to expose irresponsible corporate practices and drive change towards a more sustainable economy. It’s recent survey examined 48 types of biscuits on sale in Britain - including well-known brands like Little Dish and Ella’s Kitchen.

Acrylamide has also been in the national UK news recently after a UK Food Standard Agency study found people in Britain currently consume higher levels of acrylamide than is desirable and the risk of cancer from exposure is three times higher in infants compared with adults. As part of this the FDA warned that eating overcooked potatoes or burnt toast could increase links to cancer.

The Middle East is facing severe food shortages due to the war in Ukraine, which could spill into fresh conflict and uprisings, warns the UN’s World Food Program... Read More

Bioengineering specialist Renaissance BioScience Corp. has scored new patent allowances and grants for its acrylamide-reducing yeast, which reduces the formation of this... Read More