You are in : All News > Fighting food nationalism: India resumes some wheat exports, chicken relief in Singapore while WTO steps up

20 Jun 2022 --- International food markets are experiencing some relief as world leaders juggle the need to maintain bountiful domestic reserves and their desire to benefit from profitable exports, at a time when foreign currency – particularly the US dollar – is in high demand; all while trying to keep inflation at manageable levels.

There have been several moves to open up markets over the weekend which could ease pressure on international food supplies.

Singapore could benefit from Malaysia allowing some chicken varieties exports after weeks of halting its chicken exports in an effort to safeguard Malaysia’s domestic supply.

India is trying to negotiate individual deals with countries to secure their wheat needs, while the World Trade Organization (WTO) has reached a last-second deal to prevent governments from embracing food protectionism.

Meanwhile, food corridors in Ukraine remain blockaded by Russian forces trapping millions of metric tons of wheat in silos as a delegation of MEPs prepares to visit the Poland-Ukraine border to find solutions.

Fresh chicken in Singapore
Singaporeans will be able to buy fresh chicken soon again as a deal by the city-state and Indonesia will plug most of the gaps in the countries’ market.

“Singapore Food Agency (SFA) conducts documentary evaluations and on-site inspections to ensure that overseas establishments and farms are able to meet Singapore’s import requirements and food safety regulations before they can start exporting to Singapore,” says the SFA in a statement regarding Indonesia. 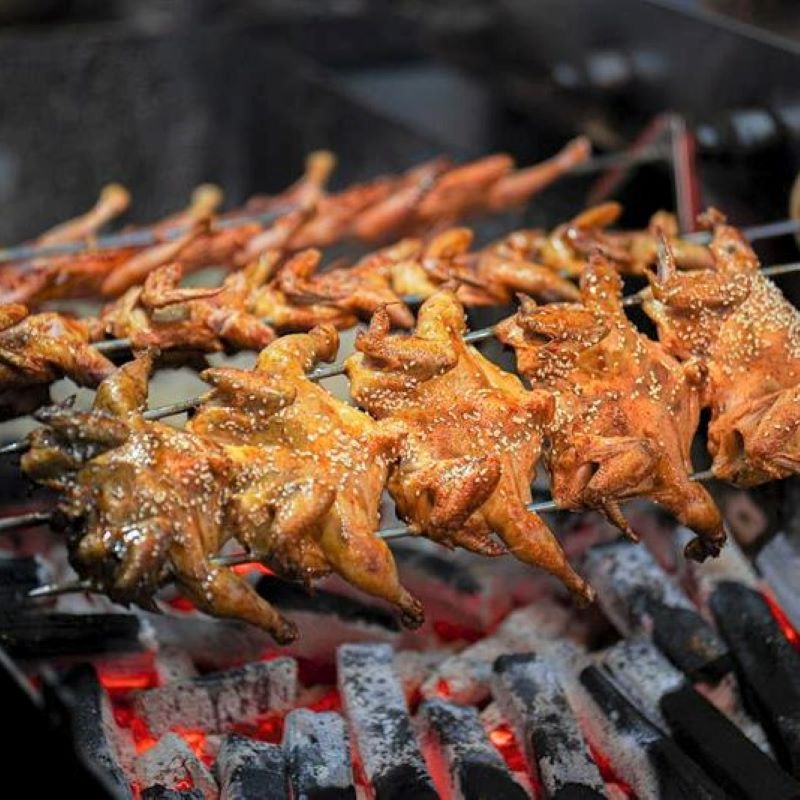 Singapore lost the practical totality of its live chicken imports with the Malaysian export ban.Currently, Indonesia does not sell chicken to Singapore.

The country will also receive frozen chicken from more sources after resuming the import of poultry and eggs from Spain, France, Canada, the UK and Japan. Imports were halted due to avian influenza (HPAI).

Malaysia partially lifts chicken ban
While a trade deal with Indonesia is in the works, Malaysia has decided to partially lift some restrictions on its chicken exports. However, the SFA remains cautious about the availability of fresh chicken in Singapore.

With the food authorities still campaigning for frozen chicken consumption: “Can you tell the difference between fresh and frozen chicken?” asks the SFA in a Facebook publication.

Poultry supplier and importer Kee Song Group announced that black chicken and kampong chicken will start arriving at markets from Malaysia, where a chicken export ban is still in place. However, these chicken varieties are less consumed.

In a statement, the Department of Veterinary Services of Malaysia announced that the ban was still in place for broiler chicken. Otherwise, the country’s government decided that black chicken, kampong chicken, hot dogs and nuggets will resume exports.

India resumes some wheat exports
The ministry of economy of the United Arab Emirates (UAE) has also announced that the country has reached a deal with India to resume wheat exports.

The UAE also imposed a moratorium on exporting and re-exporting wheat and wheat flour from India for four months. The ministry says in the statement that it “appreciates the solid and strategic relations” with India. This re-export ban would prevent the UAE from benefiting from India’s low wheat prices by selling it on international markets.

India defended it would keep providing wheat to countries that request it to meet its food security needs when it established its wheat export ban in mid-May.

India is also in talks with Bangladesh, Oman, Indonesia and Yemen to thrash out a similar deal to the one reached with the UAE. India is also providing humanitarian aid to Sri Lanka.

Meanwhile, sugar farmers in India are looking for clarity on the forthcoming sugar season that starts at the beginning of October.The UAE will not be able to re-export wheat or products made of Indian wheat following their trade deal with India.

In an open letter to Piyush Goyal, minister of commerce, industry, food and public distribution, the Indian Sugar Mills Association (ISMA) asks the minister to allow exports of at least 8 million tons of sugar next season.

The farmers expect stellar sugar production and reserves after a good monsoon season. ISMA also remarks that sugar prices continue to be stable even after record exports this year.

A sugar limit continues in the country for the current season set at 10 million tons, with expectations for the nation to bag US$4.6 billion in 2022 in sugar exports 2022.

The deal on fishing and fish subsidies was reached, which will help curb excessive fishing at a time when 34% of the global fish reserves are overfished.

Singapore brought back its resolution against export prohibitions or restrictions on the World Food Program. Reaching a deal that will secure humanitarian help to achieve the most food-insecure countries.