You are in : All News > COP25: Food sector urged to look beyond profit-driven model and accelerate sustainable systems

13 Dec 2019 --- As the UN Climate Change Conference (COP25) draws to a close today in Madrid, Spain, the urgent need to re-evaluate profit-driven food systems has been markedly underscored by businesses, world leaders and action groups alike. How to feed the world’s ballooning population, plant-based meat alternatives and dietary shifts toward reduced meat consumption have all been central themes of the climate change debate and its direct link to food security. The global food industry is key to finding the solutions needed as 2019 has been a year where sustainability and the environmental impact of food production continues to be in the spotlight.

“The private sector should expand its reach and not only focus on profits and return on investments but also pursue its ethical responsibilities to ensure the communities where they operate address poverty reduction, sustainable food security and societal wellbeing. Global companies are not only well-positioned to make a bold impact but have a clear social responsibility to do so,” stresses José Villalón, Corporate Sustainability Director at Dutch feed and nutrition company Nutreco.

Responding to COP25’s Climate Change (RTCC) event on Sustainability Aquaculture and Food Security, Villalón spoke on behalf of Nutreco’s aquaculture division, Skretting, about the essential role that the aquaculture industry must play in feeding the growing global population. “The industry needs to earn its social license to operate by enabling farmers to increase their food production by 50 percent while Nutreco cuts in half its’ environmental impact,” he explains.

Click to EnlargeClimate-smart agricultural production in developing regions remains a largely untapped investment opportunity.“Novel feed ingredients, such as protein from insects, or from bacteria fed on recycled CO2 as well as fermented algae producing high omega 3 are a few of several viable tools to achieve this ambition, but we cannot do it alone,” he adds.

Necessary action between large and small players was adjunctly emphasized by Earth Security Group (ESG), which presented at COP25 on the topic of leveraging finance to scale climate-smart rice production as the “cornerstone of global food security and is urgently needed to avert civil unrest.” The environmental body underscores that rice is a “largely overlooked” investment opportunity, with a “radical overhaul” needed in Asia and Africa.

ESG outlines that larger rice-producing countries, such as India and China, with extensive territories that cover a range of climatic zones, will have more space to shift rice cultivation to cooler areas that will become suitable for growing rice. However, smaller producers and importers in the tropical belt, such as countries in Southeast Asia and West Africa, lack such flexibility to adapt.

“It is our decision: to go down with this ship or to change course immediately. This is the time to act,” concludes Tijjani Muhammad-Bande, President of the UN General Assembly (PGA). 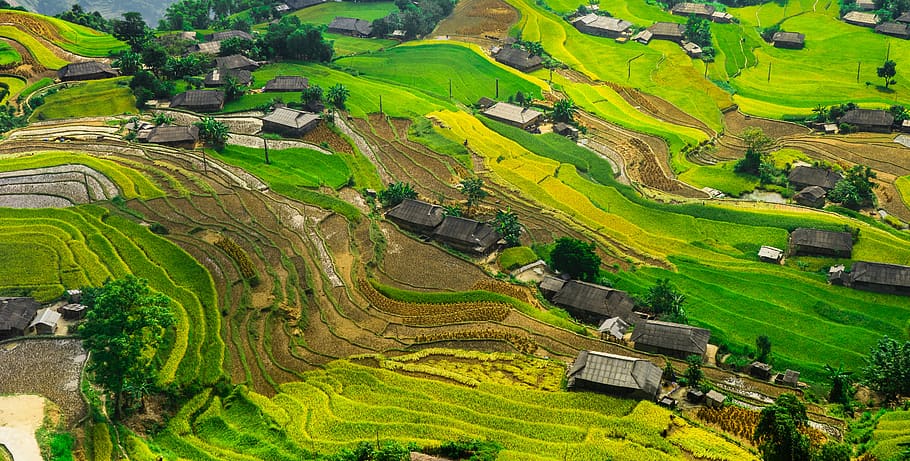 Click to EnlargeClimate change is proving most hard hitting for agricultural communities that lack the reactionary capabilities.Vulnerable regions need greater attention
Last year was marked by a spark in global debates on climate change, which saw key players in the food industry setting ambitious goals to reduce greenhouse gas emissions, cut down on waste, use energy efficiently and streamline strategies. The ongoing movement is tackling a profound challenge that poses direct implications on food safety, supply chains and raw materials. Limiting global warming to 1.5°C would require rapid, far-reaching and unprecedented changes in all aspects of society, according to a report by Intergovernmental Panel on Climate Change (IPCC).

In mitigating climate-related issues, the notion that industry should “coalesce” and work together in a non-competitive space has been a long-running sentiment among both public and private stakeholders. This was emphasized by the InterAcademy Partnership (IAP) ahead of last year’s IPCC climate change warning that spurred the race to drastically cut down carbon emmissions.

Consumers increasingly expect companies to invest in sustainability, with Innova Market Insights research indicating that 85 percent of, on average, US and UK consumers expected companies to invest in sustainability in 2019, up from 64 percent in 2018. In the area of food waste, upcycling is the new recycling, as companies strive to follow a zero-waste approach by creating value from by-products. Meanwhile in packaging, the focus is on using less of it, as well as developing sustainable alternatives.

At COP25, increased South-South and Triangular Cooperation – referring to the exchange of expertise between governments, organizations and individuals – was outlined as especially critical for developing nations to address climate change and achieve the UN’s Sustainable Development Goals.

“Climate change is compromising agricultural production, especially for vulnerable people in vulnerable regions who are more exposed, less resilient and have fewer coping mechanisms,” stresses Qu Dongyu, FAO Director-General, outlining that South-South and Triangular Cooperation can be “a game-changer” as it offers “innovative models to promote change and reform.”

Click to EnlargeMAX Burgers was recognized for its “climate labeled” menu in the “Climate Neutral Now” category.
Three sustainable food-centric initiatives garnered recognition for their efforts in scaling up green agriculture and production.

At COP25, MAX Burgers received recognition in the “Climate Neutral Now” category of the Global Climate Action Awards. In 2008, the Swedish family-owned company became the world’s first restaurant chain to “climate label” its menu and carbon offset for 100 percent of all emissions. In 2016, a new menu was launched, with five times more non-meat-options. The company says this has already has lowered its climate impact by 18 percent. In June 2018, MAX Burgers launched its entirely climate positive menu. MAX’s overarching mission is that by 2022, every other sold burger should be “something other than red meat.”

“We are very proud to represent one of the award-winning projects and for being acknowledged by the UN, which naturally gives credit and credibility to our long and thorough sustainability work. MAX is a large company in Sweden, but a small company in the world, so the most important thing we can do is inspire others to do more for the climate,” Marita Wengelin, Head of Public Relations & Press Office at MAX, tells FoodIngredientsFirst.

Impossible Foods, maker of a “bleeding” veggie burger, took home an award in the “Planetary Health” category. The Silicon Valley food tech start-up states that its model proves three things – that consumers will “enthusiastically receive and pay for plant-based meat alternatives”; that this can be accomplished across all relevant sales channels that are necessary for impact scaling; and that their proprietary technology and food science platform can drive expansion across the entire industry, not just for Impossible Foods.

Also in the “Planetary Health” category, Belgian city Ghent was awarded for its sustainable urban food policy. Under its policy “Ghent en Garde” the city aims to locally strengthen short food supply chains, increase sustainable production and consumption while also allowing for better access to food and decreasing food waste. “In a few years’ time, we have put in place a food policy that positions us among the leading cities worldwide. But the challenges remain huge. This award is a real push forward to stay ambitions,” a spokesperson of the food policy tells FoodIngredientsFirst.