You are in : All News > Weekly Roundup: Symrise recognized for biodiversity, 94% of US households buying frozen produce 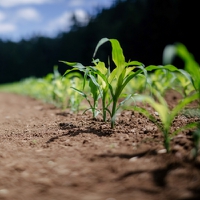 18 Nov 2022 --- This week in industry news, the German Society for Sustainability (DQS) honored Symrise for its commitment to biodiversity. Olam food ingredients (ofi) expanded its innovation capabilities with a new Customer Solutions Center in Singapore, and Koa became the first cocoa fruit brand to join the B Corp community. Meanwhile, food security moves further into the spotlight and The Vegan Society revealed new analysis of plant-based labels.

In brief: Business moves
Symrise has received the Sustainability Heroes Award from DQS for the third time.The jury recognized the winners’ commitment during a recent online conference, out of 60 nominees, six companies received the coveted seal. Symrise impressed the jury in the Biodiversity category. The jury praised the company’s “comprehensive agenda, clear goals, effective organizational structures and development projects.”

Admaius Capital Partners has made an undisclosed investment in Power Brands, the parent company of Céréalis – a Tunisian producer of salted snacks and a significant producer of baked goods. Admaius will partner with the current owners of Power Brands, the Gahbiche family and Ekuity Capital, a Tunisian private equity investor, to build a leading branded FMCG platform through organic growth and selective acquisitions to expand and build on Céréalis’s portfolio of strong local brands.

In brief: Sustainability efforts
Koa has been recognized for its socially responsible business just five years after establishing its innovative cocoa fruit venture. The Swiss-Ghanaian start-up received a B Corp Certification with a score of 95.7 points.

DSM has confirmed that its target to cut scope 1 and 2 greenhouse gas (GHG) emissions has been determined to be in line with the latest climate science and in keeping global warming to no more than 1.5°C by the Science Based Targets initiative (SBTi). An initial target to cut total direct emissions from 2016 levels by 30% by 2030 was confirmed in 2019. This was updated to 50% in 2021 and 59% in August, following an assessment of DSM’s plans to achieve net zero by 2050. This new target is now validated alongside the plans to achieve it by the SBTi. As part of its strategy, DSM aims to source 100% of its electricity worldwide from renewable sources by 2030.

Danone revealed a new global energy excellence program, Re-Fuel Danone. The program will transform the energy footprint of Danone’s sites worldwide, significantly increasing its renewable energy sources. The key commitments of the Re-Fuel program include; improving energy efficiency by 30% by 2025, considerably increasing Danone’s use of renewable energy, such as biogas, biomass, solar and hydrogen and reducing the company’s scope 1 and 2 emissions by a minimum of 42% by 2030. Meanwhile, 100% of electricity will be from renewable sources, and half of all energy will come from renewable sources by 2030. To deliver this program, Danone will harness digital innovation and its existing engineering expertise and expand on partnerships with local renewable energy providers.

In brief: Plant-based highlights
Future Meat Technologies has rebranded to Believer Meats as part of abroader strategic transformation into a technology-fueled food company preparing for its US launch in 2023. Although the brand name will change, Believer Meats will continue to utilize the company’s proprietary technology in developing animal fibroblasts to replicate the same taste and texture as traditional meat products.

Kansas Protein Foods, a manufacturer of plant-based proteins for the food industry, manufactures its products onsite at its Hutchinson, Kansas (US) facility, which has received a Level 2 SQF certification. The company’s Imagic Plant-Based Chorizo CS 202 Crumbles are a flavored ready-to-eat textured vegetable protein made from soy flour formulated to resemble cooked chorizo in flavor, aroma, texture and color and is suited for a wide range of applications and food systems.

In brief: Miscellaneous highlights
The European Investment Bank (EIB) and the UN’s International Fund for Agricultural Development (IFAD) have signed a financial agreement. The EIB will lend IFAD €500 million (US$516 million) in support of IFAD’s targeted loan program that aims to improve food security and reduce poverty in rural areas. The new EIB financing will strengthen IFAD’s urgent response to assist small-scale farmers in adapting to climate change and coping with the current global food, fertilizer and fuel crisis.

In brief: Food research
The Vegan Society has released a report entitled What’s in a name? in light of World Vegan Month (November). An analysis of vegan and ‘plant-based’ labels; the first in a series exploring whether the term ‘plant-based’ is a help or hindrance to the vegan movement. The UK vegan charity has joined forces with The University of Manchester for a research project analyzing the use of ‘vegan’ and ‘plant-based’ labels and how their usage might impact the vegan cause. There is a lack of data on UK markets regarding consumer attitudes toward ‘plant-based’ and ‘vegan’ terminology. However, a previous Vegan Society survey undertaken in 2020, whose key findings included a near 50/50 split between people preferring the term ‘vegan’ (53% of 1,000 respondents) and those preferring ‘plant-based,’ sought to fill this gap.

We understand your business needs and we share the same dedication. Combined with ourglobal reach andlocal expertise, we work with you to innovate, to improve and to grow.

Together, we have the agility and knowledge to deliver sustainable solutions in taste, texture and health so that you can enjoy it all.