28 Jun 2019 --- This week, the UK Department of Environment, Food and Rural Affairs (DEFRA) has announced that it will introduce “Natasha's Law,” which will require all food businesses producing pre-packaged foods (such as sandwiches or salads) to include full ingredient lists, including all potential allergens. Also, more stringent requirements to achieve sustainable cultivation of palm oil are being pushed through the mandatory Malaysian Sustainable Palm Oil (MSPO) scheme. Wheat and starch specialist, Kröner-Stärke, has launched new Vital Spelt Gluten and Spelt Starches – produced from 100 percent spelt flour – to fulfill market demand for spelt products.

In brief: Legislation
UK’s DEFRA will introduce “Natasha's Law,” which will require all food businesses producing pre-packaged foods (such as sandwiches or salads) to include full ingredient lists, including all potential allergens. The new legislation will be tabled by the end of the summer, with the expectation that companies will comply by 2021. The British Dietetic Association (BDA) was one of a number of organizations that pushed for stricter rules on allergen and ingredient labeling as part of a consultation held earlier this year. The law is being named for Natasha Ednan-Laperouse, a teenager who tragically died after suffering an allergic reaction to a Pret a Manger baguette. It is hoped the new legislation will make it easier for those with food allergies to identify products that are safe for them to eat. Current laws do not require food prepared “on the premises” to display allergen information in writing, with customers expected to ask staff, who may not have fully accurate information. Research by Allergy UK has shown that as a consequence, allergy sufferers sometimes lack confidence buying food out, and others knowingly take risks on foods they are not sure are safe. The BDA continues to support the Food Standard Agency's #EasytoASK campaign, which encourages those with allergies to ask about allergens when eating out.

Stevia-based sweetener company SweeGen has received GRAS (Generally Recognized As Safe) status from the US Food and Drug Administration (FDA) for its non-GMO Bestevia Rebaudioside E (Reb E) stevia leaf sweetener for use across food and beverage categories. Coined Bestevia e+, the company's newest stevia sweetener is made using a plant-based conversion process. It also contains E 95%, Reb M, as well as other stevia compounds, as described by the company.

Wheat and starch specialist, Kröner-Stärke, has launched new Vital Spelt Gluten and Spelt Starches – produced from 100 percent spelt flour – to fulfill the demands for spelt products on the market. The clean label products, produced without the use of microbicides, contain no additives and are GMO-free, states the company. Vital Spelt Gluten is ideal for breads, bread rolls, pastries and baking mixes as it has excellent visco-elastic properties, helps to increase volume and stabilizes doughs and batters. In addition, due to its water absorption properties, the ingredient helps keep baked goods fresher for longer while aiding texture control. With Europe experiencing an upward trend in consumers opting to follow plant-based diets, Vital Spelt Gluten is marketed as an ideal meat replacer in burgers, sausages and nuggets, giving good texture control and “bite” as well as being an excellent source of protein. The Spelt Starches range of Kröner-Stärke includes native and pregelatinized starches which are used for a wide range of different applications. Native spelt starches are mainly used in fine bakery products, such as in pound cakes or cookies, where volume, a fine crumb structure or a crunchy structure is key. The manufacturer avoids using E-number-containing additives. 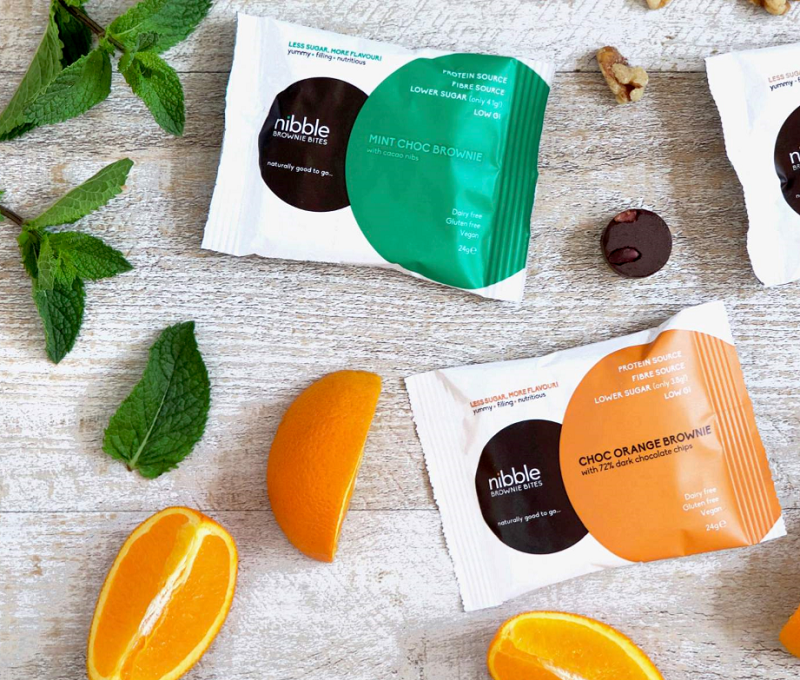 In brief: Business
Ice-cream company Froneri has released its annual results for the year ended 31 December 2018, noting solid revenue growth and that its significant investment program will continue. In the report, the company notes that global A Brands revenue is up 17.9 percent, driven by successful marketing and promotional investment. Private label revenue is up 13.7 percent, supported in part by hot summer weather in Q2 2018. Significant investment in innovation and capability stands at €193.7 million, as well as an optimized performance by introducing the latest technologies available in the international market with 12 new lines established. They also note the successful leverage of international scale by launching A Brands into new markets, such as Mondelēz now being available in 17 countries and Extrȇme roll-out to the UK and Spain. Commenting on the annual results, Froneri CEO Ibrahim Najafi says: “Since our creation in 2016 we’ve worked hard to bring the Froneri family together into one winning team dedicated to producing consistently high-quality ice cream in all our markets. I’m immensely proud of our culture where we all understand what excellence looks like, and the significant progress we have made towards achieving our vision of building the world’s best ice cream company.”

As part of the expanding Stern-Wywiol Gruppe, ingredients manufacturer DeutscheBack is reportedly stepping up its international presence. In total, the company currently has access to a network of 16 affiliates abroad that have in-depth expertise in their respective regional markets and, in some cases, their own research or production facilities. Just last year, the company opened new production and development sites in Malaysia and Mexico and there are further plans for a new technology center in Egypt. Local staff capacities at the existing sites have been topped up and restructured, enabling the company to focus on the baking goods industry. DeutscheBack holds a portfolio of baking concepts, baking premixes, enzyme systems, fresh and vegetable cream stabilizers and anti-staling agents. More than 100 technologists, master bakers, millers and enzyme experts work at the Stern-Technology Centre in Ahrensburg near Hamburg.

A US study suggests that people with physician-diagnosed food allergies are less likely to become infected with SARS-CoV-2, the virus that causes COVID-19.Without easy... Read More